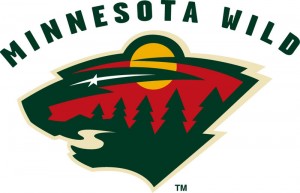 The Minnesota Wild continue their success in the Northwest division and Western Conference. The team’s 41 points in 29 games lead the NHL and first year head coach Mike Yeo has them believing that success in St. Paul can be maintained without the trap. The Wild have battled back from various deficits in multiple games and the players have successfully bought into a system that has allowed them to keep a stronghold on the Western conference playoff picture. Here are seven reasons for the Wild’s consistent success this season:

7.) Overall, the Wild have only lost seven times in regulation so far this season. Three overtime losses indicated that the team played well enough to earn two points, but only came away with one. While Minnesota has lost by two or more goals only five times this season, the rest of their losses (regulation & overtime) have been decided by one goal. Aside from the games that the Wild have lost in a decisive fashion, they have competed against the tougher teams in the Western Conference (Detroit, Vancouver, San Jose, and Los Angeles). Look for the Wild to continue their early success as the team shows up on a nightly basis hungry for two points.

6.) Avoiding long losing streaks has been a specialty of this club. The Wild have had five separate two-game losing streaks, with three of those streaks coming in the opening month of October. Even the losing streaks in the beginning of the season were mitigated by the fact that the Wild gained a point in three of the six contests that they lost. Instead of dwelling on losses, the Wild seem to come out motivated to win every game, regardless of the result(s) that they experienced in previous games.

5.) On the other hand, prolonged winning streaks have propelled the Wild to the top of the Western Conference and Northwest Division. The Wild have enjoyed a couple of five-game

winning streaks and are currently on a very respectable six-game winning streak. The current streak has featured wins against Los Angeles, San Jose, and the New Jersey Devils. While many might not consider the aforementioned teams to be powerhouses by any stretch, the Wild avenged their earlier losses to the Kings and Sharks, and did so on the road. Above all else, the Wild’s ability to consistently win away from the confines of the Xcel Energy Center has put the team a notch ahead of its Western Conference competition.

4.) As previously mentioned, the Minnesota Wild are road warriors. The team has lost only three times in regulation while playing on the road and four of the wins from the current six game winning streak have been obtained on the road. Even though success on the road can be hard to keep up throughout the season, Minnesota’s resiliency has shown hockey fans that the Wild bring the same type of physical and relentless play to any arena or facility.

3.) Goaltending Galore. I had to put that one in bold since Minnesota goalies have turned in spectacular performances throughout the season. Who wouldn’t have wanted to see what 51 year old print shop owner Paul Deutsch could do between the pipes? With the way that the Minnesota netminders have been playing this season it isn’t surprising to see why the Wild have enjoyed the most success in the NHL thus far. More recently, an injury to Josh Harding allowed Matt Hackett to step in and continue where Backstrom and Harding had left off. At this point in time, it doesn’t seem that it matters who plays between the pipes for the Wild as Hackett came on in relief of an injured Josh Harding and saved all of the shots that he faced (34) on Tuesday night. In another strong performance against the Kings, Hackett turned away 42 of 44 Los Angeles shots en route to his second straight win.

2.) Clutch scoring and a commitment to a game plan have enabled the Wild to come back from various deficits. While the Wild have shown that they have a penchant for coming from behind, especially in the third period, they have recently shown an ability to immediately answer oppositional scoring as evidenced in the victories against the Devils and Sharks. Mikko Koivu has remained a constant offensive threat, but recent contributions from the likes of Pierre-Marc Bouchard have made the Wild an extremely difficult team to play against, let alone defeat. Even though conservative efforts in the modern day NHL might not garner a team many wins, the Minnesota Wild have made a living off of tightly contested games that do not feature much scoring.

1.) First year head coach Mike Yeo has been the driving force for the success of the Minnesota Wild. Yeo has always been a winner and his time spent as an assistant coach with Dan Bylsma

and the Pittsburgh Penguins organization undoubtedly helped mold him into the cerebral tactician that he is today. One of the main keys to hockey success lies within the coach’s ability to maintain his team through thick and thin. Mike Yeo’s demeanor has obviously rubbed off on his team and it is evident that the Wild, as a collective unit, believe in their head coach’s philosophy. Abandoning a system such as the trap could have had an adverse effect on the Wild, but Yeo successfully instilled a sense of confidence in his players that allowed them to transcend their game and style of play. As long as Mike Yeo keeps his players motivated and playing physical hockey, the Minnesota Wild will be a difficult opponent for Western and Eastern Conference opponents alike.