The Winnipeg Jets record is currently 1-1-1 after a quick two-game road-trip visiting Boston and Washington. The first game saw the visitors fall to the Bruins in the shoot-out after a wild back and forth, ‘see-saw battle’ for three periods and overtime. The failings for the Jets could be the inability to convert on the power play in overtime with two opportunities. 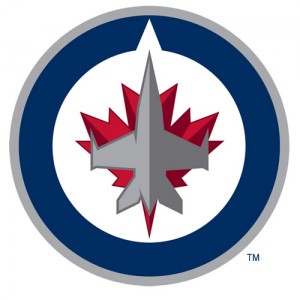 This event was part of a comment from Adam Wazny, formerly of the Winnipeg Free Press, on TSN Radio 1290’s post game show. Wazny made the statement by surmising that most teams end games when they have an overtime power play. I questioned that fact on Teddier and then wondered what is the power play percentage league wide in OT? If you want to know you can read about it Here

The end result for the Jets is that they earned a point against a tough team in a building they have not had much success in, unlike Washington the next night. In the capital city the Jets were 3-0-1 last season and continued that success with a 4-2 win Tuesday night.

Now Winnipeg Jets fans have a three game sample to make some sort of opinion about their beloved team, but what should it be?

A three game span is hardly a significant, or meaningful sample size but in a 48 games season it represents a 6.2% sample compared to 3.6% in an 82 game schedule. The first thought that has to come is 3 of 4 points on the road is a good thing and can it be reproduced.

Winnipeg earned just 33 points out of a possible 82 on the Road last season just .402 points percentage. Only the Lightning were worse in the Eastern conference. It’s unreasonable to expect that the Jets will continue a .750 pace for road points this season but what happens if they can manage a modest improvement to .450 or .500?

Should the road record improve and the home points percentage stay flat, one could forecast the Jets with 54 points and .562 points percentage. Is that enough to get into the post season? More importantly can the Jets improve in one critical area without sacrificing another? That is the challenge for Noel and his staff as they have more than a few areas with which they must raise the performance level.

It’s probably unlikely with the moves Tampa, Carolina and Florida have made to expect such a strong record coming out of the south east so the Jet have to build on their play against the Atlantic. This division features the Rangers, Flyers, Penguins, Jersey and Islanders and even with the Islanders there is no easy win or sure thing in that group for Winnipeg.

While Jets fans are excited and intrigued about the new line combinations and developing chemistry between Kane and Wheeler, Ladd and Antropov, and Burmistrov with just about anyone the first test of improvement comes this weekend. On Friday the Jets host the Penguins followed by the Islanders on Sunday two Atlantic division opponents before three of four after against south east rivals.

Perspective is everything and coach Claude Noel knows that too. He’s focussing on the little things knowing that improvement with those should help achieve greater success with the bigger things, like wins.

Three games in is a small sample size as I stated above but the season is small too and the teams that fix the little things sooner as opposed to later may be the ones seeing success. The first game was nothing to remember but the adjustments made in games two and three are the moves that took the Jets so much longer to make last season. That’s a positive even if we need to keep perspective.

Pete hails from Vancouver but spends his life in Winnipeg. When not looking at hockey in some didactic nature Pete coaches his two sons’ hockey teams. An insurance professional by day but at night Pete can be found debating eras of the Grateful Dead or recent jam explorations of Phish.