The Chicago Blackhawks have been busy of late, just like every other team in the National Hockey League. They’re working diligently on preparing for their 2021-22 campaign. It’s a long and arduous process, which is ongoing throughout the season. But it all starts with training camp and preseason games. The Blackhawks wrapped up their last of six exhibition games over the weekend. Just a few more days of camp remain before the first regular season competition on Wednesday, Oct. 13. I previously wrote about some storylines to watch in training camp. Let’s take a look at these storylines to see where the Blackhawks stand as they head into the season opener.

It didn’t take long for Jonathan Toews to establish himself again after missing all last season with Chronic Immune Response Syndrome. In the very first preseason game against the Detroit Red Wings, he led the team with 22:48 minutes of ice time. He centered the first line between Dominik Kubalik and Philipp Kurashev, and won 71% of his faceoffs. Oh, and then there was his assist on Kubalik’s goal, and the captain’s lovely shootout tally. Looks like old times doesn’t it?

But that was just the first game! Toews suited up for four of the Blackhawks’ six exhibition tilts. In their 6-4 win in Detroit on Oct. 4, he recorded three primary assists. On Saturday, he ended the night with two power play goals. He was dominant at the faceoff dot throughout, winning 51-of-74 faceoffs, for a 69% success rate overall.

Related – How Toews’ Return Will Impact the Blackhawks

Toews told the media on Saturday he was “absolutely” planning on playing in the season opener this Wednesday. He expressed how pleased he was with the way his body has responded so far.

I’m pretty happy, given what the last month has looked like and what I felt like going into training camp. I just feel like I’ve taken a step almost every day, so it’s pretty exciting to think that way. I’ve got to stay with it and keep doing all the little things right, but ultimately I like that I feel confident, my game is there, my energy is there, so I’ve just got to keep taking care of my body.

It’s a long season, so we can only hope things continue in this positive direction. But for right now, it’s good to know Toews is ready to roll.

Numerous young prospects were fighting for a spot this year, making for a very competitive training camp.

First and foremost, I’d like to talk about Kurashev. While not technically a prospect since he played 54 games last season, he wasn’t even on my radar for my original storylines post. I just assumed Kurashev would be Rockford-bound based on being waivers exempt. But the 21-year-old has come in and quietly proved he’s by far one of the best 14 forwards on the team. Kurashev has lined up on the second line next to Toews and Kubalik for most of the preseason, and excelled in this spot. I would be extremely surprised if he didn’t start the season with the Blackhawks.

Another big story is the 2020 17th overall draft pick, Lukas Reichel. The 19-year-old had a good camp, showing his potential as an elite and skilled player. In his first preseason game he lined up on the third line with Henrik Borgstrom and Alex Nylander. But in his second game he was promoted to the second line with Toews and Brandon Hagel. He performed well and didn’t look out of place, but it just wasn’t enough to get him over the hump.

Reichel was assigned to the Rockford IceHogs on Oct. 6, just ahead of the fifth preseason game. Considering the Blackhawks’ forward depth this season, it makes sense to be patient with Reichel. He will likely play a top role with the IceHogs and further develop his play and his confidence. While I wouldn’t be surprised to see him with the big club at some point this season, for now Rockford is where he should be.

Borgstrom is also not a prospect, but I’m grouping him here because of his limited NHL experience (58 games) and his newness to the Blackhawks. He started off slow but looked better and better as training camp progressed. Prior to Saturday’s final preseason tilt, head coach Jeremy Colliton shared what has impressed him so far about Borgstrom’s game.

Colliton: "Borgstrom’s shown he’s a real good center — responsible, pretty solid on faceoffs and down low [in the] D-zone. He’s got a chance to produce for us. So [now we're] just trying to see if we can maybe play him UP the lineup. Can he play wing?" Said he'll play LW tonight.

Sure enough, Borgstrom did well in this spot, recording a goal and registering four shots on goal, one takeaway, two hits and two blocked shots in 14:58 minutes of ice time. I’d say he’s done plenty to earn a spot on the opening night roster.

The final forward prospect still holding out for a spot is MacKenzie Entwistle. He’s had a very strong and impressive camp. He showed some offensive flair with three goals and an assist in five preseason games. He also proved he can play center and wing, as well as be responsible defensively. Kudos to Entwistle for his progression. But you also don’t want Entwistle being with the big club and a frequent healthy scratch as the 13th or 14th forward. He’s also waivers exempt, and could be much better served playing big minutes in Rockford. Either way, he’s making it a tough decision for the coaching staff.

In addition to the prospects, one must consider the veteran forwards who are also competing for the remaining spots on the roster. Brett Connolly was the first casualty, being placed on waivers on Oct. 5 and assigned to Rockford on Oct. 6. Although Colliton praised him for coming to camp in shape and prepared, the 29-year-old pretty much had everything going against him. He’s a depth player at best, and the younger talent was hard to compete with. He also has a $3.5 million cap hit. The Blackhawks need some help getting cap compliant for the season, and burying Connolly’s salary was a good start.

Depth forward Ryan Carpenter could have easily also been on the outside looking in. After all, he’s 30 years old competing for a fourth line position amongst much younger competition. But Carpy is a trusted veteran who can be relied upon to simply get the job done. He’s smart, hard to play against, can kill penalties and play both center and wing. From the onset of training camp there was really no question that Carpenter would be a part of this 2021-22 squad.

Next up is Nylander. The young forward was proclaimed waivers exempt for this season due to missing all last season to injury, and was assigned to Rockford Sunday afternoon. He hasn’t looked up to speed in training camp, and he’s coming off knee surgery. It makes sense for Nylander to spend some time in Rockford for further recovery and development. This way the Blackhawks can have some cap flexibility, but still keep him as a future option if they choose to.

Finally, there’s Dylan Strome and Adam Gaudette. Both have performed well enough in training camp to warrant a spot. Strome has been in Colliton’s dog house since last season. This continued into training camp, as he was placed very low on the depth chart and not given much of a chance to succeed. But he made the most out of his limited opportunities, showing he can still create offense and score goals.

Gaudette has earned himself a reputation of hounding the puck and being aggressive in all zones. He’s versatile in that he can play center and wing, as well as up and down the lineup. He’s also solved his diet and weight issues that plagued him in Vancouver, and he’s motivated for a fresh start with the Blackhawks.

Unfortunately, injuries have made the defensive corps situation a little less convoluted. Originally, I discussed a battle between Riley Stillman, Wyatt Kalynuk and Caleb Jones for the fifth, sixth and seventh defensive spots. But Kalynuk succumbed to a right ankle sprain (out two to four weeks) and C. Jones to a left wrist strain (out six weeks).

While I think both will be in the lineup once they are healthy, to start the season it appears Stillman is a lock along with Seth Jones, Calvin de Haan, Connor Murphy and Jake McCabe. Ian Mitchell will also likely start the season with the Blackhawks. The seventh defenseman is up in the air. It appears Nicolas Beaudin and Jakub Galvas are next on the depth chart, but both were sent down to Rockford after Saturday’s game. These could also be paper transactions to get the team cap compliant for opening night. We shall see how it all plays out over the next few days.

One final tidbit here. It’s been largely believed Marc-Andre Fleury and Kevin Lankinen would be the Blackhawks’ goaltenders this season. Sure enough, on Sunday afternoon both other netminders Collin Delia and Malcolm Subban were placed on waivers. We shall see if they both clear and report to Rockford.

Finally, I’d like to touch on Coach Colliton and his approach to the 2021-22 campaign. We all know Colliton is young and inexperienced and has struggled in his young career. But this is also now his fourth season in the NHL, and he has arguably the best team he’s ever had. Can he finally find some success?

The good news is this is Colliton’s team now. He’s had input on putting it together, acquiring and developing players according to his desired system and concepts. He does seem more comfortable, joking with the media and simply appearing more confident. Here’s a quote from Kane about Colliton’s training camp.

Patrick Kane: "[This is] probably one of the tougher camps that I've been a part of, as far as skating and intensity of the practices and just the amount of time on the ice. But it's good. It's definitely something that I feel that I needed coming into this camp."

It appears Colliton isn’t messing around. I’d say we can call this a successful training camp, as the Blackhawks finished with a 3-1-2 preseason record. There’s work to be done, but they appear to have some solid depth along with tons of potential. There’s excitement in the air for the first time in a while. Let’s see if Colliton and company can translate this into a successful season. 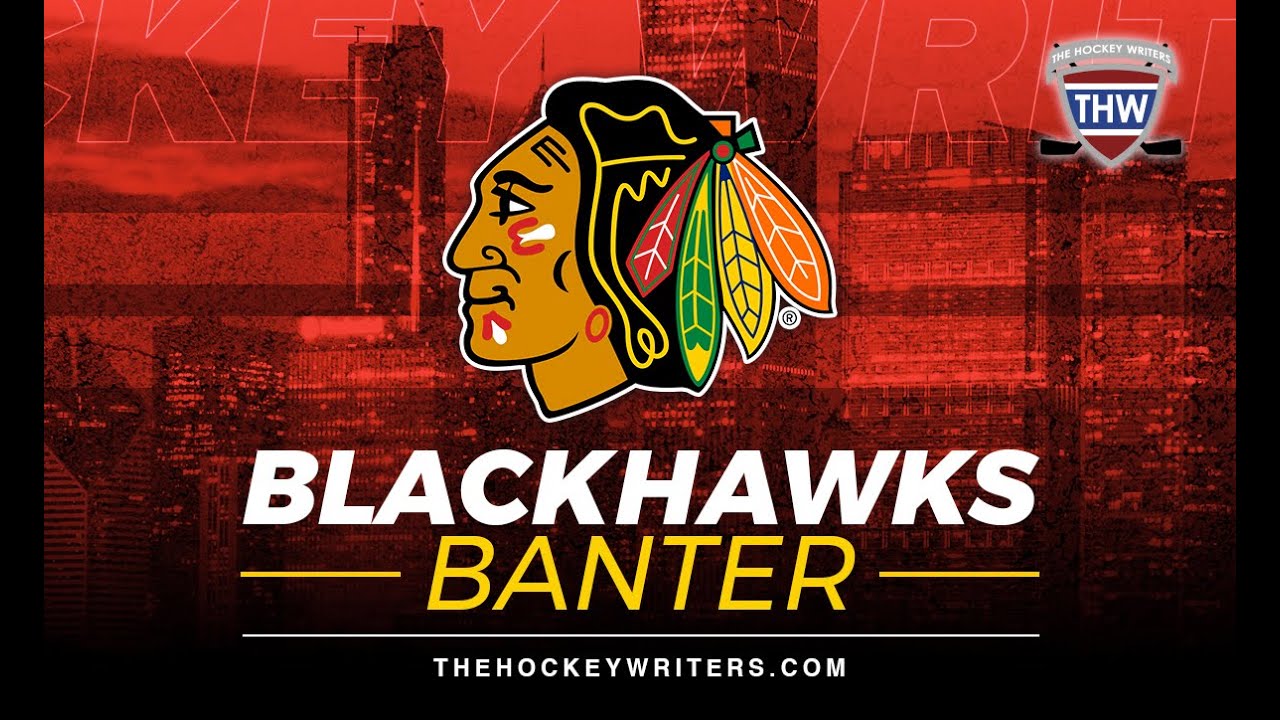