Make no mistake about it new GM Peter Chiarelli has done a phenomenal job putting his stamp on the Edmonton Oilers, however the ever elusive top-pairing defenseman the club has been seeking has yet to be acquired or developed. Looking into the near future the answer to the Oilers problems on defense could be addressed before or during next summer’s free agency pool.

Internally the club has a plethora of prospects on the defensive end but only two names come forward with top-pairing potential in Oscar Klefbom and Darnell Nurse, both are still in the development process of their NHL careers and far too early for them to be dependable 25-30 minute per night defenders, much like Duncan Keith, Alex Pietrangelo and Erik Karlsson have been for Chicago, St. Louis and Ottawa respectively.

Andrej Sekera, 29, was signed off the market this summer and as solid of a defender the can be, he’s not the heart-and-soul lynchpin the Oilers need to build their defense around.

Sekera will be apart of the core and deservedly so, as will Klefbom and Nurse. It’s clear that the management team is going to give newly-acquired prospect Griffin Reinhart ever opportunity to prove himself to be a bonafide blue-chip prospect, one the NY Islanders and the rest of the NHL were so very high on just a few short years ago when the was drafted.

In the mean time do the Oilers have options to go after a legit top-pairing defender? Yes, and you just have to look at the defenders that are about to hit the market during next year’s trade deadline and free agency market.

Chiarelli and the rest of the managerial team have $7.5M in cap space this season and are looking at the potential to have roughly $17.9M available next summer when this list of names becomes available: 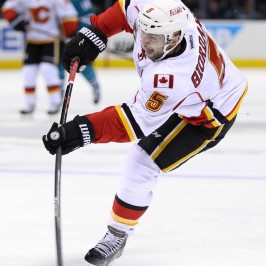 At first glance you can’t possibly believe Brad Treliving and the Flames will let a high-calibre home grown top-pairing talent like Giordano walk and hit the market next year but the Flames will be in tight to get a number of key players re-signed next summer.

The entire top-line of Johnny Gaudreau, Sean Monahan and Jiri Hudler will be looking for new deals not to mention the team only has five forwards signed through the 2016-17 season. Even worse neither Jonas Hiller or Karri Ramo have deals past this season. The Flames will be up against it to get everyone re-signed and Giordano might price himself out of the Flames future plans.

A Norris trophy candidate for much of the season before his injury, the Oilers could benefit from a 25-minute guy who can put up a 50-point season from the backend and play a complete 200ft game.

This Flames/Giordano extension situation is gonna be tricky. Not an easy spot for Calgary. Fascinating to see how they maneuver it. 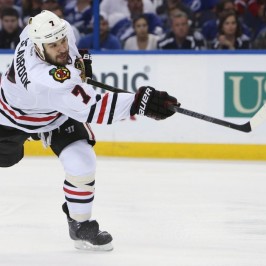 He’s the guy the Oilers blogosphere has been buzzing about this week as Bob Stauffer (Oilers Now) and Jason Gregor (Edmonton Journal) were tweeting about the possibility of the Oilers positioning themselves to potentially acquire Seabrook according to sources.

With an Olympic gold medal and three Stanley Cups playing in one of the better defensive trios in the league alongside Duncan Keith and Niklas Hjalmarsson he’s done it all at this point. The next challenge in Seabrook’s career might just be leading a defense core of his own as a true number one. Seabrook will be coming off a deal with a $5.8M cap hit and will be looking for a mega-deal if he were to leave Chicago.

Something that shouldn’t go unnoticed with Seabrook is that since his rookie season in 2005-06, the 30-year-old defender has played in 97% of the Blackhawks regular season games. Talk about a healthy player, even more impressive when you think of how hard those minutes are that he’s been playing in Chicago.

…Brent Seabrook has been a vital cog to the ‘Hawks dynasty. Will need an extension like the Phaneuf deal. Stud D and a leader 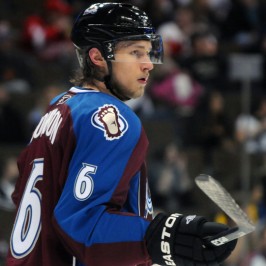 The name isn’t as sexy as Giordano and Seabrook but Johnson is quietly leading the Avalanche defense. If you erase the massive expectations and disappointment of being a over-hyped former 1st overall pick in the 2006 NHL Draft ahead of the likes of Jordan Staal, Jonathan Toews, Niklas Backstrom and Phil Kessel, you’ve still got a decent top-pairing defender.

The Avalanche will have cap space to get a deal done and you’d be hard-pressed to think Johnson wouldn’t seek his first big money deal as he comes off a four-year $3.7M deal.

If you look past the injury-plagued season Johnson was on pace for a 20-goal 40-point season, what would’ve been a career year. Along with Tyson Barrie he’s holding a paper-thin Avalanche defense corp together, it’ll be interesting to see if he’ll still be looking for an extension past the trade deadline next year.

@denversportsfan #Avalanche do have plenty of cap space, but need to be smart w/ Johnson, Barrie, MacKinnon due new contracts next year. 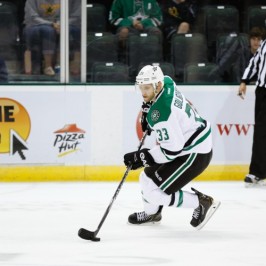 Look at the scouting report and you’ll see Goligoski is a bonafide top-pairing defender, delve into the details and you’ll see he’s a little bit of a risk defensively as he had a -53 difference between giveaways and takeaways, worst on the Stars and magnified by the fact he played the most minutes for Lindy Ruff’s defense.

Across the board the Stars were a bad team outside of Jamie Benn, Tyler Seguin and John Klingberg — another reason why Goligoski’s numbers last season look so bad. Still he’s a decent power-play specialist and can lessen the load that’s been put on Justin Schultz to over-achieve and over-deliver on the first power play unit.

Goligoski is coming off a $4.8M cap hit and could likely command up to $6M on the market but if the Oilers could get a multi-year deal done for under $5.5M, he might be worth venturing after.

The Defense of Alex Goligoski: a Brent Seabrook Comparison http://t.co/K9z8vWEcST This post is important.#GoStars #Goose 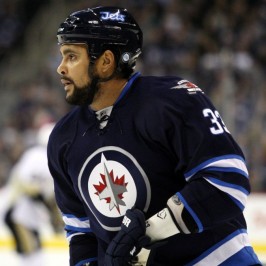 Lastly arguably the guy with the most intangibles, Byfuglien. Need a big bodied presence in front of the net for the power play? Looking for one of the hardest shots in the league from the backend? Need a guy who can put up points on the board and still play hard-nosed defense?

Byfuglien is the kind of guy with the intangibles every NHL club is looking for and can name his price point this summer if he should choose the leave the Jets. He’s the type of guy who would create space and take the attention off of blue-chip youngsters like Klefbom and Nurse, the guys who are going to eventually lead this defense group.

Chiarelli would know what he’s getting in Byfuglien being a consistent scoring threat from the blueline and can be a guy Todd McLellan can use up and down the lineup to constantly shuffle against some of the more difficult matchups in the Western Conference.

There’s a gap in early contract talks between Jets & Byfuglien. Have to wonder if they’d move him rather than let him play out final year.

Teams are kicking tires on Byfuglien but Jets preference is to keep him.