Today the NWHL handed out their first suspension in the history of the organization.

Connecticut Whale defenseman, Molly Engstrom, was suspended for one game for a hit to the head of Buffalo Beauts defenseman, Meghan Duggan.

On December 6th, Engstrom was initially given a game misconduct for an illegal check to the head. She crosschecked Duggan in the back causing her to fall to the ice. As Duggan was getting up she was crosschecked in the chest/neck region from Engstrom. They pushed each other for a bit before Engstrom landed a punch to the face of an unsuspecting Duggan.

Duggan had to leave the game to receive medical attention. She did not return and was seen later in the evening sitting next to Buffalo Beauts GM, Linda Mroz, in street clothes.

The NWHL cameras were on the puck which was at the other end of the ice. The NWHL Department of Player Safety had to use security footage from Chelsea Piers Arena to see the hit take place.

A one game suspension may not seem like much for an illegal crosscheck to the head and a punch to the face. However, the NWHL only plays one game a week.  Engstrom won’t see playing time until December 27th.

Below is video of the hit and a well explained explanation of the Engstrom suspension. 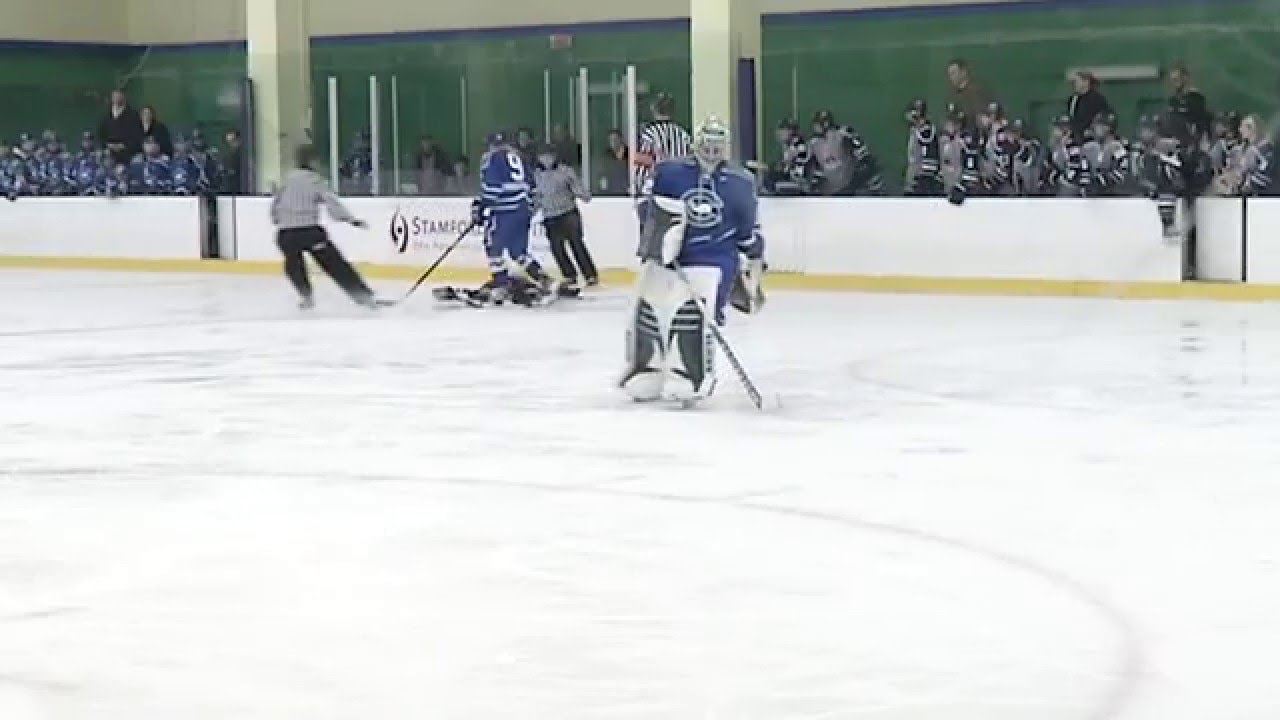