The AHL season is close to a month underway with some great teams rising to the top and a few struggling to even stay in the hunt. There have been a few standout rookies including New York Islanders prospect Ryan Strome and New York Rangers prospect Danny Kristo. The Hockey Writers ranks all 30 AHL teams below.

Off to the best start in the league, the Penguins picked up three points out of four in two games against their East Division rivals, the Hershey Bears, this past weekend. Wilkes-Barre/Scranton is first in the league in offense, averaging 3.80 goals per game.

Upcoming Schedule: November 6th vs. Syracuse, 8th vs. Albany and 10th at Springfield 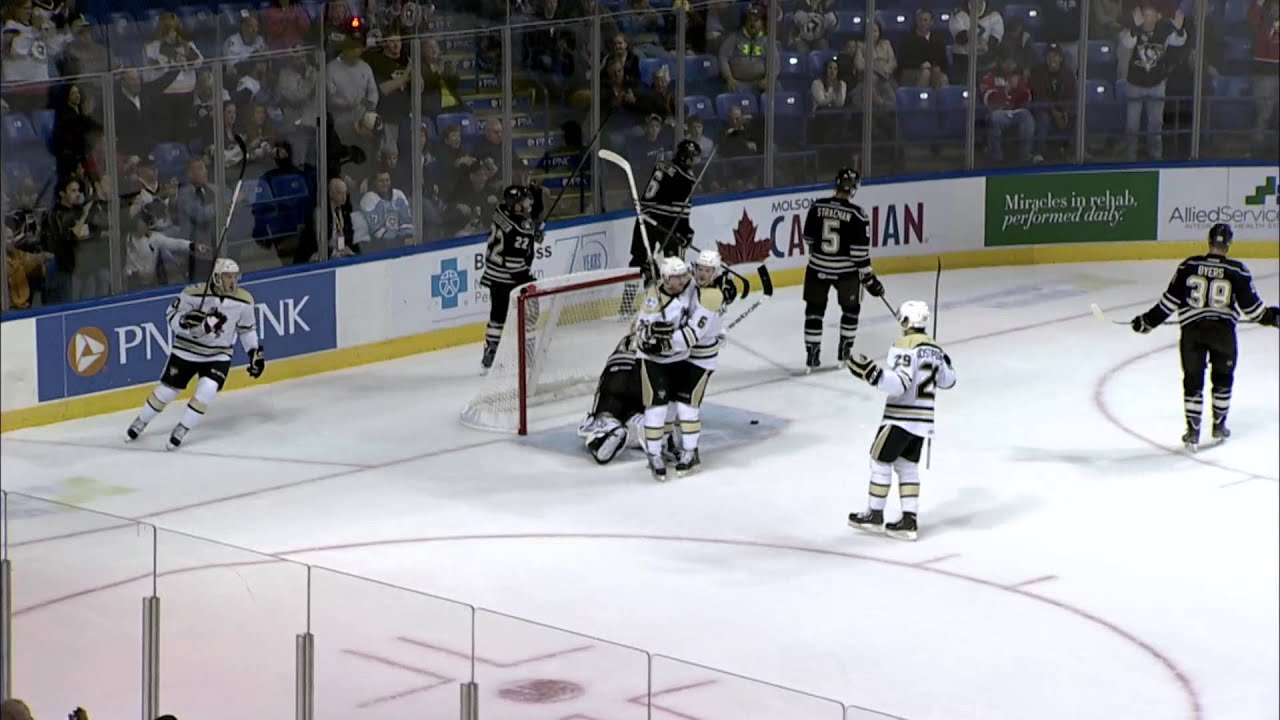 The Admirals have had a pretty light schedule to this point, only playing eight games. They’re eighth in goals for (3.13) and second in goals against (2.13).

Young forwards Brandon Kozun (13 points), Jordan Weal (12) and Tanner Pearson (11) have been the offensive leaders for the Manchester who only have one regulation loss. Goaltender Martin Jones (8-1-2) has a 2.02 goals against average and .933 save percentage in the Monarchs’ net.

Rookie net minder John Gibson (5-1-2) picked up his fifth win of the season in Norfolk’s shootout victory over Hershey Sunday night. He has a 1.61 goals against average and .951 save percentage through nine games. The Admirals are first in goals against, allowing 2.08 per contest.

Last year’s Calder Cup champions don’t seem to be slowing down at all. They’re 2nd in the league in goals per game, averaging 3.73 per matchup. Wingers Gustav Nyquist and Tomas Jurco have combined for 25 points.

Upcoming Schedule: November 6th vs. Rockford and 8th at Hamilton

Upcoming Schedule: November 8th vs. Adirondack and 10th vs. Wilkes-Barre/Scranton

Rookie winger Nikita Kucherov leads the Crunch with 20 points in only ten games, including six power play goals. Vladislav Namestnikov has five goals and ten assists, including three power play tallies. Syracuse is second in the league on the power play, converting at a 27.8% rate.

Abbotsford’s late game success have been key to their impressive start, winning two games in overtime and two shootouts in five games. Corban Knight leads them with eleven points through twelve games.

Led by forward Travis Morin, who is tied for the AHL scoring lead with 20 points, the Stars are one of the best teams in the Western Conference. They’re 4-1 at home and face the Admirals this weekend, who are number two in this week’s power rankings.

Rookie forward Danny Kristo has brought the offense after Rangers prospects’ Chris Kreider and J.T. Miller were called up to the New York Rangers. Kristo ranks eighth in AHL scoring with 13 points and places third in rookie scoring.

Upcoming Schedule: November 8th vs. Providence and 10th at Providence

The loss of goaltender David Leggio hasn’t waived the energy of the Americans. Phil Varone and Luke Adam lead their forwards with 12 and 11 points respectively.

Upcoming Schedule: November 6th vs. Hamilton, 8th vs. Binghamton and 9th at Binghamton

Upcoming Schedule: November 6th at Rochester, 8th vs. Hamilton and 10th vs. Utica

Currently fourth in the loaded East Division, the Senators enter this week on a one game win streak. Goaltender Nathan Lawson (5-1) is ninth in goals against average (2.22) and sixth in save percentage (.931).

Upcoming Schedule: November 8th at Rochester, 9th vs. Rochester and 10th at Hershey

Defenseman T.J. Brennan is second in blue line scoring behind Aaron Johnson of Hartford with 12 points in nine games. The Marlies have a solid 4-2 record at home, but have played only three games away from their home rink.

Rookie forwards Alex Broadhurst and Mark McNeill have eleven and ten points respectively to supplant top scorer Adam Clendening, a defenseman, who leads Rockford with 12 points. However, the IceHogs currently have a three game losing streak entering a road game on Friday.

Having only played in nine games, Iowa sits fourth in the Midwest Division. Goalie Darcy Kuemper (3-3) has a 2.89 goals against average and .915 save percentage through six games in the Wild net.

Sitting third in the West Division, the Checkers have one of the top road records in the AHL at 5-2-0-1. They’ve only played two home games (0-2), but get to face the Wolves (3-2-0-1 road record) at their home rink twice this week.

Philadelphia’s AHL affiliate is led by young forwards Petr Straka, Nick Cousins and Jason Akeson. The trio has combined for 22 points through eleven games. They enter this week on a four game winning streak.

Upcoming Schedule: November 8th at Springfield, 9th at Albany and 10th at Bridgeport

The Wolves have underachieved this season and their power play has been a disappointment as well, converting at a 12.3% rate, 26th in the league. They’ve been outscored by eight goals in the third period.

Upcoming Schedule: November 8th at Wilkes-Barre/Scranton and 9th vs. Adirondack

The Bruins’ goalies and defense has underachieved, allowing 3.70 goals per game, 28th in the league. They’re averaging 35 shots against per contest. Forward Nick Johnson leads Providence with nine points in ten games.

Upcoming Schedule: November 8th at Hartford, 9th at Worcester and 10th at Providence

The Barons haven’t found any substantial offensive game, sitting last in the league in goals per game (2.25). Edmonton forward prospect Linus Omark had a four goal game already this year and leads Oklahoma City with 12 points, averaging a point per matchup. 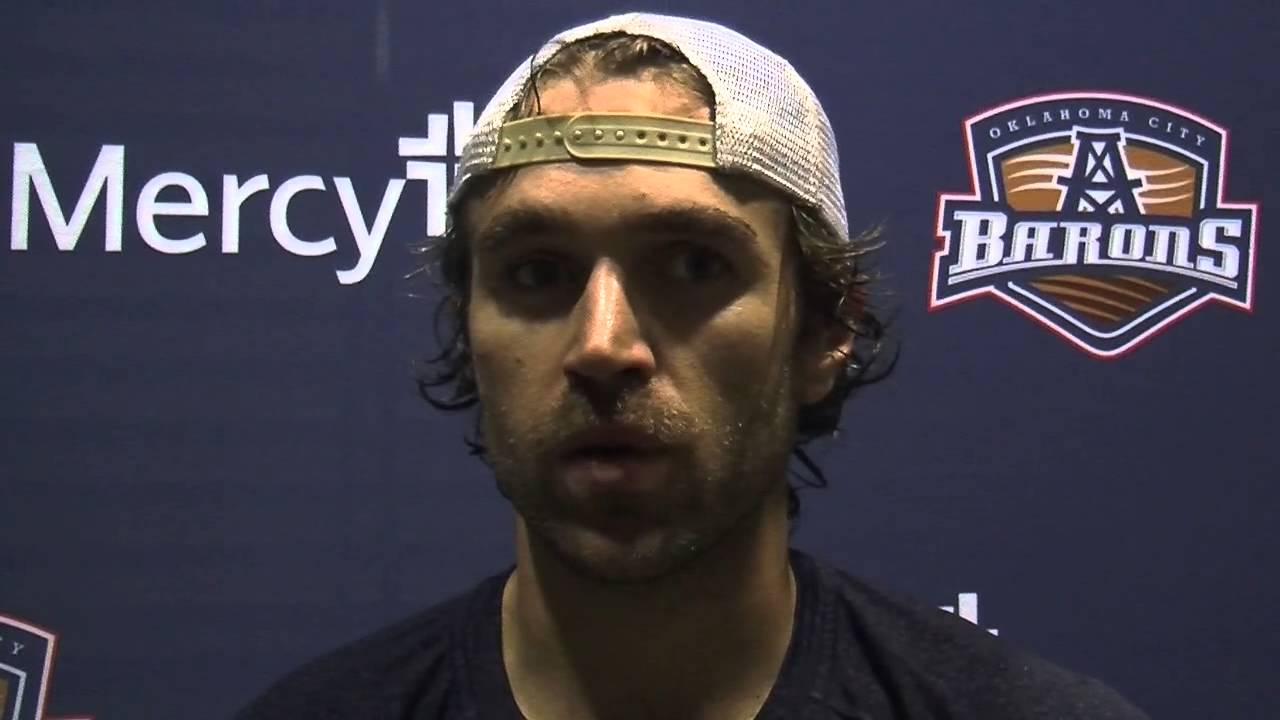 Rookie forward Ryan Strome is one of the few bright spots for the Sound Tigers, recording 14 points in nine games, second for all rookies in the AHL. Strome leads all rookies with six power play assists. The Sound Tigers currently have a two game winning streak. Goalie Anders Nilsson (3-3) has struggled mightily, posting a 3.65 goals against average and .879 save percentage.

Upcoming Schedule: November 9th at Hershey and 10th vs. Adirondack

The Sharks rank second in penalty minutes, averaging 26.57 PIM per game. However Worcester is 11th on the penalty kill, performing at a 83.3% rate.

Upcoming Schedule: November 8th at Portland, 9th vs. Providence and 10th vs. Portland

Upcoming Schedule: November 9th vs. Bridgeport and 10th vs. Binghamton

Portland ranks 25th in both the power play and penalty kill. The only players on their active roster to have more than four points are Chris Brown, Brandon Gormley and Daine Todd. All have five points apiece on the season.

Upcoming Schedule: November 8th vs. Worcester and 10th at Worcester