THW The Next Ones Rankings (January 2014): not ranked

An average-sized forward, Anders Bjork played second fiddle to the NTDP’s big names, but was still able to produce offensively. While his defensive game still has some holes that need to be worked out, Bjork’s game flourishes on the attack. Bjork shows great finesse with the puck and opens up lanes for his teammates in the offensive zone. He’s as efficient at scoring as he is passing. Bjork is also a strong skater that can turn it to another gear in a few strides.

As I mentioned before, his defensive aspects could use some work as he focuses mainly on his offensive game. Even for his size, it’d be nice to see him use some physicality here and there, but that should come with time when he grows into his body and plays against stronger opponents in the NCAA.

Bjork be headed to a solid program at Notre Dame in the fall. Teams looking to pick him up in the mid/late rounds of the draft will need to give him time to mature his game as he has great offensive potential.

Bjork will probably go in the 5th or 6th round.

“A slick forward with good puck skills and creativity, Bjork posted 40 points this season including 19 goals. He may get overshadowed in this forward group, but he has the potential to be very dangerous in the offensive zone with good skating and confidence in his ability to handle the puck. He’s a good source of secondary scoring for Team USA and that is always important to have in the international events.“

Anders Bjork played for both the U17 and the U18 NTDP where he won a bronze and gold medal.

Adding more grit to his game 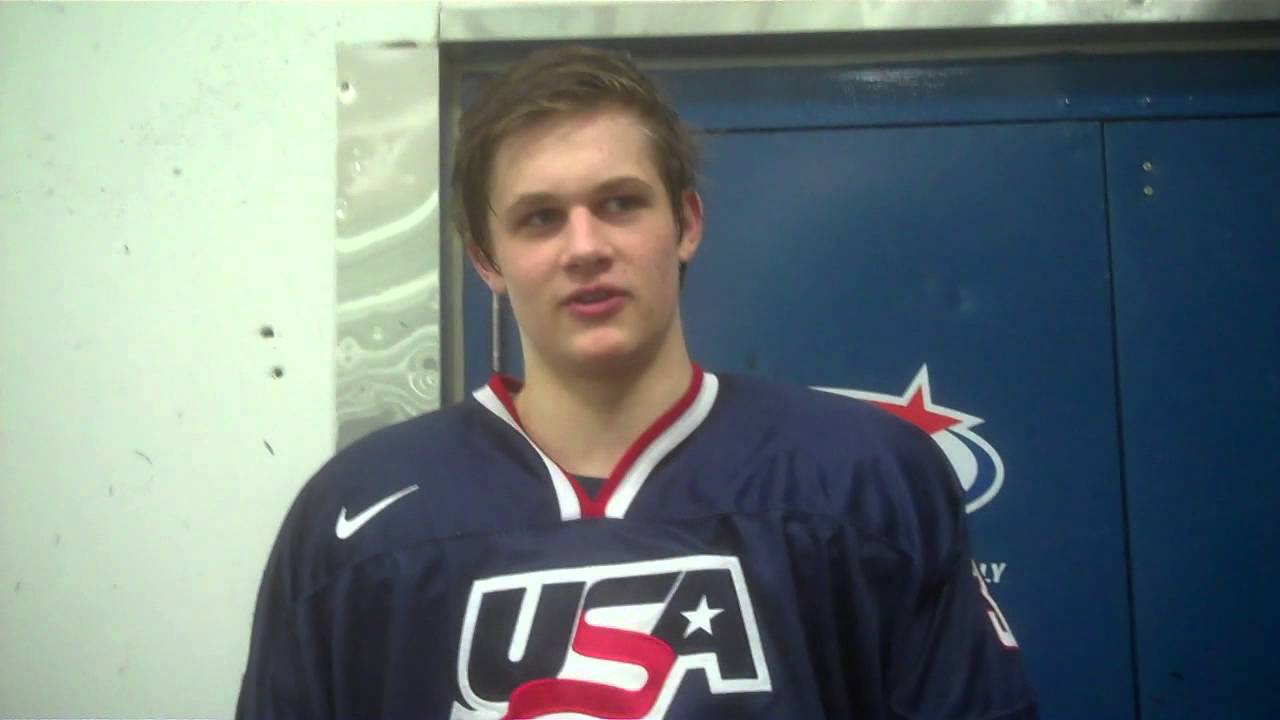