When the 2016-17 season kicked off the Tampa Bay Lightning were sure that their go-to goaltender for the season would be 30-year-old Ben Bishop, especially coming off a spectacular season last year where he was being considered for the Vezina Trophy as the league’s best goaltender. However, it doesn’t look like that’s the case anymore. Counter-part Andrei Vasilevskiy is coming for the crease in Tampa Bay, and he’s not doing it quietly.

Vasilevskiy has started four of Tampa’s last eight games, splitting time down the middle with Bishop and earning his right to play through strong performances. In those four games, Vasilevskiy came away with a 4-0-0 record, a .976 save percentage, and a goals-against-average (GAA) of just 0.75 to go along with two shutouts, remarkable numbers for any netminder let alone one tagged as being a “backup goalie”.

The four wins came against the Philadelphia Flyers and New York Islanders, with both teams losing twice to the Lightning over four-day periods. The Flyers are one of the highest scoring teams in the league, scoring 67 goals to date, good for second overall across the NHL trailing only the New York Rangers. To shutout the Flyers is a pretty big feat on its own. To allow just two goals against them in two games, pulling away with a shutout in one of the contests… simply remarkable.

This four-game stretch wasn’t a fluke for Vasilevskiy either; his whole season has been backboned by spectacular play. The Russian netminder is 6-1-1 overall this season in the eight starts he’s been given, recording a .951 save percentage, 1.50 GAA, and two shutouts. If Vasilevskiy can continue playing the way he is now, he could potentially sweep the starting role right up from under Bishop’s feet in due time. TSN’s Pierre McGuire has even gone on to praise the young netminder, admitting that one day he could fully establish himself as a star in this league.

When you examine Vasilevskiy’s style of play it’s easy to tell that he isn’t very comparable to many goalies across the league. Blending a mix of size, agility, dynamic lateral movement, and a combination of both a butterfly and hybrid goaltending style, the 22-year-old seems to have established himself as something unique in today’s NHL.

One thing that’s impossible to deny is just how quick Vasilevskiy is. His agility and lateral movements may be among the league’s best. I mean, it’s ridiculous watching this guy get across from post-to-post with such ease thanks to his size and flexibility. It’s entertaining watching this kid play. 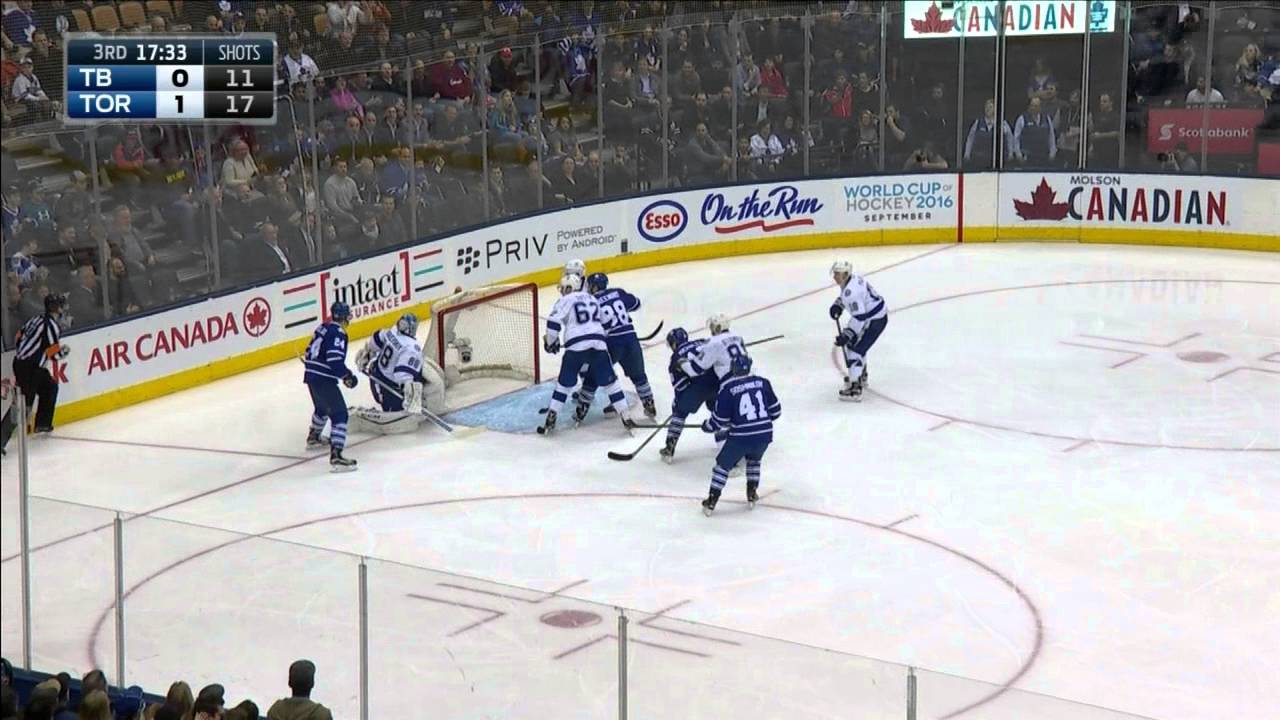 At 6’3, 207 pounds, Vasilevskiy has the size to eat up as much net space as possible, but remains light and agile enough that he makes moving around in the crease look so effortless. Mix that with exceptional hockey instincts and you have one competitive goaltender.

With Ben Bishop’s contract expiring at the end of this season, and Vasilevskiy signing a brand new three-year contract with the Lightning this past Summer, the pipes in Tampa were ultimately bound to be Vasilevskiy’s in the near future. That time may be coming sooner than most thought though, and with the trade deadline slowly but surely creeping up on us, we have to wonder how much time Bishop has left in Tampa Bay now that Vasilevskiy’s challenging him for his job on a higher note than most expected. Coach Jon Cooper will have to make some big decisions in the next coming weeks regarding his goaltenders. For Vasilevskiy, the confidence is there, and the experience is finally starting to pile up for the young Lightning netminder. We may just be seeing a new star being born in sunny Florida, and he’s starting to shine as bright as ever.