The history of hockey in Belleville is a story of many different teams playing at different levels. The newest club setting up shop this fall in the friendly city is an AHL organization affiliated to the Ottawa Senators. In the past, Belleville has been known for excellence in major junior and men’s senior league hockey. The Quinte region scored a major deal when Ottawa brass decided to relocate from upstate New York (AHL Binghamton) and place its farm club in the area’s largest city. Now top-level hockey is back, two years after the departure of the OHL Bulls.

History of Hockey in Belleville before the Senators

The Belleville McFarlands, a men’s Senior “A” team, played out of Belleville from 1956-1961. The McFarlands won the Allan Cup s in 1958 and represented Canada at the 1959 World Hockey Championships, beating the USSR for a gold medal. After four years the McFarlands shut down operations, but men’s Senior A hockey would return to Belleville.

After the McFarlands, Belleville had two senior teams, as the Mohawks and Quinte Eagles both played for a season in 1972. Next, the Belleville Bobcats of the Metro Junior B Hockey League set up in Belleville, contributing to a long and storied junior hockey tradition. The Bobcats spent nine seasons in the friendly city from 1972-1981. Men’s Senior A Hockey also made a brief return from 2003-2006 in the form of the Macs. 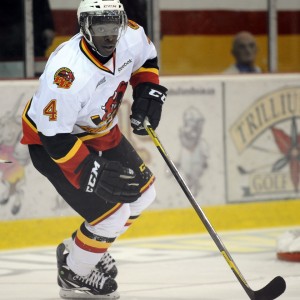 The Belleville Bulls started off as a Junior Tier II team in 1979. The Bulls were successful in winning the Tier II title. The team played for the national championship but lost in the finals to the Prince Albert Raiders. Belleville was granted an OHL team in 1981. That organization retained the Bulls name until operations ceased in 2015.  The Bulls spent 34 years in the OHL, winning their lone championship in 1999. The team also competed in their first Memorial Cup that year, losing in the semifinals.

In 2008, the Bulls would return to the Memorial Cup in Kitchener where they eventually lost to the host team. The Bulls played in one other championship, losing to the Guelph Platers in 1986. Ironically, this was the same organization the Bulls beat five years earlier in the Tier II finals.

For three decades the OHL Bulls had been at the forefront of hockey in Belleville, before the club was sold to Micheal Andlauer and relocated to Hamilton, Ontario. Andlauer previously owned the American Hockey League Hamilton Bulldogs. When the Bulldogs moved to St.John’s, Andlauer was left without a team and First Ontario Centre in downtown Hamilton was without a tenant. Acquiring the Bulls solved both problems, but left a bitter taste in mouths of local hockey fans.

Much was made of the Bulls move to Hamilton. Fans blamed the owners. Ownership blamed the city for not renovating the Yardmen Arena. City Council blamed ownership for not waiting until 2017-18, when the city would have funds available to properly renovate. Council offered the Bulls a lease with reduced rent as well as full advertising and concession rights, but ownership sold the club on the eve of the new lease option kicking in.

Since the Bulls’ departure, the city has invested $18.5 million in the Yardmen Arena.

Belleville Proving to Be a Viable Hockey Market

After the OHL left town in 2015, many asked if Belleville was truly a viable hockey market. The city has answered those doubts. Fans have embraced their team by packing events hosted by the Senators, coming out in large numbers for the Jersey launch and the official announcement on Sept. 26, 2016. Belleville rallied for their new team, filling the Quinte Sports and Wellness Centre for the introductory press conference.

The city has financially backed their new team as well. The baby Sens received 2,000 season ticket deposits for the 4,400 seats available within the first week. Since then the number has grown and fans are still purchasing season tickets. Many more are waiting for Oct. 4, when single game tickets go on sale.

Belleville was not without a hockey team for long. Just two seasons after the Bulls were sold, Ottawa Senators owner Eugene Melnyk saw an opportunity too good to pass up. Melnyk describes Belleville as a passionate hockey market. He says the community truly deserves a hockey team, and he is committed to owning one in Belleville. Melnyk backed up his statement, signing an eight-year lease with the city. Melnyk says Belleville has a very good chance of being a top-10 team in attendance for the AHL. Belleville Senators general manager Randy Lee noted: “Belleville and Ottawa are just an ideal fit.” 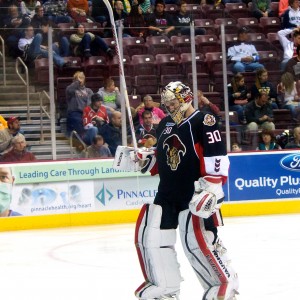 The Ottawa Senators have placed their AHL team in Eastern Ontario just two hours and 15 minutes away from the Canadian Tire Centre. The city’s location provides a great advantage to the Senators, with the proximity allowing for call-ups, ease of travel, and no border to deal with. Belleville being in the 401 corridor also paves the way for great rivalries with Toronto and Laval. The Senators will play both teams a combined 24 times. All three teams are within five-hour drives of each other.

When the puck drops on Nov. 1, in front of what should be a sellout crowd at the newly renovated Yardmen, a new era will begin and professional hockey will be welcomed with open arms in a passionate hockey market.

Lightning: The Contributions of Pavel Kubina

Nov 28th 9:55 AM
Previews and Predictions

The Red Wings & Kelvington, Sask: From Kocur to Melrose and More

Hurricanes Should Benefit From Shorter 2020-21 Season

3 Things Ducks Fans Can Be Thankful For