There are many adjectives Bruins fans would use to describe Brad Marchand.

Agitator and pest are two of the more common ones you’ll hear from Black and Gold supporters around New England. The national perspective on the pesky winger? Well, most of them aren’t exactly family friendly.

However, Marchand may be able to add two more important ones to the list by season’s end. In what has been an inconsistent season for Boston, the 27-year-old has been consistent. In turn, he may also be turning into one of the Bruins’ unsung heroes.

Prior to their January 16th clash against the Toronto Maple Leafs, Marchand was mired in an 11-game goal drought. Five assists and a minus-5 rating were his only contributions to a Bruins squad that went a pedestrian 5-5-1 in that span.

All of that changed when, in the final minute of a 2-2 game at TD Garden, Leafs netminder Jonathan Bernier wrapped a loose puck along the boards in an attempt to clear the zone. With his goal vacated, the puck found Marchand, who promptly took the gift he had been given and deposited it in the Leafs’ goal.

It was poetic justice after he presumably scored earlier in the period to give Boston the lead, only to have it overturned via a coach’s challenge for offside. Finally, Marchand got the monkey off his back. A leap into the air and the look on his face told you exactly what he felt; relief.

Since then, the third-round pick in 2006 has gone on to score seven goals in the Bruins’ last seven games. The swagger that was missing for the better part of a month has returned with a vengeance and so has the club. Boston is 6-2-1 in their last night games and, although it hasn’t been pretty, have garnered the results they need to maintain their playoff spot and stay within touching distance of the Florida Panthers for the Atlantic Division lead. 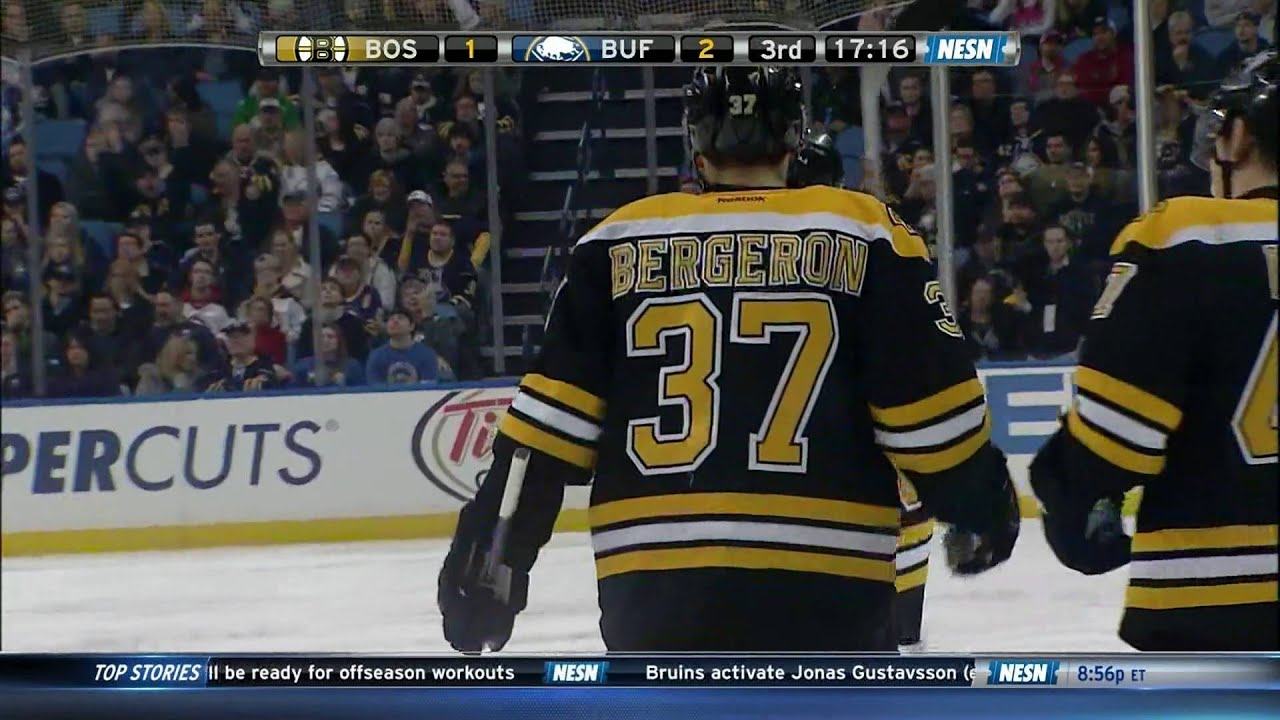 Right now, Marchand is playing like a man on a mission. Goals like this one scored against the Buffalo Sabres Thursday night is a potpourri of what he brings to the table: speed, skill, dazzling dangles and flair.

A Model Of Consistency

Boston’s homegrown talent has been nothing short of steady in his six-year NHL career. Marchand currently leads the club with 24 goals in 47 games and finds himself in the NHL’s top-10 in that category. The left-winger has hit the 20-goal mark in every full season he’s been a part of and narrowly missed that mark in the lockout-shortened campaign of 2013, scoring 18 goals in 45 games.

This year, he is sure to break the career-high of 28 tallies set in 2011-12 and is on pace to flirt with the 40-goal plateau for the first time in the Claude Julien era. Phil Kessel’s 36 goals in 2008-09 is the closest anyone has come to reaching that mark. If he can maintain his good form, there’s no reason not to believe Marchand can challenge for a goal total somewhere in the mid-30s.

Julien has also found a way to incorporate his second-line winger into the power-play rotation this season. Marchand has four goals on the man advantage this season, one more than his total in the past two seasons. Shorthanded, he leads the club with three of their six goals while down a man and averages over two minutes of penalty kill time per game.

Perhaps his Corsi-For of 54-percent while starting over half his shifts in the defensive zone has something to do with that.

Since 2010, Marchand has a team-high 140 goals in just over 400 games, including 18 shorthanded markers. Those are pretty impressive numbers for a guy who is known around the League as an agitator and troublemaker.

Another staggering statistic is just how important he is to their offense. When Marchand has scored a goal for the Bruins this season, Julien’s squad is 15-2-3. The trend is pretty obvious that when he has the golden touch around the goal, Boston’s offense feeds off their 5’9 speedster.

With 31 games left in the season, Marchand has raised his game to another level when the Bruins need it the most. If they can wriggle their way into a postseason berth come April, Boston can thank one of their smaller forwards for what would be a big achievement.