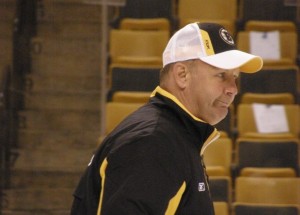 There is a reason Claude Julien is a Jack Adams Trophy Winner and the second longest tenured coach in the NHL; he knows when changes have to be made. In Game Four, changes were made and his team improved because of it. The Boston Bruins looked like the team people expected them to be. Boston seemed to be the better team in the first and second period, while Montreal finally found their game in the third.

Boston was the dominant team for the majority of the game because they were able to successfully clog the neutral zone. The deadly transition game of Montreal fell short. As a team, the Habs were unable to get a solid flow to their game through much of the early parts of the game.

PK Subban looked average at best last night. When the Bruins take away his ability to fly, they make him grip his stick and force plays. Subban didn’t look like a potential Conn Smythe winner last night, he looked like a run of the mill NHL defenseman. His speed through the middle of the ice is a catalyst for Montreal offense and it was taken away ten fold last night.

The Canadiens aren’t a team that can play dump and chase against the Bruins for 60 minutes. They will lose that style of game 10 out of 10 times. While they are able to do it in spurts, that play can’t carry on for the entirety of a game. Simply put without quick transition, the Habs are a team in trouble.

This was evident last night on many offensive zone possessions. Lars Eller and Thomas Vanek made egregious turn overs on plays that usually work for them. Those plays didn’t work last night because Boston’s defensive system didn’t allow for it. When Montreal couldn’t get the game going on transition, many times players would hold onto the puck too long. Numerous times they would take the puck behind the net, hoping to find someone open in the slot. The play wasn’t there often and the puck would get controlled on the side wall and eventually cleared by the Bruins.

The changes the Bruins made worked for a majority of the game. It wasn’t until the third period where the Canadiens seemed to find their legs. They outshot the Bruins 14 to 7 in that period and controlled most of the play. Montreal was being outshot 25-19 up until that third period.

Michel Therrien needs to go to the drawing board for a pivotal Game Five. The Habs don’t need to play dump and chase for 60 minutes but they need to come out playing that style. If they can beat the Bruins at that type of game for the first period, they’ll force Julien’s hand to get away from clogging the neutral zone. This opens the door for the Canadiens to play their game again. If they can’t do this, the series may tip in Boston’s favor.