The Buffalo Sabres are entering an offseason prepared to begin the next stage of their rebuild.  In part one of my three-part series of laying out the blue print for the Sabres offseason, I take a look at the Buffalo blue line.  The Sabres will ice a defense core that has excellent potential next season.

The promising future on the Sabres blue line will start to take shape next season.  The unit will be headlined by 2013 1st round pick Rasmus Ristolainen.  The 20-year-old ended last season as perhaps the best defenseman on the team.  In his first full NHL season the Finnish defender averaged 20:37 a game and played both power play, as well as the penalty kill.  Ristolainen will play a top two defender role full-time next season as he’ll look to solidify his potential as the corner-stone defenseman of the franchise. 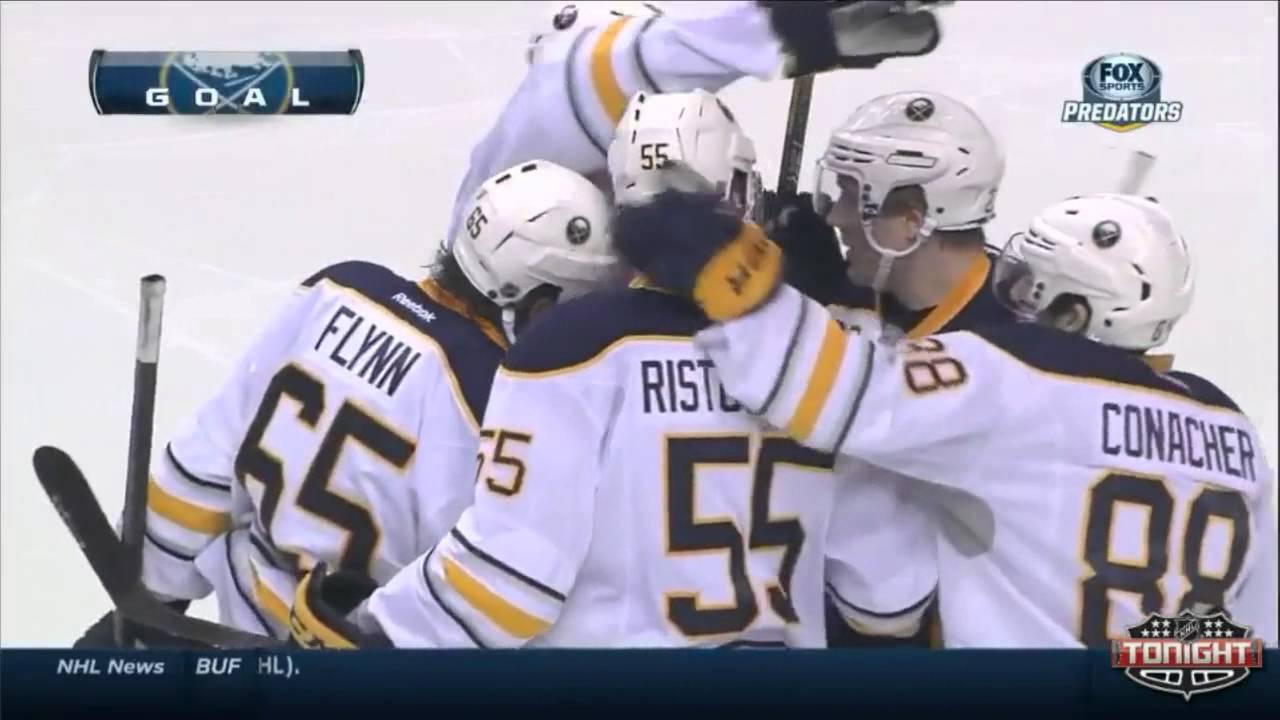 Along with Ristolainen, other young defenseman will look to continue to emerge next season.  Nikita Zadorov and Mark Pysyk will likely play important roles on the back-end for the Sabres next season.  Zadorov will look to show the organization he’s matured on and off the ice.  He’ll look to get back to the player he was in the beginning of last year using his body and playing with confidence.  Pysyk will look to stick around full-time with the big club next season.  He appeared NHL ready last season, but was kept in Rochester of the AHL for more seasoning.  At the end of last season the former first round pick missed a lot of time after a scary non hockey injury.  Pysyk collapsed during a pick up basketball game and spent over a month going through tests to get cleared.

Leadership on the Blue Line

The Sabres will have three veteran defenders returning from last season’s team.  The three blue liners will be the leadership core of an otherwise young blue line.  Josh Gorges, Mike Weber, and Zach Bogosian will return as the veteran support on the Buffalo

defense.  Bogosian will play top minutes along with Ristolainen.  The 24-year-old was part the blockbuster trade at least years deadline between the Winnipeg Jets and Sabres.  Bogosian stepped right into the Sabres lineup and was excellent during his brief period in Buffalo.  He brought intensity and physicality the Sabres were missing.  Fans have a lot to be excited about with Bogosian as a top pair defenseman for the foreseeable future

Gorges and Weber on the other hand will be able to slot into roles that better fit their abilities.  Last year the two had to play top minutes when they’re better suited to play 5th-6th defenseman minutes.  Gorges was a great leader and was trying to bring a new attitude to the Sabres locker room.  Unfortunately Gorges season was cut short last year with a lower body injury.

General Manager Tim Murray will likely look to fill out his defense group with a free agent addition.  A few targets for the Sabres are Chicago Blackhawks defenseman Johnny Oduya and Pittsburgh Penguins blue liner Paul Martin.  Both are unlikely to be signed by their respective clubs due to the cap situations.  The Sabres have the money to get in the conversation with any potential free agent.  Oduya and Martin could be looking to join a contending team as they’re at the back-end of their careers.

However, the opportunity to join a team on the rise and a big free-agent-contract could be enough to get one of them to sign the dotted line.

Other targets the Sabres could look into are former Leafs and Predators defender Cody Franson, as well as Ducks defenseman Francois Beauchemin.  The Sabres certainly have enough cap space to active in free agency and Murray will be looking to use the cap space to round out his roster.

Buffalo will put out a stronger group of defenders than last season.  Here is my projected lineup for the Sabres defense next season: