One of the many signs indicating your own advancing age is when NHL players you grew up watching, seemingly out of nowhere, have kids that are NHL draft eligible.

But of course, names can be deceiving.

Below are 10 players who are eligible for this year’s draft (and ranked by Central Scouting). Can you guess whether or not the player in question is related to the listed potential relative and former NHL player with the same last name? By ‘related’ I mean the draft eligible player must be related to the NHL veteran player as a first-degree relative (sibling, son) or a second-degree relative (limited to nephew only). Answers are at the bottom. Unfortunately, I could not provide photos of every player, but I think you’ll do just fine.

1. Alexandre Goulet, 6’2″ 196 lb forward for the Charlottetown Islanders of the QMJHL

Potential relative: Michel Goulet, legendary forward for the Quebec Nordiques who scored 548 goals in the NHL

2. Gabriel Gagné: 6’5″ forward for the Victoriaville Tigres of the QMJHL

4. Lukas Zetterberg, Swedish forward with the Vasteras Jr (U-20) team.

5. Nicolas Meloche, defenseman for Baie-Comeau Drakkar of the QMJHL 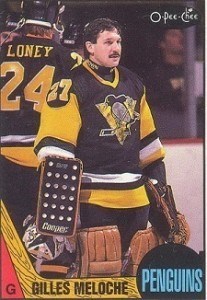 8. Adam Marsh, forward for the Saint John Sea Dogs of the QMJHL

Potential relative: Peter Marsh, former winger with Sherbrooke of the QMJHL and veteran of 508 total games between the WHA and the NHL 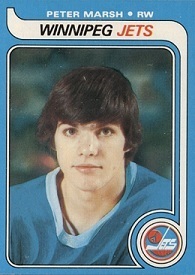 10. Adam Musil, center for the Red Deer Rebels of the WHL 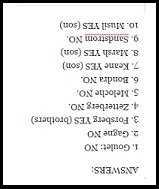 A bonus point if you can name which player is Bobby Holik’s nephew.