Adam Marsh might be the first Chicago-born player in the history of the Quebec Major Junior Hockey League. During the 2013-14 season, Marsh had trouble with his coach with the Chicago Young Americans Midget AAA team, leading him to quit the team on two occasions, the second time for good. Although the OHL had territorial rights over him, he was passed up in their subsequent draft. Many believed his attitude simply wasn’t worth dealing with, despite his obvious offensive abilities.

Scouts in the Q felt differently, however, and Marsh was invited to Saint John’s 2014 training camp for a tryout. He made the team, debuting for the Sea Dogs on September 12th, 2014.

It would be another eight days before he scored his first goal in the QMJHL, but when he did on he did it in style: Saint John beat Halifax 6-5 in overtime thanks to Marsh’s first, second and third career goals in the Q. To put the icing on that cake, his third goal was the OT winner. He would finish the night with four points.

He finished his rookie season with 24-20-44 points in 60 games, good for third on the Sea Dogs and tenth overall among all QMJHL rookies. Additionally, although he plays on the wing, Marsh won 60.7% of the face-offs he took.

The Sea Dogs reached the playoffs but were bounced in just five games by Baie-Comeau. They were also without Marsh’s services–he suffered a high ankle sprain late in the season.

At around 160 lbs, Marsh is on the thin side, but it hasn’t prevented him from playing an incredibly physical game. His coach, Ross Yates, told the Chicago Tribune, “If he was 180-190 [lbs], it would be scary to see how hard he could hit guys.”

His father is Peter Marsh, a veteran of three seasons in the QMJHL himself, along with 278 NHL games and another 230 in the WHA.

“A sniper who is carrying under 160 lbs. and has the ability to score from all places on the sheet. Very one dimensional and doesn’t have an all-around game to fall back on if his sniping goes dry.”

“There were rumors around him, but his on-ice ability was good, and there was great potential and upside if you gave the kid an opportunity for a fresh start. The teams that wouldn’t touch him didn’t do their due diligence … [Marsh] has NHL talent. He has taken that step forward this year and put himself in a position to be an NHL player.”

Marsh has not played for Team USA in any international tournaments.

Physical (he can hit)

Filling out his frame 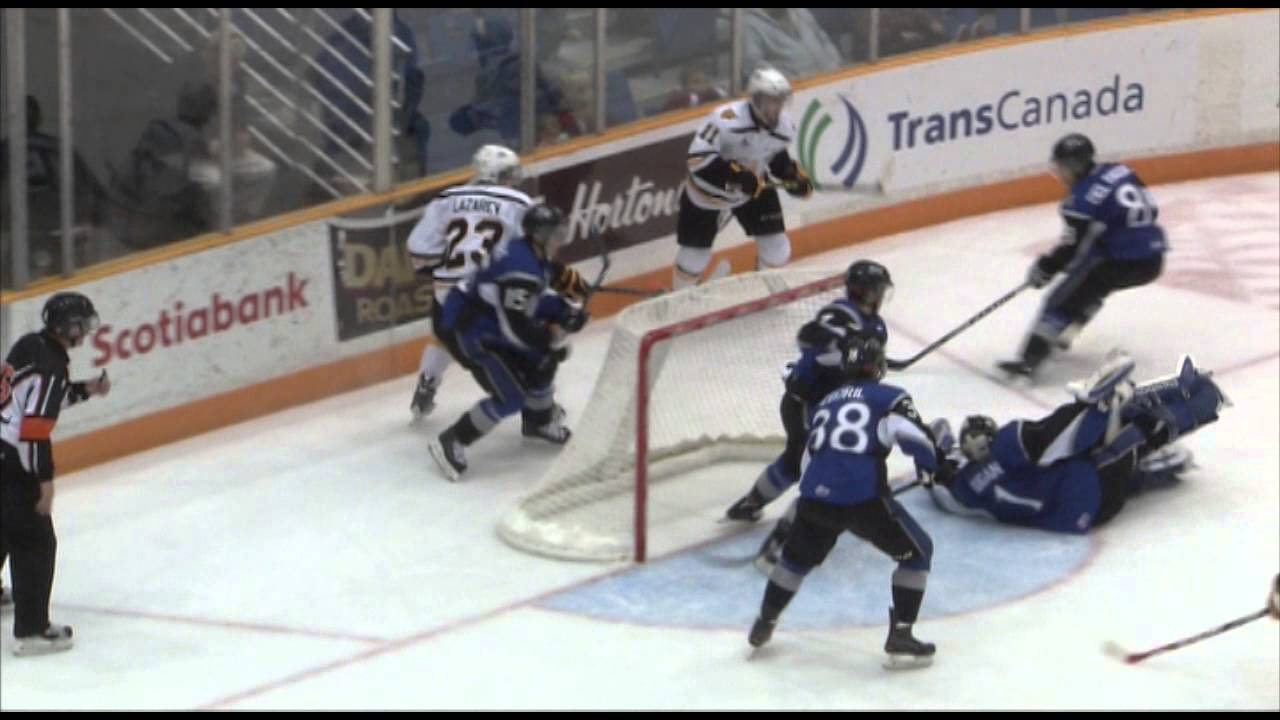 This video is long so here are some tips: Watch Marsh destroy an opponent at the 0:36 mark and again at the 1:27 mark. At 3:11 watch him break in on the off-wing and snipe a nice goal from about the face-off dot. At 4:12 he’ll sneak in the far side and take a pass from Nathan Noel to send the game into OT. Watch his quick release during the shootout at 5:06 then stick around as teammate Justice Dundas uses a sensational deke to score at 5:34.