We have passed the oft-used (roughly) quarter-season mark of American Thanksgiving. Enough games have passed that we have a good sense of what’s going well and what’s a flaming dumpster full of regrets. It also means it’s no longer too early to take a look at how rookies are faring in their maiden voyage.

Here’s an early look at the Calder Trophy race and who has a chance of taking home rookie of the year honors in one of the NHL’s best rookie classes in many years.

Marner has shown flashes of unbelievable puck handling and protection skills already in his young career. He’s also a fantastic skater. He doesn’t have the speed of a Connor McDavid, but his skating is strong and smart.

The Case For Him
He’s adapted to the league quickly. He’s tied for third in rookie goals and tied with Patrik Laine for first in overall points. It’s impossible to deny he’s having one of the best rookie seasons in the NHL. 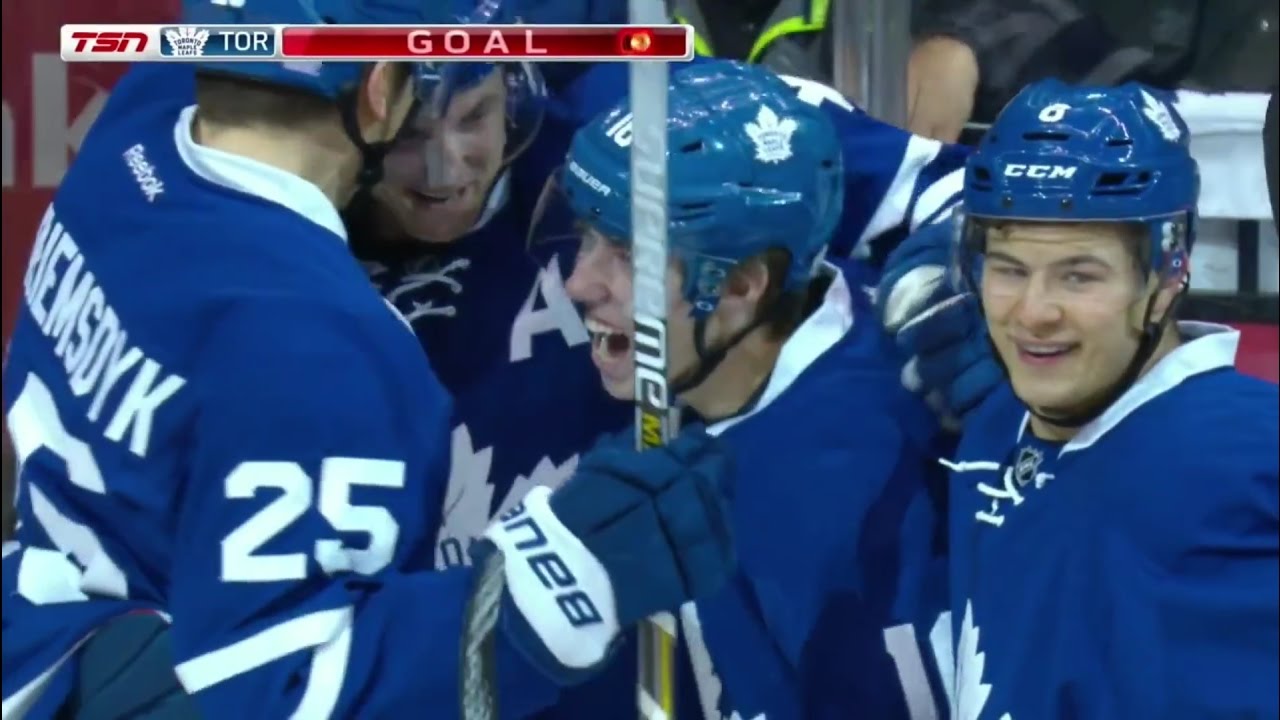 The Case Against Him
Marner is great, but he doesn’t have that appeal of being the best among his peer group at a single thing. He’s a quality goalscorer, but he’s no Laine. He’s great at possessing and protecting the puck (-2.59% CF%Rel per Corsica), but he’s no Matthews. He’s a solid distributor, but is he really better than Nylander, Matthews or Werenski? Maybe, but it might be difficult to argue he’s the absolute best among all rookies.

Laine might be Ilya Kovalchuk Jr., already proving he has one of the best shots in the NHL. He’s spent a good chunk of the season as the league’s leading goal scorer and was only recently overtaken by Sidney Crosby, who has 14 goals in 15 games. Even if he’s not first in the NHL, 12 goals in his first 24 games is a damn fine pace.

The Case For Him
He’s got a booming slapshot and is such an intelligent forward he’s almost the obvious pick at this point in the season. Even if he’s in the midst of a six-game goal drought, he’s on pace to surpass 40 goals in his rookie campaign without the benefit of an elite linemate like Artemi Panarin had last year. 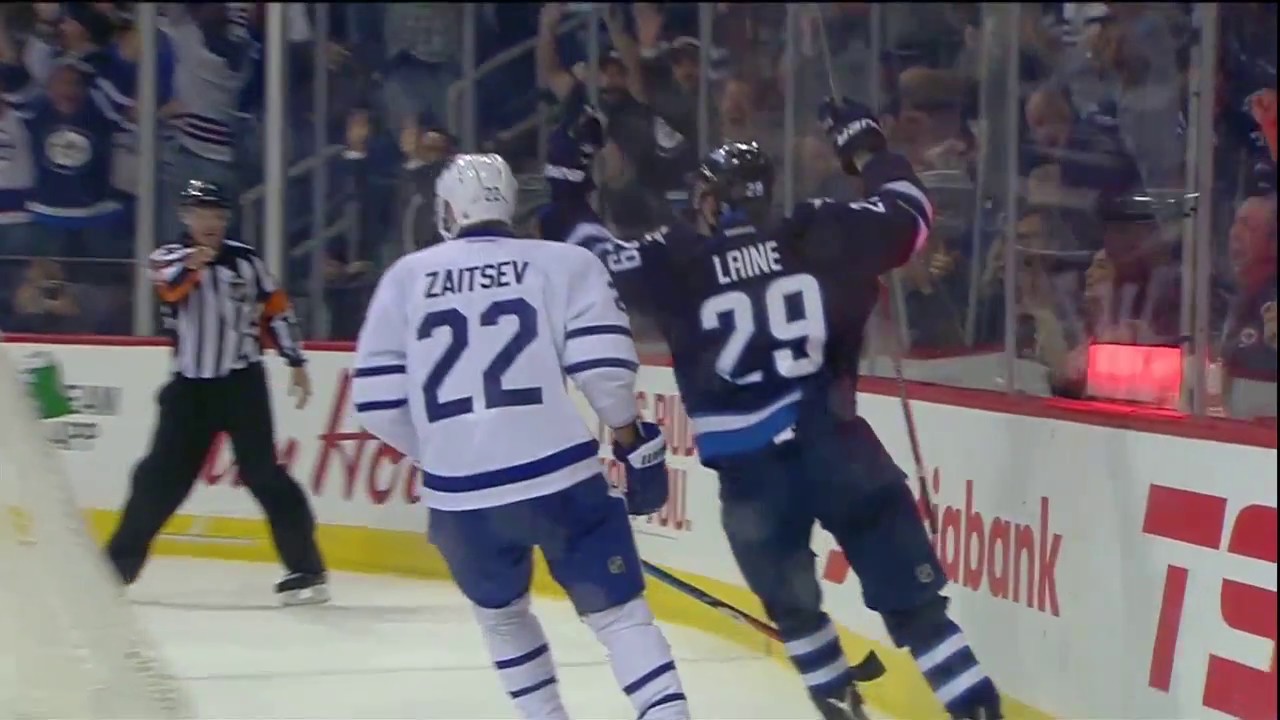 The Case Against Him
Laine has the opposite situation of rookies like Marner and William Nylander. Laine is dominant in a very particular way. Scoring. Even still, he’s scoring a lot on the power play. His five power play goals are tied for third in the NHL. His even-strength play hasn’t been as good, he’s not an elite distributor and his defensive game doesn’t compare to others on this list. Even if you start adding rookies who are tangential to this discussion like Brandon Carlo, Slater Koekkoek, Jesse Puljujarvi and others, Laine’s 43.12% adjusted CF%Rel and -3.5% adjusted CF%Rel rank among the worst marks for rookies.

One of the biggest rookie stories of recent weeks has been Matthews’s goal drought. It ended, but when it was going on it was a red herring. If like any good GM, you’re more concerned with process than results, there’s good news. The process has been there all along. Anyone watching those games knows Matthews created chance after chance and was frequently a dominant force during the drought.

The Case For Him
Matthews ranks fifth in the league in shots at 77. He’s young and is keeping pace with shot generation monsters like Brent Burns, Alex Ovechkin, Tyler Seguin and Vladimir Tarasenko. That’s elite-level shot production. But he’s not all offense. He sees the ice well, there’s a physical element he uses to his advantage, and his possession numbers are very impressive, with a 5.33% adjusted CF%Rel. He ranks among the most well-rounded rookies the NHL has seen in years. 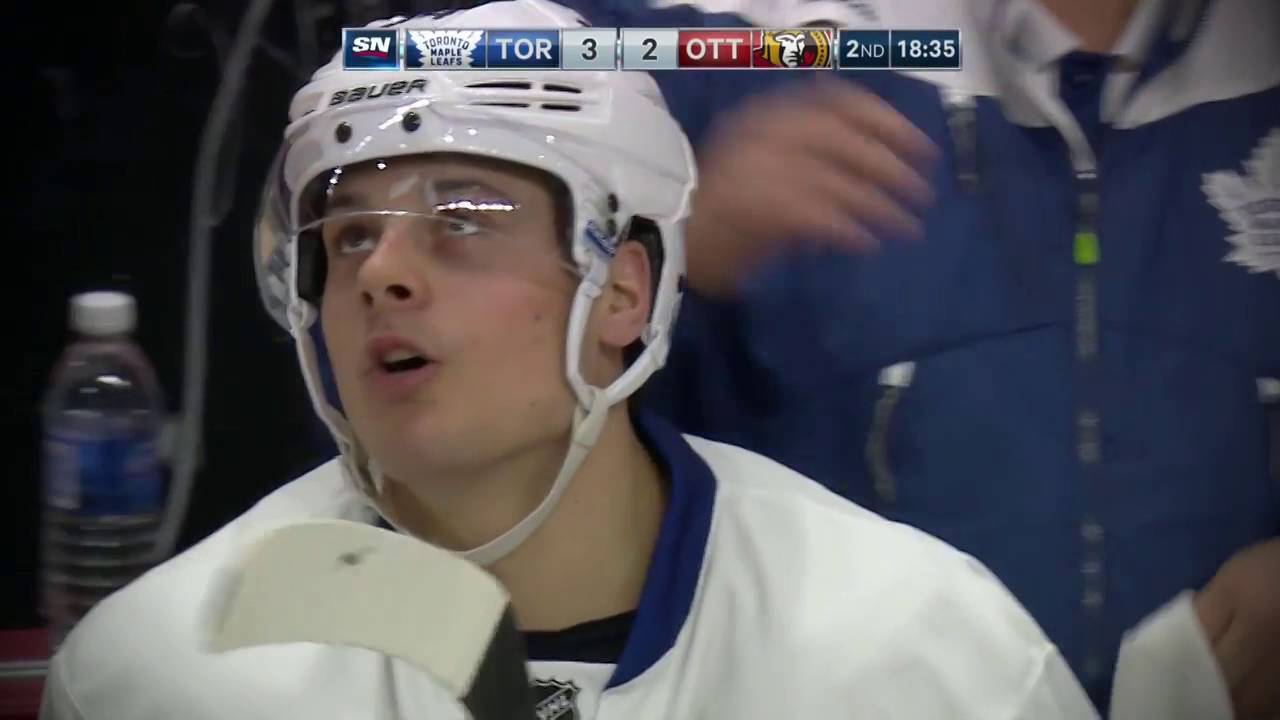 The Case Against Him
It’s basically just a counting game. Patrik Laine has more goals. Brady Skjei, Werenski, Marner and Nylander all have more assists. If voters can look past the counting stats, Matthews might be the best in the league.

Murray started the season on the shelf after suffering an injury during the World Cup. But don’t forget the Stanley Cup champion is also a rookie.

The Case For Him
Murray has seen just eight games of action so far, but he’s been outstanding. In those starts, he has a .939 save percentage, which ranks among the top marks in the league. He’s also logged a shutout and a 7-1-0 record.

The Case Against Him
With a crazy talented class of rookies, Murray will have to play a fair amount and be spectacular to take it away from the others on this list. The presence of Marc-Andre Fleury and the team’s need to get him minutes may prove to be an impediment to Murray trophy-chasing. He has a chance, but it’s tough for a goaltender to take the prize. The last one to do it was Steve Mason in 2009 and only three have done it since 1995.

Nylander is having a great campaign as well but has been overshadowed some since he’s playing on a team stacked with rookies. Lacing up with another club, he maybe stands out a little more as a phenomenal rookie talent.

The Case For Him
Nylander’s puck skills are next level and there’s no doubt he’s going to be a force in the NHL. He may be a bit older than the others who look like they’ll compete for Calder honors but don’t forget last year’s winner was 24. By comparison, Nylander is still very young to have this kind of impact. 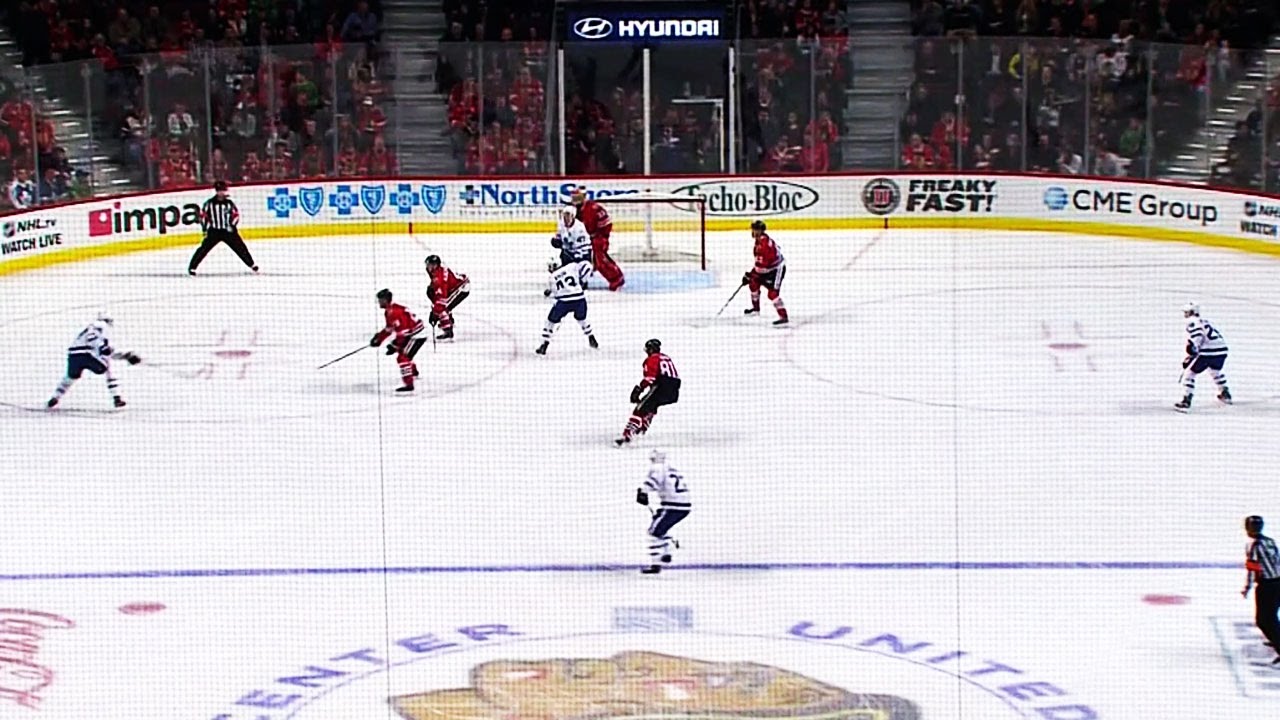 The Case Against Him
Nylander isn’t in a dissimilar place to Marner. He’s good at everything, but he might not the best at any one thing. It’s not clear he’s even the best rookie on his team.

The Case For Him
He’s getting leaned on hard in Columbus, especially when Seth Jones went out of the lineup. Averaging 22:16 of ice time, he’s getting the most ice time of any player on the time besides Jones. Werenski is playing in all situations, producing points (5-11-16) and he’s tough to play against for opposing forwards. He’s also sporting the best adjusted CF%Rel at 4.75% among all rookie defensemen.

The Case Against Him
The cards are stacked against Werenski. To get the Calder as a defenseman you have to have such an outstanding year it’s almost unfair. Aaron Ekblad did it, but only two defensemen have won the award in the last 10 years. Yet, in many years, it’s possible Werenski could get it. This year will be tough with a fierce crop of rookie battling for the crown.

Sebastian Aho — With a host of excellent players in the freshman class, Aho is getting overshadowed. If the season ended today, he’s not a finalist. However, with 11 points (3-8-11) in his first 20 games and a 3.91% adjusted CF%Rel, he should be in the discussion.

Travis Konecny — He’s mired in a bit of a slump, but Konecny has transitioned well to the NHL ranks. He’s a smaller player, but is capable of playing a physical style and clearly has the talent to be a top forward. With 12 points (4-8-12) and 51 shots in 23 games, he’s capable of jumping up into the finalist discussion, as is his teammate and roommate Ivan Provorov.

Jesse Puljujarvi — He’s been a healthy scratch and his offensive production isn’t outstanding (1-6-7), but Puljujarvi is coming along. He’s had some excellent moments and is slowly asserting himself as the player we saw at the 2016 World Juniors and in the Finnish Liiga last season. His 4.2% adjusted CF%Rel also speaks highly of what he’s been able to accomplish at his best.

Matthew Tkachuk — Like Puljujarvi, Tkachuk’s counting numbers aren’t jumping off the page. But he’s done a nice job playing the gritty, physical game that was expected of him. It took a bit, but he’s starting to make a statement with six goals and 10 points in his first 20 games. He’s also posting some very promising possession numbers with a 7.78% adjusted CF%Rel, best among rookies.

Jimmy Vesey — Vesey’s game hasn’t been consistent, but he’s putting up points and has at times shown next level intelligence and skill. He’s able to make plays most rookies simply can’t put together. Like others among the dark horse candidates, he’s not a finalist if the season ends today, but what he’s shown so far puts him in the conversation.