In many ways, a hockey game plays out like a song. Each member must participate in the harmonious rhythm to find success together. Each game possesses its own timbre and tempo. A big hit or fight is the peak of a crescendo. The pitch rises with each goal and lowers after a blown call.

Some teams show up late and only know how to play three chords. Others play three movements with the seamless quality of a Mozart concerto. With each team displaying varying genres, each player also functions as a different member of the band.

As the backbone of their group, drummers and goaltenders backstop their players to success. Both possess the largest, most unwieldy equipment, and are very particular about its use and care. Each are known for breaking a few sticks. Unlike other players, they carry the stereotype of being quirky, particular, and maladjusted. Whereas the goalie is separated from the players by a crease, a drummer’s kit isolates them from their band mates.

Just like a legendary drummer, a great goaltender can make the players look better as a whole. Goalies and drummers keep the engine humming. Rarely will a team survive the playoffs without their own personal John Bonham…or better yet, Garth Algar, who played both goal and drums. 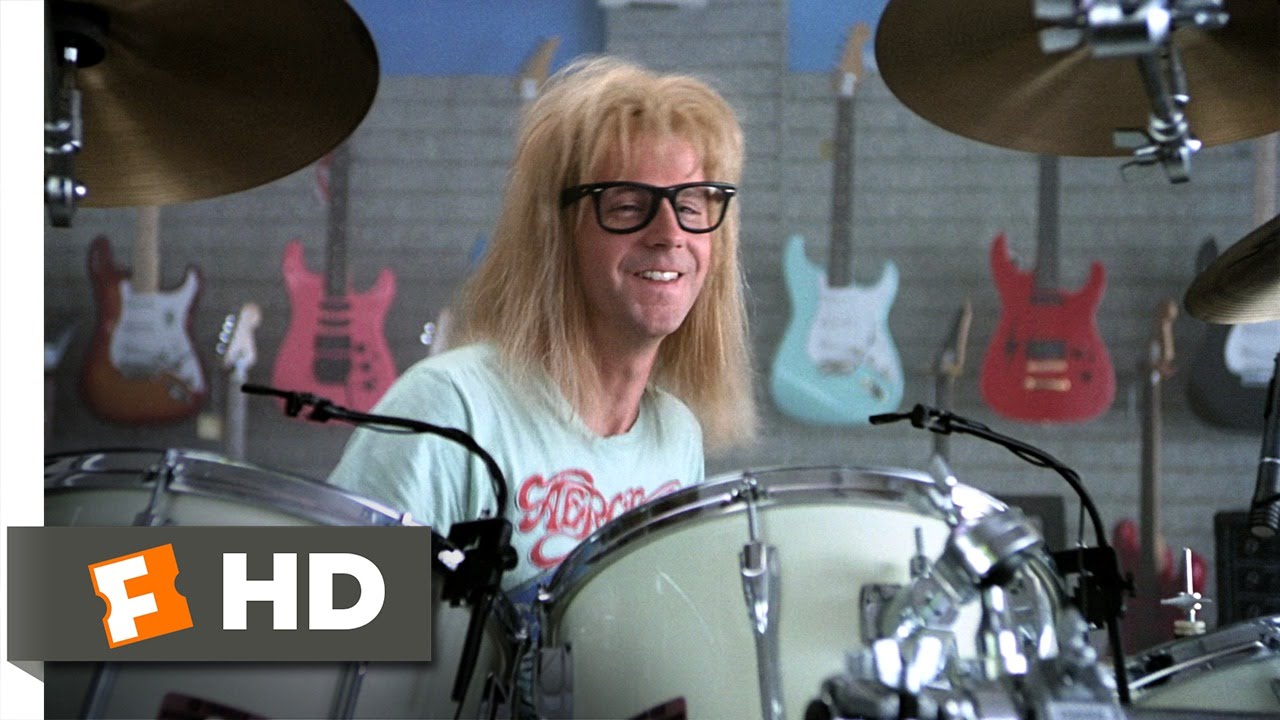 Carcass bassist, Jeff Walker, once said that “every bassist is just a failed guitar player.” There’s a common misconception in beer leagues that defense is easier than goal scoring, but no defenseman would agree.

Just as some forwards hate to back check, some guitarists hate to play bass. However, both bass and defense serve as a foundation on which the group plays. If the best defense is a good offense, you can bet that the best defensive players in NHL history played with an offensive mindset. Like Melissa Auf der Maur, the best defense is multi-faceted and can play everything. Sometimes they play bass, but the best can step up on guitar when necessary.

There’s a big physical difference between grinding on an axe and grinding on the boards, but not in theory. Every group needs these hard workers. They aren’t the face of the franchise, but the grinders get the bulk of the work done. No team is complete without their Slash. When no one else can get through to the Star, the Grinders know how to break them out.

Like a guitar solo, a player’s individual effort displays the same stunning effect on audiences. That breakaway goal is hockey’s guitar solo.

Whether fronting the band or scoring the winning goal off the top shelf, this group member is the face of the organization. Sure, they have a cast of backups, but fans get bent out of shape when their team replaces this player. The lead singer and the star forward put on a killer performance and serve as the most marketable member. Every team needs their David Bowie.

[Related: Looking Back at NHL Theme Songs, Past & Present]

“Let’s Do the Mega-Happy Ending”

Like a band, a hockey team has its rock stars and its background singers. A few even have the guy who just plays cowbell in the final two minutes of the show. The ideal outcome, however, is for each player to support the overall harmony, tempo, and pitch to benefit the group. Cohesion is necessary to produce a quality finished product. In the end, both players and musicians have the same goal; to flaunt some polished metal. The real difference is that fans never beg their hockey team to come back out for an overtime encore.