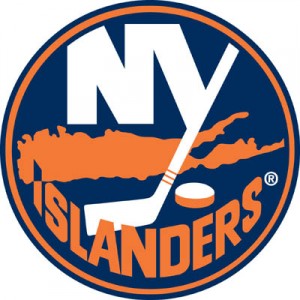 One-fourth of the regular season is over, and for the Isles, it’s been rough. The Isles were expected to make some improvements since finishing at the bottom of the Eastern Conference last season but actually exceeded expectations early on (very early on) with big wins against Tampa Bay and Toronto. The team looked serious about gaining entry into the playoffs and the players were jelling together. Since January 31, though, the Isles fell into a five game winless streak. Now, last place in the Atlantic Division and only ahead of Washington in the Eastern Conference standings, the Isles seem to be slipping back to mediocrity. With only 36 more games to play, the Islanders need to turn it around quickly because the road is not getting any easier.

A Reflection on Last Season

The Islanders struggled last year. There’s no question. The Isles ranked at the bottom of the league in a number of categories. During the 2011-12 campaign, the biggest issue for the Isles was their offense. Besides an all-star season from John Tavares, who led the club with 81 points, and an equally strong performance from Matt Moulson, who led with 36 goals, the Islanders lacked scoring in what was one of the lowest ranked offenses in the league.

Coupled with low scoring was confusion in the crease. Before the start of the 2011-12 season, there were questions about who the Isles would select as their starting and backup goalies. The choice was made to use Evgeni Nabokov, Rick DiPietro, and Al Montoya. Kevin Poulin and Anders Nilsson would continue their development in the AHL. Early in the season, though, DiPietro was injured. By the end of the season, all five goalies had been used. At age 36, Nabokov played in 42 games and recorded a 19-18-3 record.

Special teams for the Isles was unimpressive last season. The Islanders finished 20-131 on the power play and 22-116 on the penalty kill. Nothing special.

The Isles This Season

The Isles started off the season strong and although it might have been early, I think I heard some whispers about the Isles being competitive in the Division. They recorded an impressive victory against Tampa Bay, took a game against an experienced Marty Brodeur, and split games with an explosive Pittsburgh team.

Even in their losses, the Islanders have had consistent scoring chances. They looked efficient early, and they were the second team in the Eastern Conference to reach 20 goals. John Tavares and Matt Moulsen are producing major points for their team as expected, and with six and four goals, respectively, the first line is a threat to opponents. The Isles also have scorers in Brad Boyes and Frans Nielsen, who have the potential to make an impact with the team.

The Isles are also strong in the defensive zone with Lubomir Visnovsky and Travis Hamonic. After dealing with some issues prior to the season, both hockey and non-hockey related, Visnovsky took the ice against the Buffalo Sabres, and the Isles have a lot of confidence with him joining the lineup. Travis Hamonic started off the season playing in the AHL with the Sound Tigers. Not only was Hamonic consistent and reliable in the defensive zone, but he also provided the Sound Tigers with an offensive advantage. Consequently, he was recalled by the Isles when the lockout ended and scored their first goal this season. The defensemen for the Isles have also had an impact on the power play, contributing goals to what has been impressive special teams play.

Even at 37 years old, Nabokov is the go-to goalie for the Islanders (I though only wine got better). He is currently 4-5 with an .897 sv%. Nabokov is doing a good job in net given the amount of shots he’s faced. The Isles have been outshot by their opponents in several games. Some performances this season particularly stand out: The New York goalie recorded 30 saves against the Winnipeg Jets. He had 37 saves and held what’s been an outstanding Pens team to only one goal. On the other hand, Nabokov only faced 15 shots against the Sabres and allowed three goals. If only Nabokov could age like Marty Brodeur, the Isles would undoubtedly be playoff-bound.

For the start of the season, special teams play for the Isles had been top knotch, with the top power play and penalty kill in the NHL through seven games. On the power play, they were 9 for 24 (37.5%). Since then, the pp has dropped off significantly and New York went 0-22 in four straight games before recovering with four pp goals against Carolina. On the penalty kill, the Isles were perfect through three games. Through seven games, they were 24 for 25 (96%). In their first encounter this season, the Pens, who have one of the most efficient power plays in the league, were scoreless (0-3) against the Isles’ pk.

Early on, the Isles exhibited a team that was serious about competing in not only the Eastern Conference, but in the stacked Division. Unfortunately, they weren’t able to sustain their high level of play. The Isles currently find themselves in a five game winless streak which was extended last night against Carolina after a third period lapse cost them the game.

With the season shortened to only 48 games, every game is important for every team. This coming week, Isles compete against the projected Division Champs and the current Division leaders, the Rangers and the Devils. Besides Philadelphia, who has a strong team regardless of record, their upcoming schedule also includes two strong Northeast Division teams. If the Isles don’t find a way to shake their winless streak, they could fall into an even deeper ditch that would be impossible to dig out. The Isles will face off against Atlantic Division opponents 13 more times. Even with conference teams like the Philadelphia Flyers and Washington Capitals struggling lately, there are no easy wins.

Four teams came out of the Atlantic Division to compete in the 2011-12 Eastern Conference Playoffs: the New York Rangers, Pittsburgh Penguins, Philadelphia Flyers, and New Jersey Devils. With a shortened season and added depth to the team rosters, namely Rick Nash to the Rangers and Tomas Voukin to the Pens, the Atlantic Division bulked up and made it even more challenging to claim the top spot.

Talking about the playoffs only 12 games into the season seems hasty but, with a 48 game schedule, necessary. Winning the Atlantic Division isn’t a realistic possibility, but the Islanders should consider themselves contenders for a spot in the Eastern Conference playoffs. They might not be a power house in the division, but they are certainly better than the 34-37 record they posted last season. They have already displayed spurts of playoff-worthy play. With one-fourth of the season over, the Isles are at a point in the season in which they will be determining their own fate. The road to the playoffs is shorter than usual this season and the Isles have the ability to make it count.

What do you think about the Isles qualifying for playoffs? Leave your comments below.