What a week it was in Glendale, Arizona – 16 total goals (including five shorthanded tallies), just three total goals against, and, most importantly, three wins in the bank.

With each dominating performance that this team puts up, one thing is starting to become abundantly clear – these aren’t your father’s Arizona Coyotes. They’ve now won four straight, five of their past six, and are a threat to score whenever they have the puck in the offensive zone. Oh, and they can defend and control possession, too – they have the NHL’s No. 1 defense, the league’s No. 2 penalty kill unit, and the fifth-best Corsi-For Percentage (CF%) in the circuit.

Keep an eye on this team, folks – they’re going places this season.

After wrapping up a four-game road trip with a 4-1 victory in Columbus back on Oct. 23, the ‘Yotes returned home to the great state of Arizona and began a five-game homestand against a depleted Vancouver Canucks squad on Thursday night in Glendale. This game was a close one through two periods, but the Coyotes broke it open during the final 20 minutes. Clayton Keller scored to give Arizona the 2-1 lead after Alex Galchenyuk forced Vancouver into a defensive-zone turnover, and Brad Richardson doubled the lead with his second shorthanded goal of the season at 12:16 to make it 3-1. Lawson Crouse then added another shorthanded goal into the empty net to provide the final margin in an impressive 4-1 Coyotes victory. 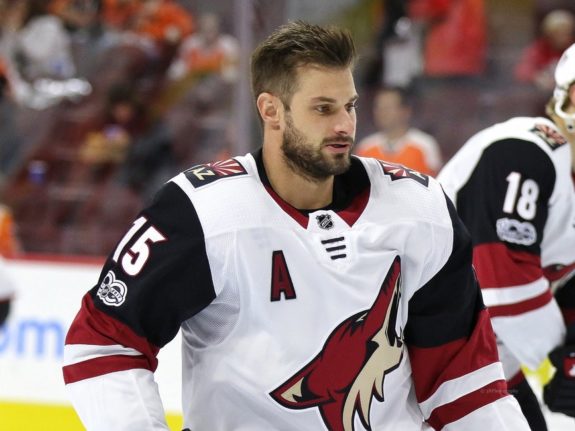 Brad Richardson is off to an outstanding start this season in Arizona. (Amy Irvin / The Hockey Writers)

On Saturday, the Coyotes welcomed the 7-1-1 Tampa Bay Lightning to Gila River Arena. Former Arizona netminder Louis Domingue was in goal for the Bolts, but the Coyotes did not give him a warm welcome. They scored three goals in the first period to open up a big lead, and cruised from there – Vinnie Hinostroza scored at 8:26 of the second period to make the score 4-0, and Michael Grabner scored back-to-back shorthanded goals to give Arizona a 6-0 lead in a game they’d ultimately win by a commanding 7-1 margin. 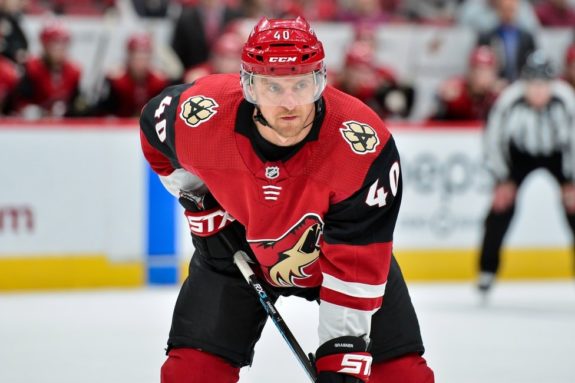 The ‘Yotes then put their three-game winning streak on the line against the Senators on Tuesday evening, but it became clear early on that this would not be Ottawa’s night. Alex Galchenyuk scored his first of the season at 4:09 of the first period, and Brad Richardson added his third of the year less than three minutes later. The nail in the coffin was Derek Stepan’s 130-foot shorthanded goal – the veteran fired the puck down the ice on the penalty kill, but it somehow snuck through the pads of Ottawa goaltender Mike Condon and across the goal line to increase the lead to 3-0. With a big first-period lead, the ‘Yotes cruised the rest of the way – Richard Panik and Oliver Ekman-Larsson added goals in the second and third periods, respectively, and Arizona won their fourth consecutive contest in easy fashion, 5-1.

The Coyotes will be back in action on Friday night, when they’ll welcome the resurgent Carolina Hurricanes to Gila River Arena. New head coach Rod Brind’Amour has his team playing some good hockey – Carolina has a winning record at the end of October for the first time since the 2008-09 season and the team is working hard to make hockey fun again in Raleigh. This matchup between two hungry up-and-coming teams figures to be a great one – puck drop is scheduled for 7:00 P.M. in Glendale.

After having the weekend off, the Coyotes will play the finale of their lengthy homestand on Monday night against the Philadelphia Flyers. Dave Hakstol’s squad is off to a brutal start – Philly’s goaltending once again has been a huge issue as the Flyers currently sit dead last in the NHL in goals allowed. This one, which could be a high-scoring affair, will get started at 7:00 P.M. at Gila River Arena.

At the end of the season’s first month, the Coyotes find themselves just two points back of the Canucks for the No. 3 spot in the Pacific Division. 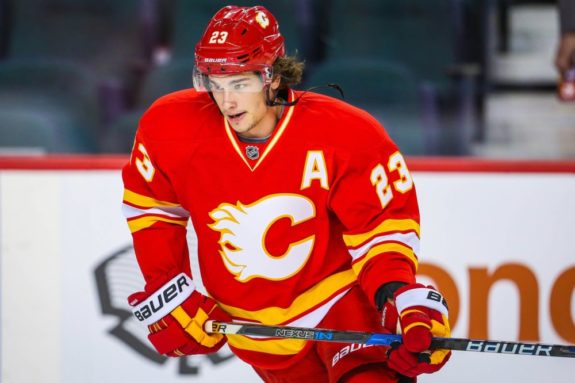 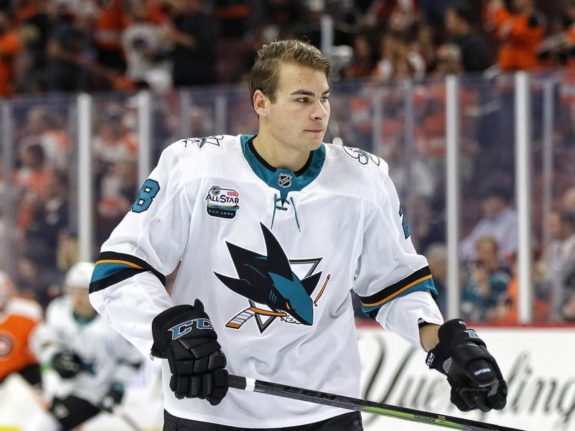