The Arizona Coyotes have won six of their last seven games to remain in the playoff conversation in the Western Conference, but, as of this writing, the team likely isn’t focused on the victories – they’re focused on the one bad loss they had to close out the week.

After a thrilling come-from-behind shootout victory over the Florida Panthers in their previous game on Feb. 26, the Coyotes continued their homestand on Thursday evening in Glendale when they welcomed Elias Pettersson and the Vancouver Canucks to town. Due to injury, Pettersson did not play in Vancouver’s earlier trip to Arizona on Oct. 25, making Thursday’s game the Calder Trophy frontrunner’s first at Gila River Arena. However, it was former Canuck Brad Richardson that instead stole the show in Glendale – he scored not one, not two, not three, but four goals on the night to lead Arizona to a 5-2 victory:

It was the franchise’s first four-goal game since Keith Tkachuk potted four back on Mar. 20, 1997, and Richardson’s performance gave the ‘Yotes their fifth-straight win.

With their second five-game winning streak of the season under their belts, the Coyotes hosted the Detroit Red Wings on Saturday evening in Glendale with their sights set on a sixth straight victory. Josh Archibald and Oliver Ekman-Larsson scored during the first period to give Arizona the early lead, and they never really looked back from there, as Vinnie Hinostroza put home a controversial third-period goal (see below) to extend the lead in a game Arizona eventually won, 3-1.

The Anaheim Ducks then came to town on Tuesday evening. On paper, this looked like a game that the Coyotes should have won easily, as the Ducks entered with a 6-21-4 record over their previous 31 games. However, Jakob Silfverberg gave Anaheim the lead less than four minutes in, and, while Arizona tied the game late in the first period, it never really felt like they had a chance to win. They squandered multiple power-play opportunities, including a long 5-on-3 chance, and watched their normally solid penalty-kill unit surrender two crippling power-play tallies in the third period, which provided the final margin in Anaheim’s 3-1 triumph.

The Coyotes will try to flush Tuesday’s disappointing performance when the Calgary Flames come to town on Thursday evening. To put it lightly, it’s been a struggle for Rick Tocchet’s group in their first three games against Calgary in 2018-19 – Arizona has suffered 7-1, 6-1, and 5-2 losses at the hands of Bill Peters’ club, and they weren’t really competitive in any of those games. One silver lining working in Arizona’s favor here is the fact that the Flames play on Wednesday night in Vegas before traveling to the Grand Canyon State on Thursday. Will the Coyotes be able to take advantage of a team on the second half of a back-to-back and avoid the season sweep? We’ll find out at 7:00 P.M. 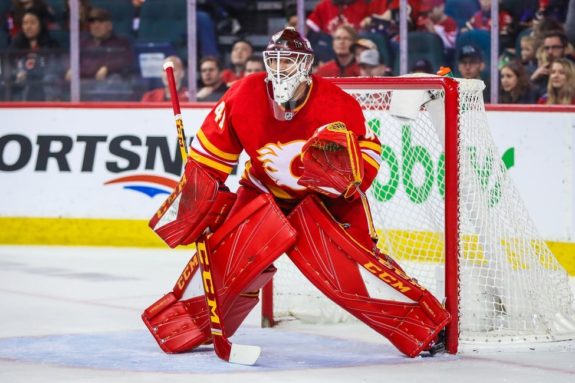 Mike Smith has killed his former team this season, and he’ll get another start on Thursday at Gila River Arena. (Sergei Belski-USA TODAY Sports)

The finale of Arizona’s seven-game homestand will take place on Saturday night out at the rink, when the Los Angeles Kings will come to town for the first time this season. Both of the previous meetings between these teams went down out at the Staples Center, with each team taking a 2-1 regulation decision. Judging by the Western Conference standings, this is a game the Coyotes should win – Los Angeles has been in the conference’s cellar all season long, and Arizona needs to take advantage of the teams below them in the standings as they continue their playoff push. However, as we’ve seen over the years, anything can happen when these two rivals face off against one another – puck drop is scheduled for 6:00 P.M. in the desert. 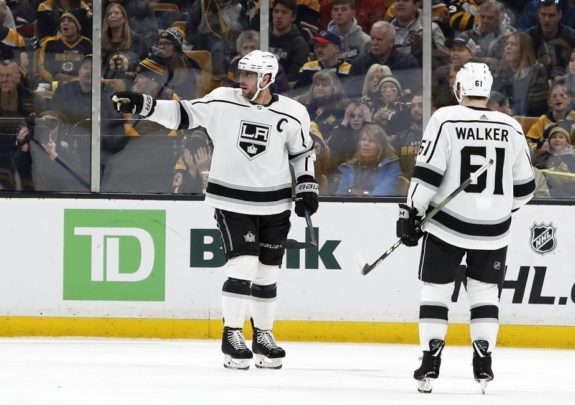 The Kings don’t have much to play for at this point in the season, but they’re still a dangerous team which has tons of high-end talent. (AP Photo/Winslow Townson)

With their homestand in the books, the Coyotes will then hit the road for a quick Midwestern back-to-back starting on Monday evening in Chicago. The Blackhawks have enjoyed a solid second half of the season, and they flirted with playoff contention briefly after winning seven straight from Jan. 20 to Feb. 10, but they’ve dropped four of their last five and have quickly faded from the playoff conversation as a result. Despite the fact that they’ll likely miss the playoffs, the ‘Hawks are still a dangerous team – Patrick Kane is on pace for a 50-goal season, while former Coyote Dylan Strome has scored at nearly a point-per-game pace since being traded for Nick Schmaltz in November. This one will get started at 7:30 P.M. Central Time (5:30 P.M. in Arizona). 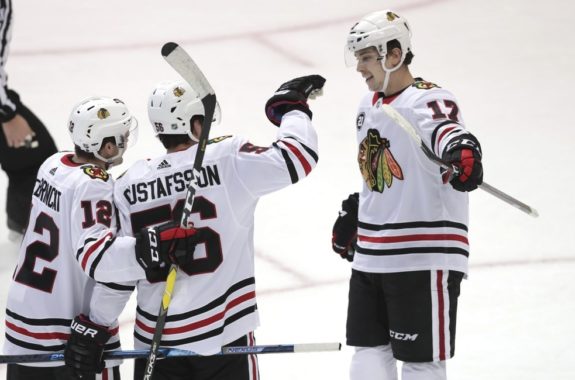 All eyes will be on Dylan Strome (17) on Monday when he takes on his former team for the first time. (AP Photo/LM Otero)

The Coyotes will then wrap up their short two-game roadie on Tuesday in St. Louis with a matchup against Craig Berube’s Blues. An 11-game winning streak from Jan. 23 to Feb. 19 got St. Louis back into the playoff race, but they’ve cooled off significantly since then. They’re 2-3-1 in their last six contests, and are in danger of being passed in the Central Division by the Dallas Stars, which would bring the Blues into play in the wild-card race. This game will have huge playoff implications in the Western Conference – it’ll get started at 7:00 P.M. local time at the Enterprise Center (5:00 P.M. in Arizona).

Just over a month remains in the 2018-19 regular season, and, outside of the top two spots in the Pacific, nothing is settled as of yet. 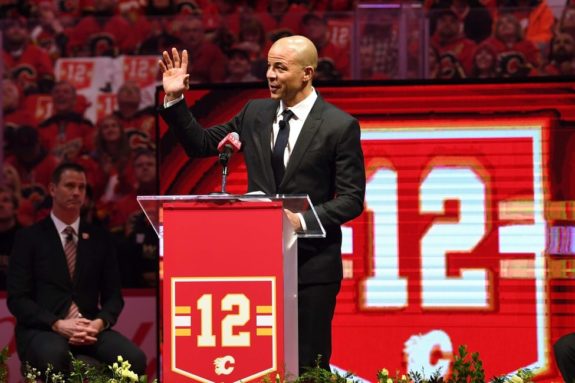 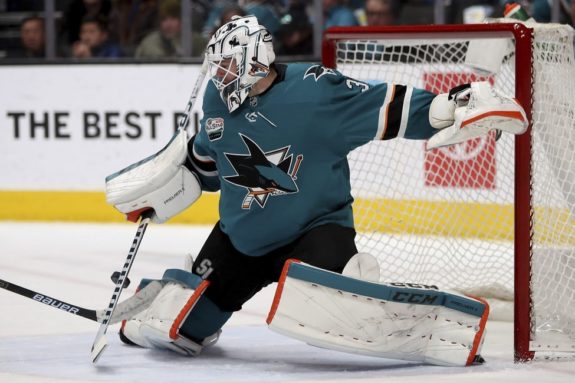 Martin Jones has been a liability for the Sharks this season. (AP Photo/Scot Tucker)

The Western Conference’s wild-card race is still wide-open – here’s a look at the teams Arizona is battling for those final playoff spots: 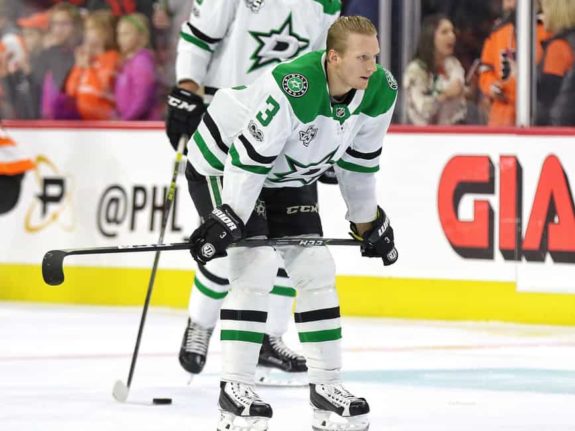 John Klingberg had a big week in Dallas. (Amy Irvin / The Hockey Writers)