If anyone thought that Dale Weise would be leading the Montreal Canadiens in goal scoring as of November 6th, 2015, you’re either psychic or a liar. Since the start of the season, the man nicknamed “Dutch Gretzky”, after an offensively scintillating performance in the Dutch hockey league during the last lockout, has been outstanding for Montreal. With 11 points in 15 games, Weise is on his way to smashing his career high stats of 10 goals and 29 points from last year.

It is rare to see a player blossom like Weise has since joining the Habs in March 2014 for a couple reasons. He was a scorer in junior and the AHL but was labelled as a fourth line player at the NHL level and it’s not unusual to see players who were scorers in the minor leagues end up as a checker in the NHL. Another thing working against Weise was his age. Currently 27-years-old, most players know what kind of player they are but apparently no one told Weise that.

Weise was confident he had more to give as an NHLer as stints in New York and Vancouver had him buried on the fourth line where he was expected to be an energy player and fight in limited minutes. In 2014, the trade to acquire him received little fanfare and did little offensively during the regular season for Montreal. However, the turning point for Weise came in the playoffs. First came his overtime winner versus Tampa Bay in game one in the first round. His finest work came in the seven game series versus Boston as Weise went toe-to-toe with now former Bruin Milan Lucic as Weise scored big goals for Montreal and antagonized Lucic to no end. 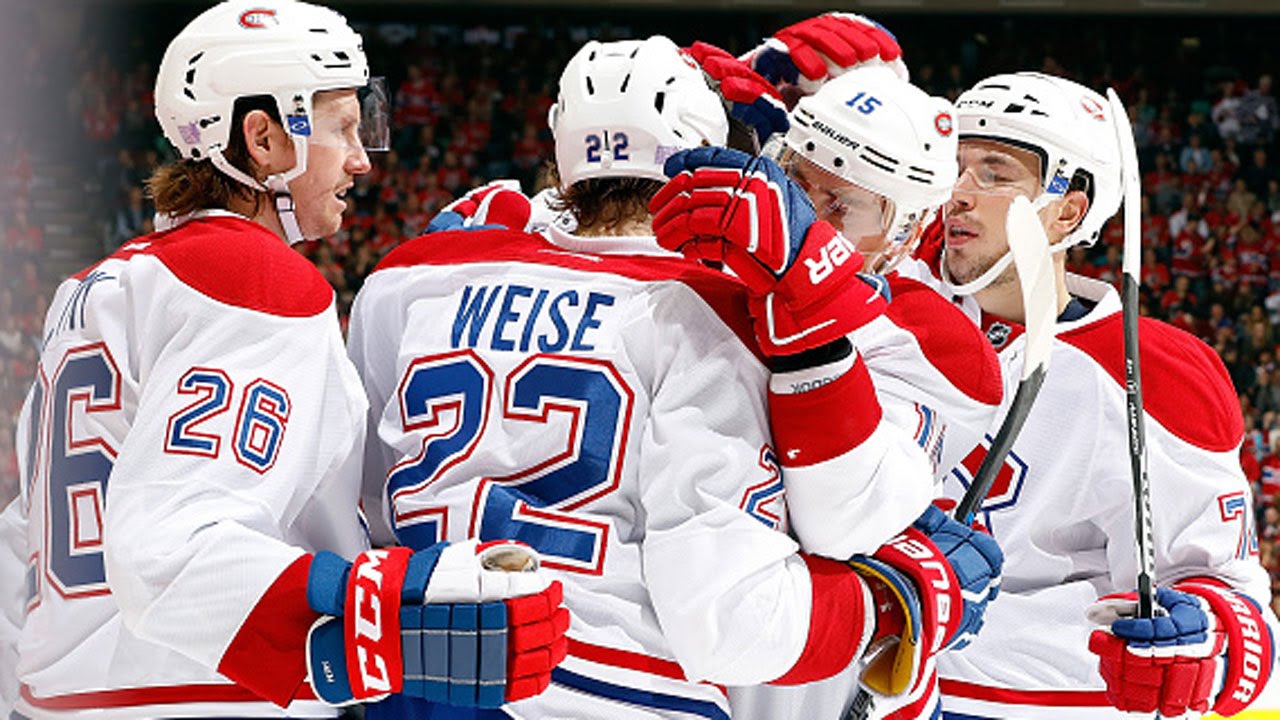 Habs head coach Michel Therrien has given Weise every opportunity to succeed and Weise has delivered above and beyond what most people expected of him. Weise isn’t what most picture as a traditional scorer but he has consistently proven everyone wrong. Playing alongside a player like David Desharnais, a creative playmaking centre and another skilled guy in Tomas Fleischmann has been a boon for Weise and the Habs in general as the team puts up offense despite being labelled as a “third” line.

My last article talked how I thought the Habs needed better wingers to complement their centres. While I still think that’s true considering how Alexander Semin has been scratched and Lars Eller not producing on the wing, Weise and to a degree Fleischmann have stepped up their games as that line with Desharnais has been Montreal’s best as of late.

Dale Weise takes over the #Habs lead in goals. Pigs are also flying outside the Bell Centre,

Weise is an unrestricted free agent at the end of the season and at the rate he’s producing, he is going to get paid this summer. He’s an incredibly valuable player as he has clearly shown he can score but also play a defensively responsible game as a checker too. He has also shown to be a capable performer in the playoffs and with all four lines expected to chip in, Weise is one of those players who gets it done.