It definitely can’t be said about every player, but it can be said about Erik Brannstrom: He plays hockey with a personality. That’s why the 17-year-old defenceman became a regular on the Swedish Hockey League team HV71 in the 2016-17 season, with a quality to his game that was far beyond ordinary.

Brannstrom possesses a versatile toolset of being as good with the puck as he is without it. You see, he has some highly developed skating abilities – even in the SHL, he can outskate most opponents – along with a great habit of setting up his teammates for plays. There’s not much more you can ask of from an offensive d-man these days.

In 35 SHL games this year, the young Swede scored one goal and a totaled six points. His more impressive numbers, however, can be found in the junior leagues. After playing 26 games in the J20 SuperElit, including the playoffs, he scored 12 goals and 30 points. This tells us that Brannstrom likely could be a rapidly developing force next season.

If there’s anything standing in Erik Brannstrom’s way it would be his size. An outdated argument, I know, although it’s difficult to fully ignore the issue of a small defenceman. Still, it doesn’t have to be a weakness. It’s not for nothing that Brannstrom often times is compared to Kimmo Timonen in this regard. And it’s not for nothing that Timonen played 16 seasons in the NHL before retiring.

A choice of Erik Brannstrom as a late first-round pick would be a draft pick well invested for any NHL team. In spite of this, there are talks about him ending up in the early second round, which would fully make him a bargain. Personally, I don’t think that will be the case. My prediction, backed up by several scouts’ reports, is that Brannstrom gets his named called up sometime between slots 20 and 31 in the first round.

“NHL teams who favour a smart possession game will love Brannstrom. Undersized by traditional standards (5-foot-10, 179 pounds), but moves the puck great. At the Five Nations Tournament he played like every shift was his last and tried to make something happen every time he was out there. Scouts noticed.” – Jeff Marek, Sportsnet

“He (Brannstrom) has good experience internationally, having played in the U18 World Juniors and the Ivan Hlinka tournament last summer. He does it extremely well. He’s outstanding in every game on U20 level. He’s all-round, good at skating, and quite tough for his age. There’s a big load of potential here.” – Tomas Montén, coach for U20 Team Sweden

If all pieces come together, no one is to say that Erik Brannstrom can’t be an elite-level defenseman in the NHL. On the contrary, some experts and fans even see him as a future superstar. More realistically, though, we can settle with projecting him as a top-4 defenseman in the NHL in a few years. At least for now.

Erik Brannstrom was on the team that won the SHL trophy 2016/17. Other than that, he has piled up a number of offensive records in recent years. Basically, Brannstrom has made himself the points, goals, and assist leader among junior defencemen every year since 2013. And in 2014-15, he became HV71’s youngest player ever to make his debut in the SHL. That’s something to be remembered by. 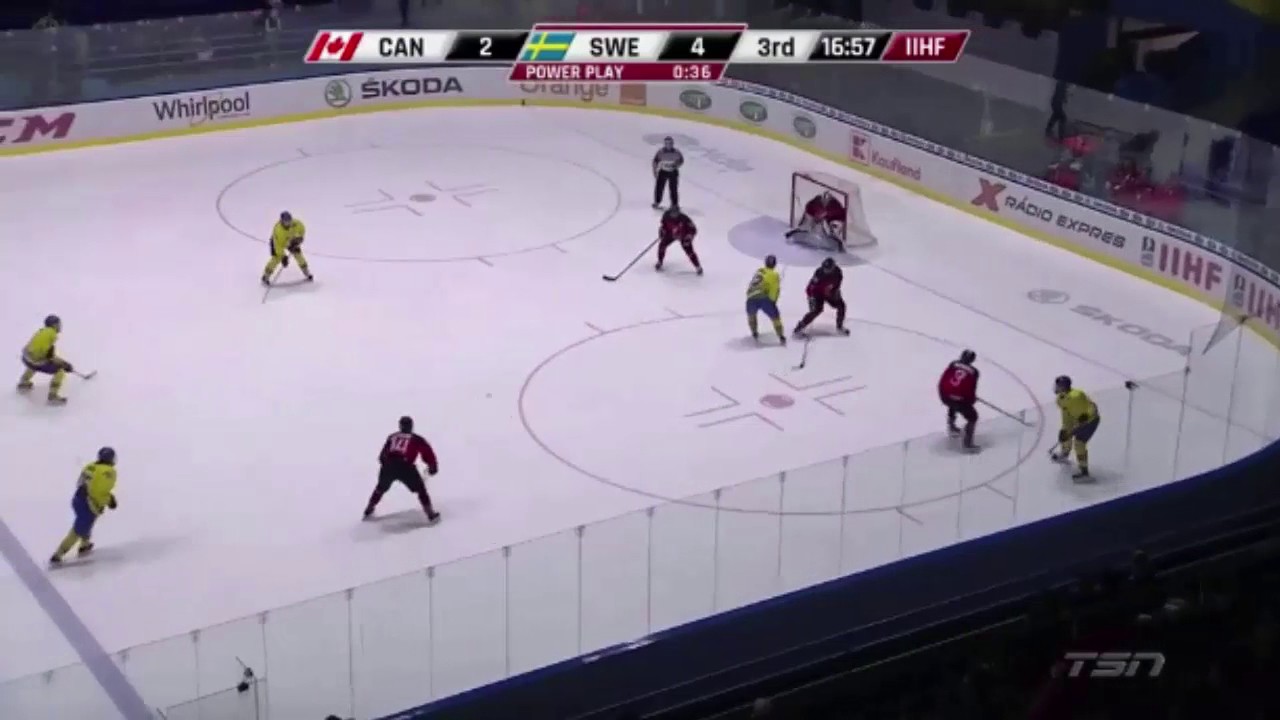 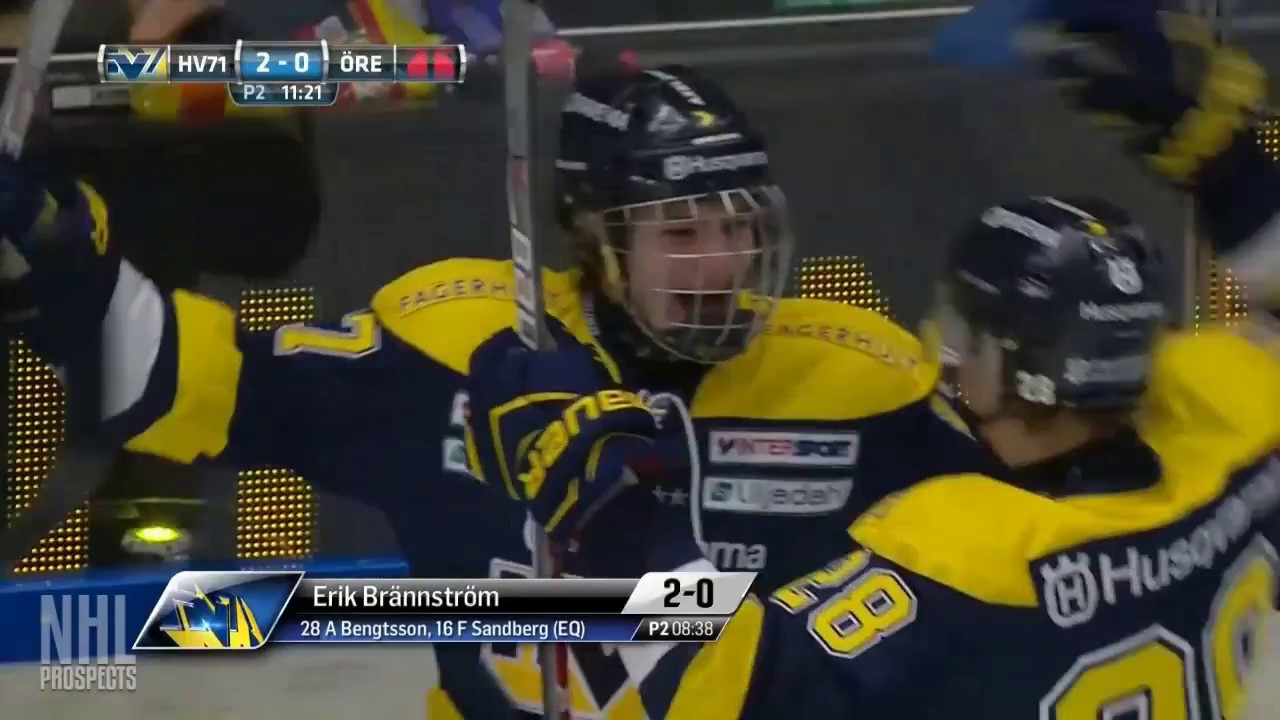