Nathan Gerbe is gone from the Carolina Hurricanes. Very few seem to be grieving over his departure. It is as if he has faded into the woodwork that makes up the boards around a hockey rink and simply disappeared.

From where I sit, this is a void that will be very difficult for the team to fill.

After a slow start last season that was marred by a 25-game absence due to injury, Gerbe was picked up by the New York Rangers in July. I knew he was pretty much toast as a Hurricane when I saw him between periods during a home game, just kind of wandering around the fifth floor of the Raleigh PNC Arena. I was bummed to realize what would soon be the realization of the writing on the wall: my favorite ‘Cane was headed out the door.

I was looking through the myriad articles I have written about the Hurricanes and came across one from November 2014. The ‘Canes had been playing their typical up-and-down hockey that season, and went into Pittsburgh and surprisingly beat the Penguins. I wrote “Who Are These Guys? ‘Canes Beat Penguins 4-2.” Gerbe had played very well in that game and I scribed this observation:

There is not a stat line for hustle, but if there were, Gerbe would undoubtedly be a league-leader.

I also opined that “no matter who else on the team is doing what, Nathan Gerbe is going to be giving 100% effort all the time.” I watched this team too many time when there were several players who did not give the same type of effort, causing the dynamics of Gerbe’s game to stand out in comparison.

The years prior to the coach Bill Peters era in Raleigh were difficult to watch for many Hurricanes fans. Even a significant portion of his first season was tough, with the mantra, “We didn’t start on time” being muttered often after too many losses.

The spotlight of negativity was often on Eric Staal, with fans remarking to me on several occasions, “Have you seen Staal dragging his butt to the bench?” The elephant in the room night after night was why weren’t these guys, professional athletes getting paid a lot of money to play a sport, coming out of the locker room fired up and ready to compete?

And Then There Was Gerbe

I posed the question in February 2015 “Are the Hurricanes Losing by Winning?” It was an observation that their winning late in the season was hurting their draft position. Running through a commentary of some of the players on the team at that time, I made this statement about Gerbe:

You give me a team full of guys like Nathan Gerbe and I’ll go deep into the playoffs every season. He has more heart and determination every minute he is on the ice than nearly anyone I have ever seen.

While some looked askance at the notion, the point was not about scoring ability or size. The point was and is that Gerbe’s heart was unmatched, and a group of players with that kind of intensity and drive to win would be tough to beat.

A few days ago, John Williams at Fansided wrote a player preview about Gerbe and the Rangers. In it he noted, “Look at his Relative CA/60 stats. When Gerbe is on the ice, his team gave up a whole lot fewer shot attempts than when he was not on the ice.” Williams also pointed out that Gerbe is an excellent penalty-killer, a need that the Rangers seriously want to fill. No he is not a juggernaut physically or on the score sheet. But, he is a player I believe brings such a huge amount of heart to the ice that he deserves to be in the NHL. 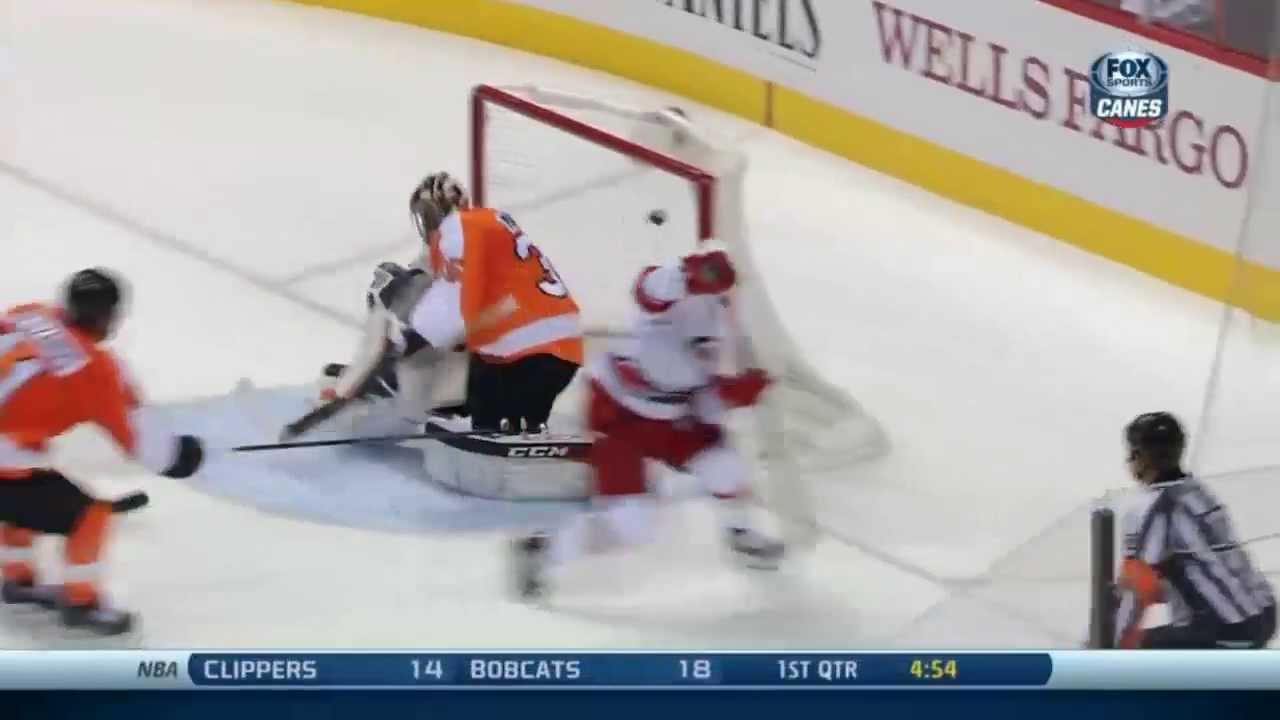 I believe that even though the Hurricanes have moved on, and that Gerbe is not a part of their plan, his hustle will be missed. No matter how well or poorly anyone around him played, he was consistently reliable in his intensity. I wish him the very best.