Back in April, we highlighted the Dallas Stars’ up-and-coming Swedes prior to Oduya’s addition. Considering Jim Nill brought many Swedish players to the Stars organization since taking the helm in 2013, it’s hard to dismiss their overwhelming presence. However, Sweden isn’t the only Nordic country fueling the Stars.

Finnish hockey players also make an impact on the club’s back end. Ten current players, offseason additions, and prospects are each battling for position in net or on the blue line (with the exception of a lone winger) headed into the 2015-16 season. Let’s get to know these guys before the Dallas Stars training camp in Cedar Park, Texas begins on September 18.

As the veteran Finn on the Dallas squad, Kari Lehtonen has served as the Stars’ starting goaltender since Marty Turco’s departure in 2010. Since then, the team provided Lehtonen with a rotating cast of back-ups, each of whom rendered unreliable long-term support. Following seasons of frustrating injuries in net, Nill is re-evaluating the goaltending position.

Enter Antti Niemi; Western Conference veteran and former Chicago Blackhawks Stanley Cup winner. Niemi’s addition creates a goalie tandem initially. Each netminder carried a heavy workload as starters the past few seasons. If Lehtonen and Niemi can split ice time, it can reduce the fatigue and injuries each suffered in recent seasons.
The goalies also share similar stats. Lehtonen finished the 2014-15 season with a .903 SV%, and 2.94 GAA in 65 games. Meanwhile, Niemi posted .914 SV%, and 2.59 GAA in 61 games. Both have contracts with Dallas through the 2017-18 season.

Jyrki Jokipakka’s rookie NHL season was marked by limited ice time and inconsistent partnership. Rotating with Jamie Oleksiak, Jokipakka found his fair share of time in the press box. After the Stars sustained multiple blue line injuries, the young defenseman found more ice time to develop with the team. While not as flashy as offensive rookie blue liner, John Klingberg, Jokipakka displays a quiet stability on the Stars’ back end.

Headed into October, Jokipakka will have to fight for his roster spot with a spate of young defensive prospects trailing close behind. At 24 years old, Jokipakka is reaching his prime years to make an impact in the major league. While the young defenseman played more games than Oleksiak (51 to Oleksiak’s 36), Jokipakka and Oleksiak display similar shooting statistics. Jokipakka displayed a slightly better 5 on 5 SV% than Oleksiak, but the larger defenseman found more defensive zone starts. By the time training camp rolls around in September, fans should keep a close eye on both of these players to find out who will find more ice time in Dallas come October. The competition is certainly close, and neither player can head to the AHL without passing through waivers.

Though Jokipakka plays a stay-at-home role in comparison to Dallas’ other young defensemen, he isn’t afraid to crash the net when the right opportunity presents itself.

Both labelled offensive-minded defensemen, Julius Honka and Esa Lindell represent the future of Dallas’ blue line. Both are known for exceptional play, but Honka, in particular, stands out for his slippery moves and swift transition game.

There is room for both defenseman on the blue line in Cedar Park in October, but only Honka found the opportunity to make a big splash at prospect development camp this summer. Not only was Honka the last man standing in the scrimmage shoot out, but his silky stick control, fancy footwork, and puck patience were in full force.

During the 2014-15 season, Honka contributed eight goals and 23 assists in 68 games across his first professional season with the Texas Stars. At the same time, Lindell posted no points in his five-game Texas stint, but scored 14 goals and 27 assists in 57 games with Ässät. Between the two, Honka has more experience on North American ice, having scored similar numbers with the Swift Current Broncos of the WHL. During his 2013-14 season, Honka posted 16 goals and 40 assists in 62 games with the Broncos. Alternatively, Lindell has more professional experience, seeing as he has played in Finnish professional leagues since his debut in the 2011-12 season.

As a result of these players’ contrasting experience and similar style, their efforts at the Dallas Stars training camp will be intriguing. 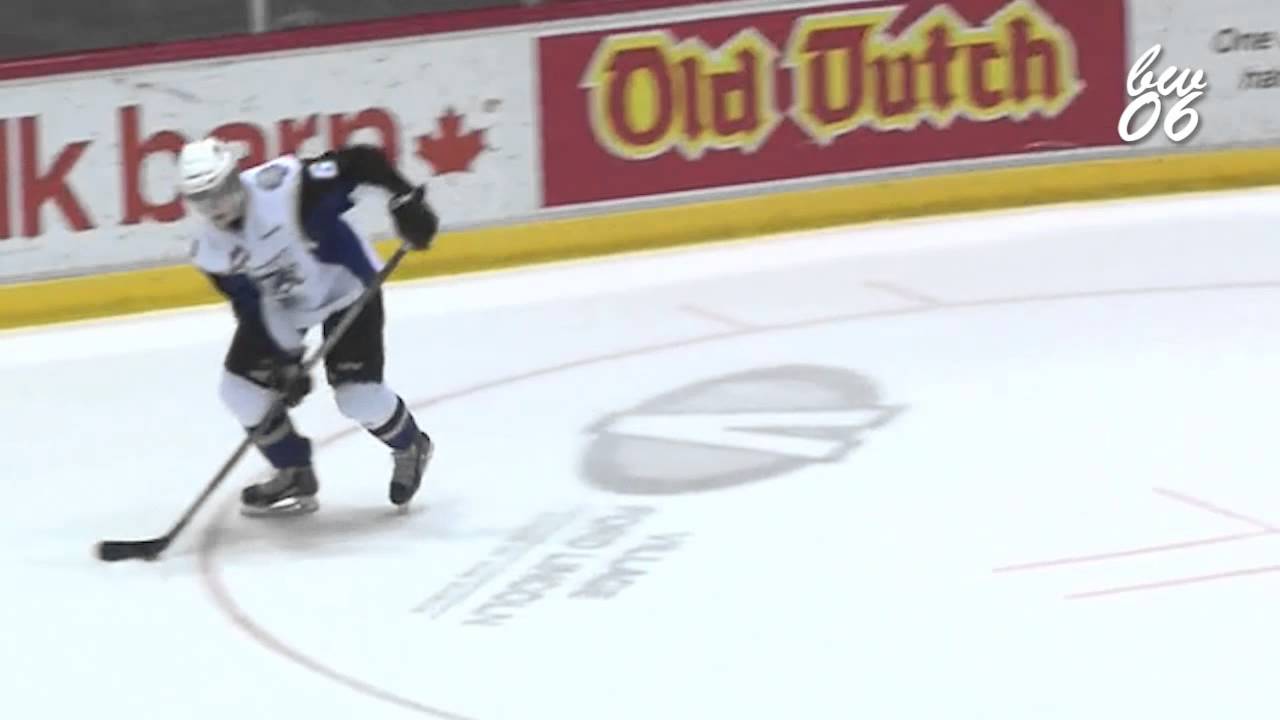 [Related: So You Want to Be a Stars Fan]

This season, Henri Kiviaho enters the second year of a three-year contract signed in May 2014. Kiviaho found a place on the Texas Stars roster as a backup in the 2014-15 season, but has yet to make his AHL debut. Spending the early part of 2015 moving up and down between the Idaho Steelheads and the Texas Stars, 21 year-old Kiviaho will finally land with Ilves for the 2015-16 season.

Kiviaho, who was selected in the fifth round of the 2012 NHL Entry Draft, could find ice time in Cedar Park in coming seasons. After Jussi Rynnas signed with the KHL, the back-up position in Cedar Park was up for grabs before the Stars signed AHL veteran, John Muse to support starter, Jack Campbell. As Dallas’ goaltending prospects mature, Kiviaho is in good company. The young Finn has time to duke it out with Muse, as well as fellow prospects, Philippe Desrosiers and Maxime Lagace. 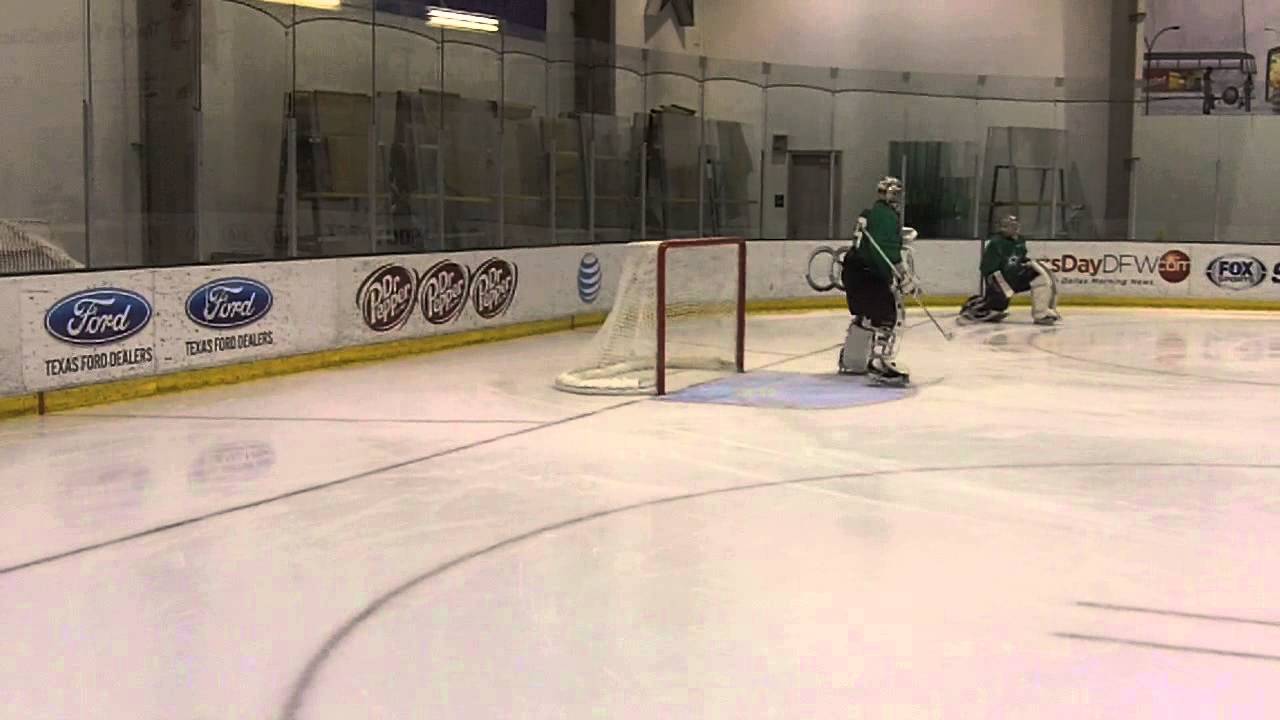 The Stars’ farm system lacked depth in net as the team approached free agency this year. During draft weekend, Nill made strides to change that. The 2015 sixth round draftee, Markus Ruusu, will start the 2015-16 season with JYP-Akatemia of the Finnish second league, Mestis. Leading up the draft, Russu impressed the Stars organization with his increasing save percentage, posting .918 and .920 in his last two junior seasons. Though he is light-weight for a goalie of his height, the 6’2″ netminder is still very young, having turned 18 on August 23.

Hailing from the same junior system as Jokipakka, Aleksi Makela will continue his professional career with Ilves this fall. Overall, Makela is a growing, left-shooting defenseman with a few goals notched in the 2014-15 season in the professional Liiga.

Right-shooting blue liner, Miro Karjalainen, also has some serious size at 19 years old. The 6’5” defenseman weighs in at 205 pounds, with time to put on weight before advancing past juniors. The young Finn finished the 2014-15 season with HIFK U20, but could make his debut with the SM-liiga adult team in 2015-16. The Stars chose Karjalainen during the 2014 NHL Entry Draft, a time when the team sorely needed big bodies and right shooters on defense. A big guy like Karjalainen will likely take a few seasons to develop in Europe, but we may see him in Cedar Park in coming years.

As the lone Finnish forward in Dallas’ prospect system, the Stars chose 18 year-old Roope Hintz in the second round of the 2015 NHL Entry Draft. After playing the 2014-15 season with Ilves, Hintz will join HIFK of SM-liiga in the fall. Last season, Hintz flashed his playmaker card, scoring five goals and 12 assists across 42 regular season games with Ilves. In 2013-14, however, Hintz scored 18 goals and 20 assists in 29 games with Ilves U20, hinting that the winger’s versatility improves with development. 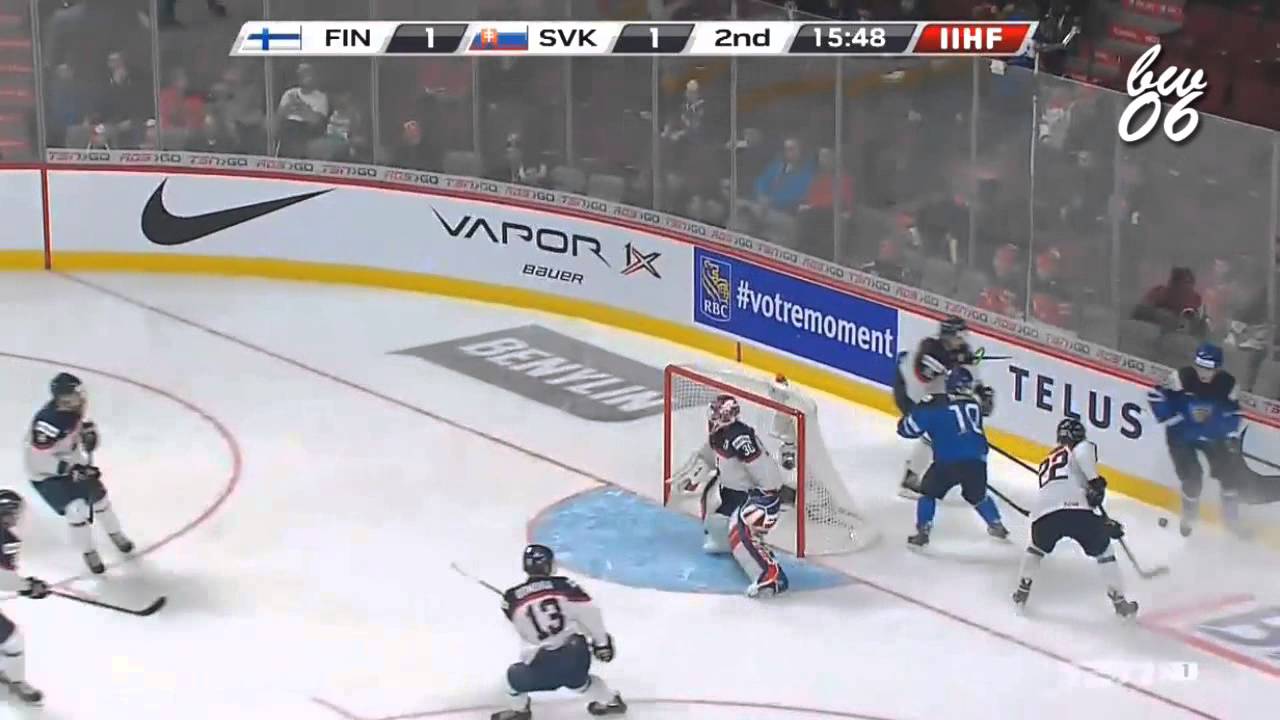 Due to the Finnish national system’s emphasis on defensive play and building teams out from the goalie, it is no surprise that the most desirable players make it to the NHL as defense. Many of these youngsters are still unknown in North America, leaving fans to wonder how they are developing in Europe. With the Dallas Stars training camp fast approaching, fans will have the opportunity to compare and contrast all of their favorite Finns at the free on-ice sessions and Victory Green vs. White Intrasquad Scrimmage at Cedar Park Center on September 18-22.