A month and a half from now, fans clad in Victory Green will fill the seats at the American Airlines Center for the season opener in Dallas. The Dallas Stars will play the Pittsburgh Penguins that night and open what could be a very special season. If you are a new hockey fan and are looking at the Stars to become your favorite team, you have picked a great time to pick them. If you are looking for a team, perhaps this guide can help you decide on Dallas. Here are some things you need to know if you are thinking of becoming a Stars fan.

You Will Be Entertained

The Dallas Stars scored the most goals in the Western Conference last season and have one of the best forward groups in the entire NHL. This offseason, the Stars added Patrick Sharp, a prolific goal scorer, to an already dominant offensive threat. Val Nichushkin, a promising young Russian, was off the ice for most of last season recovering from hip surgery. His return along with the arrival of Sharp will bolster the impressive offense from last season.

Some other must-watch players that some of you new hockey fans might not know are Jamie Benn, Tyler Seguin and John Klingberg. Benn is coming off an Art Ross season, meaning he scored more points than anyone in the league last season. Seguin was on pace to win the Art Ross before he was injured and still managed to finish 7th in the points race. Benn and Seguin have come together to form arguably the best duo in the NHL. Klingberg arrived in Dallas in November and never looked back. His stellar rookie campaign rewarded him with a seven-year contract extension in the offseason. Those three are must-watch players if you want to get into hockey.

Even if you aren’t a Stars fan, their games are probably the most objectively entertaining games in the NHL. Last season, not only did the score the most goals in the Western Conference, but they gave up the third-most goals in the conference as well. The Stars scored four goals in a game and lost 9 times last season. No matter who you are a fan of, the Stars play an incredibly entertaining brand of hockey.

One of the big reasons so many goals happen in games involving the Stars is speed. Dallas is one of the fastest skating teams in the NHL and they score (and give up) goals at lightning speed. 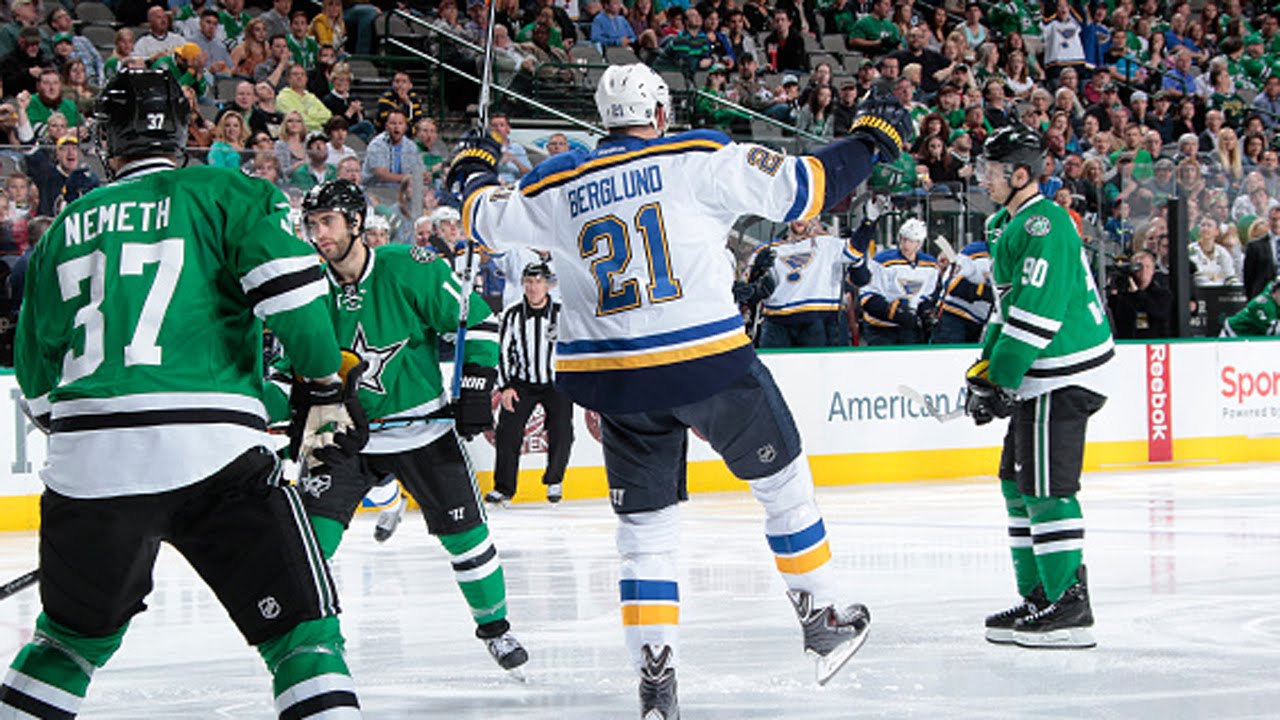 Almost every player on the team has serious wheels. Tyler Seguin seems to get at least one breakaway a game, Jamie Benn is deceptively fast, and Antoine Roussel doesn’t seem to ever stop skating. They play the game quicker than anyone in the league.

Daryl “Razor” Reaugh is the perfect color commentator for an entertaining team like the Stars. It isn’t often that the commentary is more entertaining than the sport itself, but Razor comes incredibly close to achieving that feat. Stars fans lost their beloved play-by-play guy Ralph Strangis this offseason, as he has gone on to pursue other adventures. Dallas hired Dave Strader to replace him, a play-by-play commentator you may recognize from the NBC Sports Network. Thanks to Razor, Strader shouldn’t have a difficult job.

This goal is six shades of sexy.

Pulls its pants down and spanks it home.

No, those are not typos. Those are actual descriptions of goals by Razor. I don’t think anyone has more fun calling the game of hockey.

At the end of it all, the number one thing you need to know if you want to be a Stars fan is how bright the future is for this team. Benn and Seguin haven’t even entered the prime of their careers. They possess numerous other young talents already on the NHL roster such as Cody Eakin, Antoine Roussel, Val Nichushkin, John Klingberg, Patrik Nemeth, Jason Demers and many more. Jim Nill has already proven to be one of the best general managers in the game and he is not afraid to make significant moves year after year.

There has never been a better time to jump on the Dallas Stars bandwagon than now. These Stars are still rising.