Firewagon Hockey: The Game in the Eighties

The term ‘fire-wagon hockey’ was coined in the 1950s, but it has come to signify the high-flying NHL of the 1980s. At no time was NHL offense more evident than during the highest-scoring decade in history. Mike Leonetti’s Firewagon Hockey: The Game in the Eighties is an excellent review of an era unmatched in terms of scoring at hockey’s highest level.

It seems unlikely we’ll ever see the kind of freewheeling, twine-bulging play that existed in those days, but they live again in the pages of Firewagon Hockey.

Presented in a year-by-year format, Mike Leonetti guides us through the exploits of some of the best-known, and maybe no longer so well-known players who starred during the 1980s, and some of the teams we may have forgotten along the way.

Of course, nowadays it may be easy to recall some of the biggest names from that decade. Gretzky, Lemieux, Bossy, Lafleur, Dionne, Stastny – these were the superstars, without doubt. But, some of the names so often heard in those days have faded. Michel Goulet… Rick Vaive… Tim Kerr… Many fans today would be shocked to know those three guys scored 50 or more goals in a season multiple times each!

And, who could forget the uniforms of the era? The photos in this book are wonderful, and if one must relive the 1980s, this is a great way to do it. The bright blue of the Nordiques… the flying V out in Vancouver… the bright greens in Hartford and Minneapolis… the royal purple and gold in LA… Cooperalls. All in glorious, large images that will surprise younger fans and rekindle memories for older fans.

This was an era of heated battles, born of multiple meetings during the season and then repeated playoff series. The Battle of Québec. The Battle of Alberta. The Norris Division (also known as the Black ‘n Blue Division due to it’s preponderance of heavyweights). These were among the best and most hotly contested rivalries in sport. Much has changed – the view of fighting in hockey has changed, the Nordiques became the Avalanche, the Stars moved to Dallas and Toronto left for the Eastern Conference, and some of these rivalries are now only relived by leafing through a book such as Firewagon Hockey.

Leonetti will be familiar to some hockey fans, having written over 25 hockey titles for adults and children on various franchises, players and the Original Six era. In this book, he presents the major events of each season – teams that played surprisingly well, teams that were unexpectedly bad, games where players hit milestones, and the rising or declining fortunes of various franchises. There’s also the ugly, even tragic side of the game, as Leonetti recalls stick-swinging incidents, and such stories as those of Normand Léveillé and Pelle Lindbergh. Overall, fans will see how the face of the NHL changed, including the gradual increase in the number of European players marked by the arrival of players such as Mats Naslund, Jari Kurri and Esa Tikkanen, and the eventual arrival of the Russians.

And Leonetti made sure to revisit one of the most memorable events for Canadian Hockey, the 1987 Canada Cup. 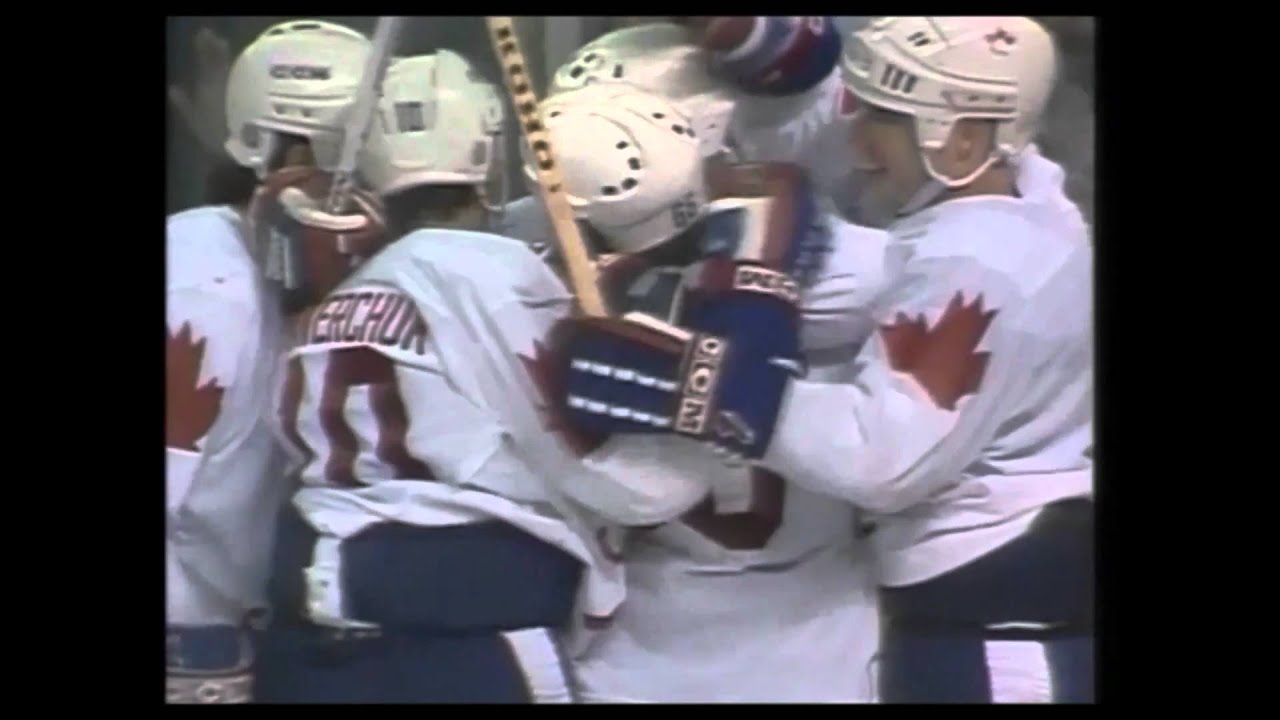 Firewagon Hockey will appeal to many fans, from those who want to read about and recall the glorious NHL of the 1980s to those who enjoy the colour and action of NHL photography. It’s a great addition to the hockey fan’s library and a visually enjoyable collection of memories from the not so distant past of the NHL.