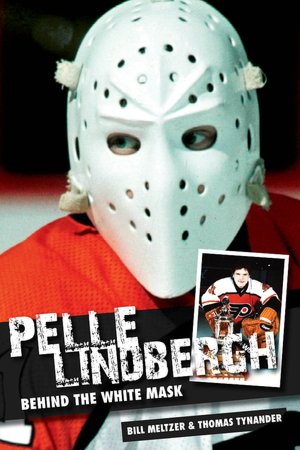 Almost four years to the day I was born, the Philadelphia Flyers lost one of its greatest goalies, Pelle Lindbergh, in a horrific car accident in which alcohol was involved.  It was a deeply sad and morose day for the entire Flyers community (players, fans, writers, etc.) because Lindbergh was coming off his best season in the NHL, becoming the first European to win the Vezina trophy.

There were two things Pelle was passionate about: hockey and cars.  When he drove, he did so recklessly and erratically.  In his first few years playing in Maine, Lindbergh was known by many officers in the area because of his numerous pullovers.  His dangerous driving eventually caught up to him on November 10, 1985 when, after a night of drinking, he misjudged a steep turn sending his car into a brick wall.

“Growing up in Sweden, Pelle Lindbergh dreamed of playing goalie in the National Hockey League. More specifically, he wanted to follow his boyhood idol, Bernie Parent, and play for the Philadelphia Flyers. The dream became a reality when the Philadelphia Flyers drafted him during the second round of the 1979 NHL entry draft. What no one knew at the time was the dream would end so tragically. Pelle made the Flyers full time during 1982-1983 season, and was named to the All Rookie team. In 1985, he helped lead the Flyers to the Stanley Cup Final, and became the first European to win the Vezina trophy as the NHL s best goalie. In November of 1985, Pelle s life was cut short when he died in a car accident during the season. He was the first player to be posthumously voted to an all-star team in North American Sports. Pelle Lindbergh follows the life and career of Pelle, from his childhood in post WWII Stockholm, the 1980 Olympics and his time playing for the Philadelphia Flyers.”

Bill Meltzer strategically splits the book into two stories.  In the odd chapters Meltzer takes us through that fateful night-into-day where Lindbergh had one too many, destroying his Porsche 930 Turbo and the aftereffects of his death on the people he associated himself with.  In the even chapters, Pelle Lindbergh’s life back in Sweden and the hardships he dealt with when coming to the Flyers organization are written in great detail with first-hand accounts of coaches, fellow teammates, equipment managers, columnists and the like.

One fact was that Pelle never drank and drove.  Back in Sweden, the law stated that if you were to be caught drunken driving, you’d be arrested and thrown in jail.  Many times throughout the book, Pelle’s good judgements to refuse beer/liquor/what have you were brought to the forefront.  Many times, as was stated in the book, he would order milk instead.

Although Meltzer does not condone the actions of Pelle that night, everyone must realize that Lindbergh did make a very bad mistake that cost him his life that, not only affected him, but two others who were in the car with him, his teammates, the fans of the Flyers, among others around the world.

Even though Pelle Lindbergh is the focus of the entire book, what I found to be a bit more intriguing was how the team reacted to the loss of Lindbergh.  Certainly it was not an easy task for a team to lose their best player and return to peak mental and physical condition, however the Flyers did win their first game since Pelle’s death in a 5-3 win over Edmonton.

The team kept trucking along the remainder of the season, won the Patrick Division and secured a playoff spot.  But the emotional distress of losing a teammate like Lindbergh had been too much and they lost in the first round of the playoffs at the hands of New York Rangers.

It is commonplace among Flyers fans that Pelle Lindbergh’s number is de facto retired.  No player has worn the number since Pelle’s death, and I highly doubt anyone ever will.  I do not believe the Flyers will ever retire Lindbergh’s number outright since it would be viewed as giving a pass to drinking and driving, but Pelle is very much interwoven throughout Flyers’ history.  Even if you aren’t a Flyers fan, this book is a great and easy read.

Bill Meltzer takes you through a life that had so much promise and was stopped in an instant.  The testimonials from many of his best friends and teammates give way to showing you the person and player Lindbergh was on and off the ice.  One mistake does not define a players career.  Meltzer doesn’t force anything on the reader, he just tries to show how Lindbergh should be remember – not as the player who killed himself drinking in driving, but rather the teammate, friend, student, child, son, fiancee who enjoyed life to the fullest.