Two of my colleagues at THW, Brianne Spiker and Mohammad Bakhach, chronicled the benefits of the trade but I have still fielded a number of questions as to how and why this trade makes sense.

Not just Veteran's Day in the US, but Montreal as well. #Gonchar #Habs

Many wonder how a 40 year old player with a history of injuries and whose best years are far behind him can help a speedy team in the midst of a youth movement.  It’s a valid question, and one that can only really be answered after more than the current three game sample size; but in the meanwhile, I’ll say, I stand wholeheartedly behind this trade for a few reasons. 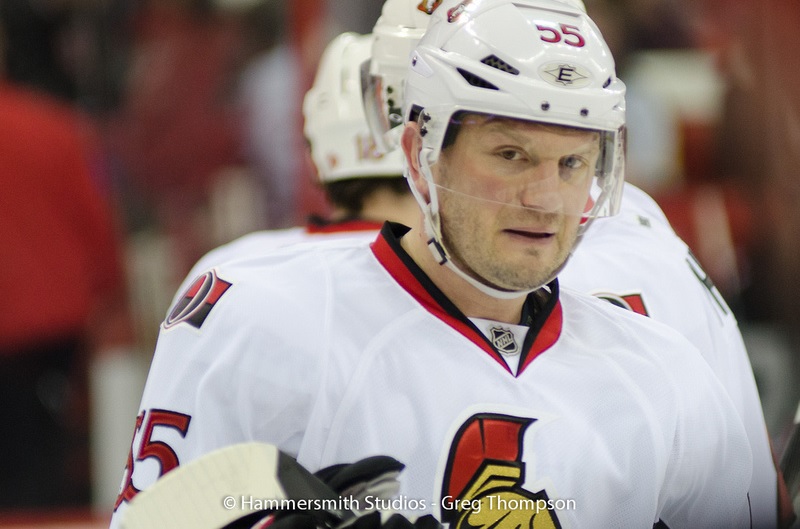 Gonchar, now well past his prime, waived his no trade clause to join the upstart Canadiens roster.  Sure, it’s disappointing to have an All Star player join your team in the twilight of his career but this isn’t exactly the same as signing a local hero in the hopes that he can play better than expected.  The Habs were in desperate need of improving their special teams and managed to sign a veteran leader whose specialty happens to be the power play.

The Habs lost two of their loudest locker room voices when they opted not to re-sign captain Brian Gionta and then traded alternate captain Josh Gorges, both now with the Buffalo Sabres.

The loss of leadership is evidenced by the fact that the Habs decided to rotate four alternate captains rather than name Gionta’s successor.  It is further evidenced by the team’s sloppy starts, chaotic special teams and undisciplined play.  Sure, coaching can take its share of the blame for low possession numbers and odd match-ups but the team’s young core has clearly lacked guidance on the ice; that much-needed calming presence that has been Markov and Plekanec’s signature over the last few years.  Now they have help.

In three games with his new club, Gonchar has had a calming effect on the team, especially on the power play that has scored 4 times in 12 tries, a considerable improvement on its 7.1% efficiency rating.

As P.A. Parenteau told The Gazette  when asked to explain the resurgence of a doomed power play:

“The addition of Gonch doesn’t hurt,” Parenteau said. “He settles things down out there. He brings a lot of leadership to the power play and you need that, especially when things aren’t going well. He’s confident, he doesn’t force the play and he makes the right decisions. That goes a long way when the power play struggles.”

We can only hope that Gonchar’s arrival means we will not have to see the dump and chase ‘cycle’ anymore and that he and  Markov will stand as the quiet on-ice leaders who direct the play on the ice.  There are still plenty of loud voices in the locker room to help energize the team, but the addition of Gonchar will help put the puck in the net.

A Boost for the Power Play

The move also gives Therrien options.  Markov and Gonchar form an efficient first unit power play duo on the points; one that has seen considerable international play, and was good for two goals on Saturday night against the Flyers.  It also allows P.K. Subban and Galchenyuk to unleash their creativity as a part of the second unit, for beauties like this one:

Making Room for the Kids

The other important benefit to the trade is the departure of Travis Moen.  Moen, for the record, was a favourite of mine but one that couldn’t (ironically?) keep up with the youth movement.  The trade played right into the hopes and dreams of fans who wanted young players in the lineup.

Yes, Jiri Sekac was the direct beneficiary of the René Bourque’s demotion but freeing up space on the 4th line was equally important.  Firstly, the team did not need three grinders in the lineup which, because of Moen and the very effective Brandon Prust, left Weise in the press box on more than one occasion.  Weise is ten years younger than Moen and has the legs to keep up with the team’s best players and the unrelenting energy to drive to the net at all costs; a less appealing role for Moen at 32 years.  Weise’s reinsertion to the lineup paid immediate dividends.

Secondly, while young defenseman Jarred Tinordi will likely stay in Hamilton as a result of Gonchar’s arrival, the move hasn’t hurt Nathan Beaulieu, who was dressed the last three games as the 7th defenseman.  Granted, dressing 7 defenseman is not a long-term solution but it works for the moment. While Gonchar is finding his stride, Beaulieu will gain valuable experience playing both forward and defense, albeit in a limited role. He was even given some power play time against the Bruins and managed an assist as a result.

The main concern about the deal seems to be that Gonchar’s $4.6 million cap hit is considerably larger than Moen’s $1.85 million.  Granted, Gonchar is only signed through this season but it still limits Bergevin’s ability to add a winger, which the team clearly needs, should he find one. The truth is, there’s plenty of time to add a winger since the team has yet to suffer any significant injuries this season, which, in this day and age, is a virtual certainty.

A lot can and will happen before the March NHL trade deadline and until then, the Habs have a better chance of making the playoffs with Gonchar in the lineup, even if he isn’t the smoothest skater or if players get around him now and then.  I don’t think Bergevin’s plan was to handicap the future by requesting immediate help.  I think he was filling in some of the holes that had thus far prevented a good team from being great.

2 thoughts on “Gonchar Trade a Welcome Addition to the Habs”