On November 27th, 2015 Bud Holloway made his long-awaited NHL debut. Since playing a measly ten minutes in that one game, months ago, Holloway has been stuck in St. John’s with the Ice Caps. For a team that has struggled so mightily this season, it is truly mind-boggling as to why Holloway was never given a real chance to play for the Canadiens.

The winger has 44 points in 48 AHL games this season, which is very impressive. He can fill a hole at RW for the Canadiens, who are a team that lack depth in that position. It is too late now to salvage the Canadiens’ season. And, there are numerous points in the season in which crucial mistakes were made by management and the coaching staff. But the misuse of Bud Holloway this season has been one of the many errors made.

Top 10 in AHL point scoring, Holloway is set to become an Unrestricted Free Agent at the end of this season. Multiple teams were interested in signing him last year when news broke that he was interested in making a return to North America. Seeing how Montreal has treated him this season, one would have no reason to believe that he would want to re-sign with the Montreal Canadiens.  When the forward looks back on this season, he will not be able to say that he didn’t deserve a spot with the big club, that’s for sure. 44 points in 48 games is more than deserving. The Canadiens should have at least given him a longer stint to prove himself than ten minutes. Sure, it was a great story, and would have been an even better story if it had worked out with the Canadiens. But, that isn’t why he deserves more than one game. He deserves more than one game because he had  earned it.

Ridiculous Misuse Of A Valuable Asset

The Canadiens have misused Holloway this season much like they have notoriously done numerous times beforehand. From Galchenyuk to Desharnais, from Tinordi to Pateryn, the list goes on. The Montreal Canadiens, as an organization, are truly a frustrating bunch to understand from time to time. An organization so reluctant to promote their AHL talent into the NHL, the Canadiens have yet again dropped the ball.

Holloway deserves an NHL chance. If not in Montreal, then elsewhere. Hopefully someone gives him a chance next season. He’s certainly worth a look.

Bud Holloway scores a powerplay goal from the half boards while playing for the St. John’s Ice Caps this season: 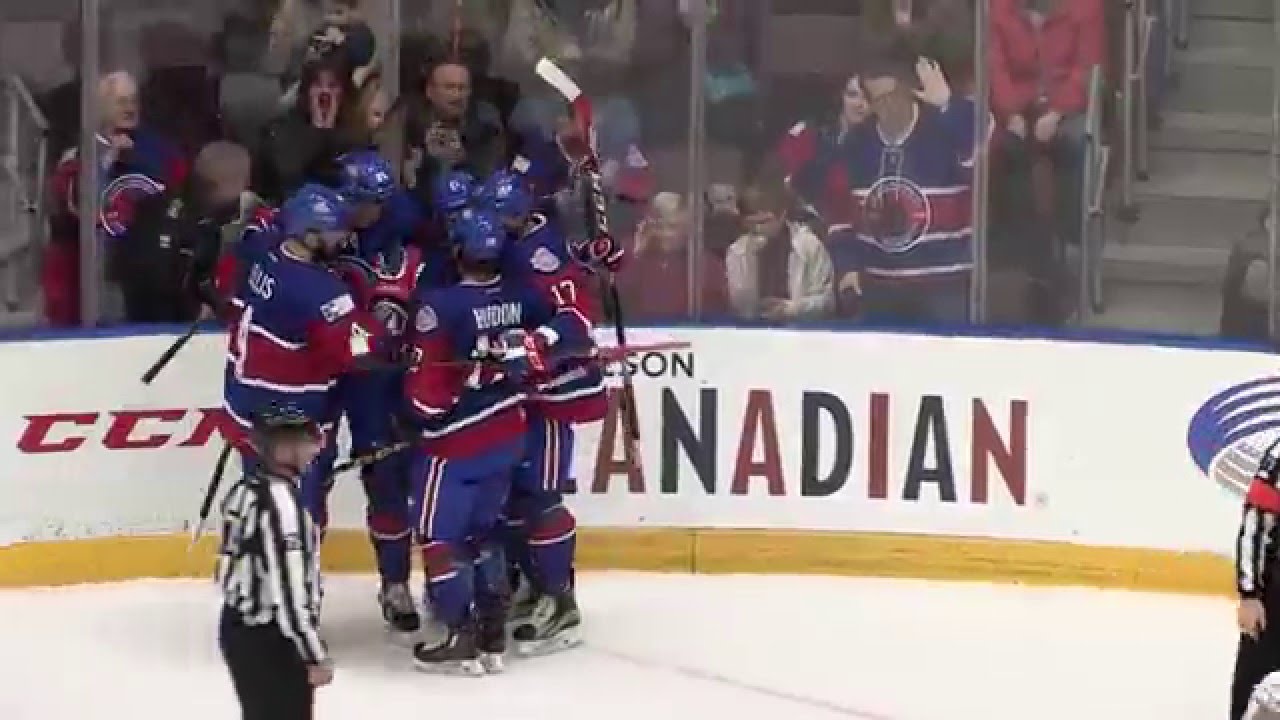 When Gallagher went down with 2 broken fingers back in November, Holloway was the perfect RW candidate to weather the storm until he was healthy again. Instead, Therrien tried other AHL talent (ex: Christian Thomas) and also promoted from within (ex: Smith-Pelly) to fill Gallagher’s role. This was all happening at the end of November / early December. The exact point in time that the Habs’ season took one of the ugliest turns in franchise history. Smith-Pelly playing on the Habs’ first line was, harshly, laughable. It did not work out. Nothing worked out, seeing as Montreal plummeted right out of first place from December onward.

To say that Bud Hollway would have been the saviour of the season for Montreal is a little much, but you won’t convince me that he couldn’t have played a bigger role in helping Montreal win more than 3 games in the month of December.