Here’s the headlines around the NHL for the weekend of Sept. 19-20:

Former NHL tough guy Todd Ewen has sadly passed away at the age of 49. [Mercury News]

Three-on-three brings excitement, among other things, to NHL rosters. [USA Today] NHL goalies are preparing for the “nightmare” that is three-on-three hockey. [Puck Daddy]

Oscar Klefbom and the Oilers have reached a seven-year deal, according to reports. [The Score] 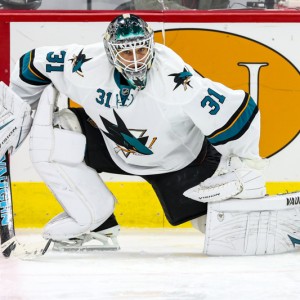 The Stars’ goalies are stealing the spotlight in camp. [Defending Big D]

Expect Josh Ho-Sang to rebound for the Islanders. [Today’s Slapshot]

The NHL has mandated all arenas use metal detectors; there was a glimpse of this over the weekend. [Sporting News]

Jacob Markstrom is on a mission to prove he belongs in the NHL. [The Record]

Alexander Khokhlachev has the same aspirations for the Bruins. [Stanley Cup of Chowder]

Keith Kinkaid, a former Union goalie, has endured a long road to the NHL. [Times Union]