Sometimes in the world of hockey journalism, you just never know what you’re going to write about on any given day. This definitely became true on Saturday night for myself and coverage of the Erie Otters.

Let me take you behind the scenes for just a second. The day started just like any other. I did my normal preparations leading up to the night’s game. I read game notes. I read up on the other team. I felt ready to go.

Then something unexpected happened.

I took my seat on press row at Erie Insurance Arena. It felt empty. It felt lonely. Maybe the other media was running late and would be there soon. As puck drop approached, one thing became abundantly clear.

No one was joining me on press row that night.

There was no other print media there. Usually the Erie-Times has their main beat writer Victor Fernandes there. If not him, someone usually is there to cover the game. Not on this night.

What about television media? Not at first. But later on in the game, one of the local sportscasters did come up to press row for some time to take some pictures of the game, then they left.

For the entire duration of the game, it was just me, a writer on an up and coming hockey website, providing coverage for a prominent junior hockey team. It was a very strange feeling and it brought up some emotions inside of me regarding the state of media as a whole in hockey. 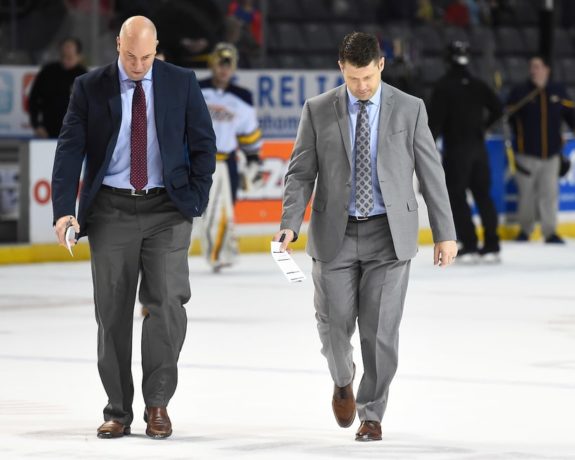 Coverage of the Erie Otters Saturday night was just our website on press row. (Photo by Aaron Bell/OHL Images)

As many of you know, I am the credentials manager for this site the Hockey Writers. I work with our writers helping them get credentials for the team they cover if able. The key word in that last sentence is if able. In some cases, teams are very under-covered and welcome non-traditional media with open arms.

Other teams are much more strict about it, whether it’s because there’s simply no room or they limit credentials to traditional media outlets. The overall landscape of this is quite the mixed bag. It really puts the state of media in hockey in perspective.

Seeing what’s going on in Erie now stresses the need for good media coverage in hockey all across the board. Who would have ever thought that a day would come where the only media covering a particular game was a non-traditional website? Well it’s happening not just here but in other places too. This is a trend that appears to be only increasing in certain markets.

If one thing is true about most hockey teams, it’s that they appreciate good, honest and fair coverage of their team. No matter which team it is, there are stories to be told, many of which never make it to the surface because there’s nobody there to cover them. That’s where non-traditional websites have an opportunity to shine.

Saturday night in Erie for postgame availability, there were no TV cameras. There was no newspaper presence. It was just me, my iPhone and a member of the Otters taping coach Chris Hartsburg and forward Chad Yetman. The Otters won an exciting game over the Guelph Storm in overtime.

There was lots going on throughout the game, including the Greek Life event in Section 210 that everyone in the arena was wondering what the loud crowd noise was. There was the game itself and the way it ended. Before Yetman scored the winner, one of the Storm players was tripped but it went uncalled. After the game, Isaac Ratcliffe was furious at the officials for the non-call. He had to be held back.

MacKenzie Entwistle postgame said “that is the definition of a trip.” The Storm were not happy but did manage to get the game to overtime after being down 2-0. It was a fun game to cover. And our website brought it to the fans. It proves the non-traditional can have a place in hockey.

With the internet and the web only getting bigger and print getting smaller, this will be a trend moving forward. Print and traditional media absolutely 100% have their place in hockey and need to continue to have their place. They are the voices who bring stories to life of teams and players all over the world.  But the time has come for non-traditional outlets to have their voices heard too.

Think of some outlets out there that do cover hockey in a non-traditional sense. Tony Androckitis started the site “Inside AHL Hockey.” He covers the AHL’s Lehigh Valley Phantoms both home and road on his subscription based site. With players like Carter Hart and others who have been through there, Flyers’ fans now have an option when it comes to keeping tabs on their prospects. There’s also a team of writers covering various AHL teams as well. Again another example of a non-traditional finding their place. 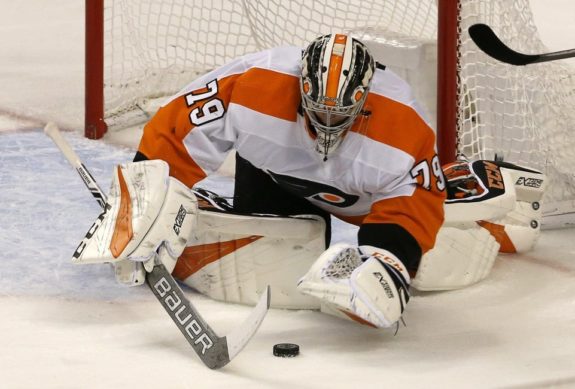 Fans have an outlet to turn to for full-time coverage of the Lehigh Valley Phantoms on the internet. (AP Photo/Joe Skipper)

The Athletic is mainstream but look how it started. Look at them now. They are a presence in every NHL market and a go-to for many fans. You would have never seen anything like this 20 years ago. Now it’s becoming more of a norm.

I also think of Dejan Kovacevic in Pittsburgh and DK on Pittsburgh Sports. He left the newspaper business for this venture and has enjoyed success. The Boston Sports Journal is another one. They each recognized the need and acted on it. They now have their place in the media as a go to.

The need for good media coverage is at an all-time high. Seeing the state of things in smaller markets in all leagues puts that into perspective for us. We need to encourage and not tear down those non-traditional outlets trying to bring coverage to the fans. It’s for the good of the game now and in the future.