Brandon Sutter has yet to strike a deal with the Penguins. Could other teams be ready to pounce? [Pens Labyrinth]

But he would like to stay with the Habs. [NHL]

A 104 year-old Flyers fan tried on a Stanley Cup ring. Because she wasn’t born when Philly had their last championship. [Puck Daddy]

The Winnipeg Jets aren’t good because they pay bad players too much money. [Arctic Ice Hockey] 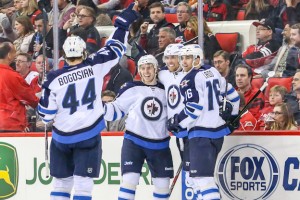 The Bruins need Loui Eriksson to step up. Because there isn’t really anyone else. [Big Bad Blog]

The plight of an RFA. [Lighthouse Hockey]

James Reimer doesn’t have a problem with Randy Carlyle. Also known as: I had nowhere else to go so I have to pretend I like it here. [Toronto Sun]

The skinny on John Tortorella. [Too Many Men on the Site]

Derick Brassard comes to terms with the Rangers. [CBC]

And finally, Cory Sarich is doing okay after a scary accident. [Denver Post]