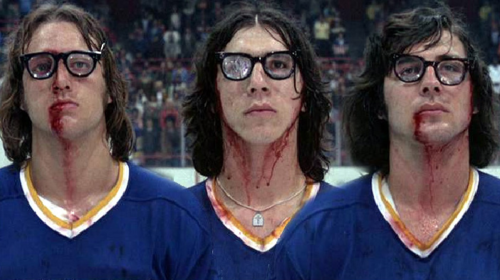 The language of hockey is rooted in both French and English Canadian and as well as Russian, with a little bit of Swedish mixed in occasionally. The American influences didn’t come until much later.
For a newcomer or for hockey fans in Americans cities where the majority of the population couldn’t identify a hockey puck in the Pepsi taste challenge, hockey terminology can be difficult. Here are some common hockey words & expressions you will come across.

Any frozen body or water, or any slightly frozen body of water. It all depends on your interpretation of “KEEP OFF THE ICE” signs.

Small Canadian city, west of Toronto where all the parks, highways, schools, libraries, hospitals, and arenas are named after Wayne Gretzky.

To engage in trash talk. Which will more than likely lead to fighting.

A hockey stick. A child will normally receive its first twig in their early childhood years, during a trip to the local Canadian Tire.

If the child is American, it will normally receive its first twig after it has disregarded every other major North American sport.

One of the hockey’s highest honors.  While, a Beaut might not be the best player on the pond, he embodies the spirit of hockey in its entirety. Think Paul Bissonette, Patty Kane, Tyler Seguin and the Hanson Brothers.

The best golf team in the NHL

We aren’t sure yet.

– Part two coming soon (unless the lockout ends and I have better stuff to write about).