Ten points ahead of the Anaheim Ducks, the Chicago Blackhawks have basically secured the top spot in the Western Conference. This means that the Blackhawks will play against whoever lands the second wildcard spot, leaving the first to whoever eventually wins the race to the top of the Pacific Division. Separated by only two points, the Ducks are fighting off both the Edmonton Oilers and the San Jose Sharks – who are tied for second – for the Pacific title. Yet, looming only three points behind them are the Calgary Flames.

Here’s how they would stack-up: 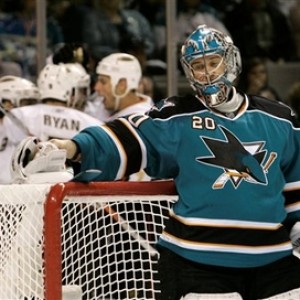 The Sharks and Ducks most likely won’t meet each other until later in the post-season if at all. Until recently, the Sharks were the top team in the Pacific, before the Ducks started heating up during the past month.

On paper, the Ducks and the Sharks read like the exact same team. The Ducks’ overall offense ranks 20th, while the Sharks are barely ahead at 18th. The Sharks’ overall defense sits at fourth, while the Ducks cling to the third-place ranking. However, the teams play a very different style of defense. While the Sharks concentrate on blocking shots, the Ducks try to outhit opponents. In this match-up, the Ducks would have to maintain their brand of physically punishing hockey as much as possible, and they would have to shoot better than they have been.

Even though the Sharks offense is slightly better, it is not by much. The Sharks average 2.68 goals per game, only .03 percent higher than Anaheim. The difference is the Sharks’ offense comes from the same four players: Brent Burns, Joe Pavelski, Patrick Marleau and Logan Couture. Everyone else on the team has scored less than 10 goals. Meanwhile, the Ducks are a deeper team, with nine players scoring more than 10 goals.

The Ducks would have to take advantage of the Sharks’ weak special teams. The Ducks’ penalty kill will easily shut down the Sharks’ power play, but the Ducks’ own power play units would need to improve as they only average 17.7 percent. The Sharks haven’t been spectacular on the penalty kill, averaging 80.5 percent.

The last time the Oilers made the playoffs was also the last time the Ducks faced them in the postseason. It was 2006, and the Oilers defeated the Ducks 4-1 in the Western Conference before going on to lose the final series against the Hurricanes. Since then, they’ve sustained the longest playoff drought in the NHL.

Under the captainship of Connor McDavid – who leads the league in points with 89 – the Oilers have become one of the best offensive teams this season, certainly better than the Ducks. Because of this, the Ducks could be in trouble if their defense can’t shut them down. Ryan Kesler, who has established himself as one of the best defensive centers in the NHL and definitely the best one on the team, will most likely be matched up against McDavid in an effort to make him less effective. Kesler’s plus/minus of nine is the best out of forwards on the team, besides linemate Jakob Silfverberg.

The most interesting defensive/offensive match-up between the two teams will be the Ducks’ fourth-ranked penalty kill unit against the Oilers’ fifth-ranked power play. Even though the Oilers don’t get many power play opportunities – they only rank 21st in this category – they don’t need many. The Oilers have tallied 50 power play goals, while the Ducks have only scored 41 and were given more opportunities with the man advantage.

If the season ended today, the Ducks would face the Flames in the playoffs. The last time they matched up in the postseason was two years ago, and Anaheim came out as the victor, defeating the Flames 4-1.

The Flames are a very average team across the board. Their defense ranks 14th in the league, while their offense sits at 16th. Defensively, the Ducks have the upper hand against the Flames, but Calgary barely holds the advantage offensively. All season, the Ducks have been relying on their third-ranked defense to make up for a weak offense that has resulted in an average of 2.63 goals per game.

To shut down the Flames’ offense, the Ducks would have to make sure they stick to their physical, aggressive playing style. They will certainly outhit the Flames to hopefully force turnovers. At the same time, though, the Ducks will have to be mindful of the puck, since the Flames have forced 620 takeaways this season, ranking third in the league.

Most likely, the Ducks will face the Flames, and they have the best chance of defeating them in the first round.

Hannah Bonnie is a recent graduate of the University of Oregon, where she studied journalism with minors in creative writing and English. After growing up in Anaheim, she is a life-long Ducks fan and is happy to provide insight on her favorite team.