There may not be anything superhuman about Montreal Canadiens forward Max Pacioretty, but that may only be because mutants in the Marvel Comics universe—like Wolverine of the X-Men—are of the same species.

Obviously, Pacioretty, Montreal’s leading scorer (13 goals, 14 assists in 34 games) is not a superhero. He’s a hockey player. But Wolverine is known to have incredible regenerative capabilities and, after getting hit practically from behind by Anaheim Ducks defenseman Clayton Stoner on Thursday, Pacioretty did get hospitalized.

His condition got downgraded again and again, going from serious injury to day-to-day to game-time decision. Before you knew it he was suiting up (much like a superhero would, fyi) against the Ottawa Senators two nights later, not having missed a single Habs game. He also notched two assists in the contest.

If it was just the one incident, maybe Montreal Canadiens fanboys could let it go, attribute it to nothing other than an initial misdiagnosis by everyone in attendance of Thursday’s game. However, it’s happened before. Multiple times.

At the start of the lockout-shortened 2013 season, Pacioretty got an appendectomy that initially sidelined him for 3-4 weeks. He ended up missing four games.

Prior to that there was the Zdeno Chara incident against the Boston Bruins back at the tail end of the 2010-11 season. 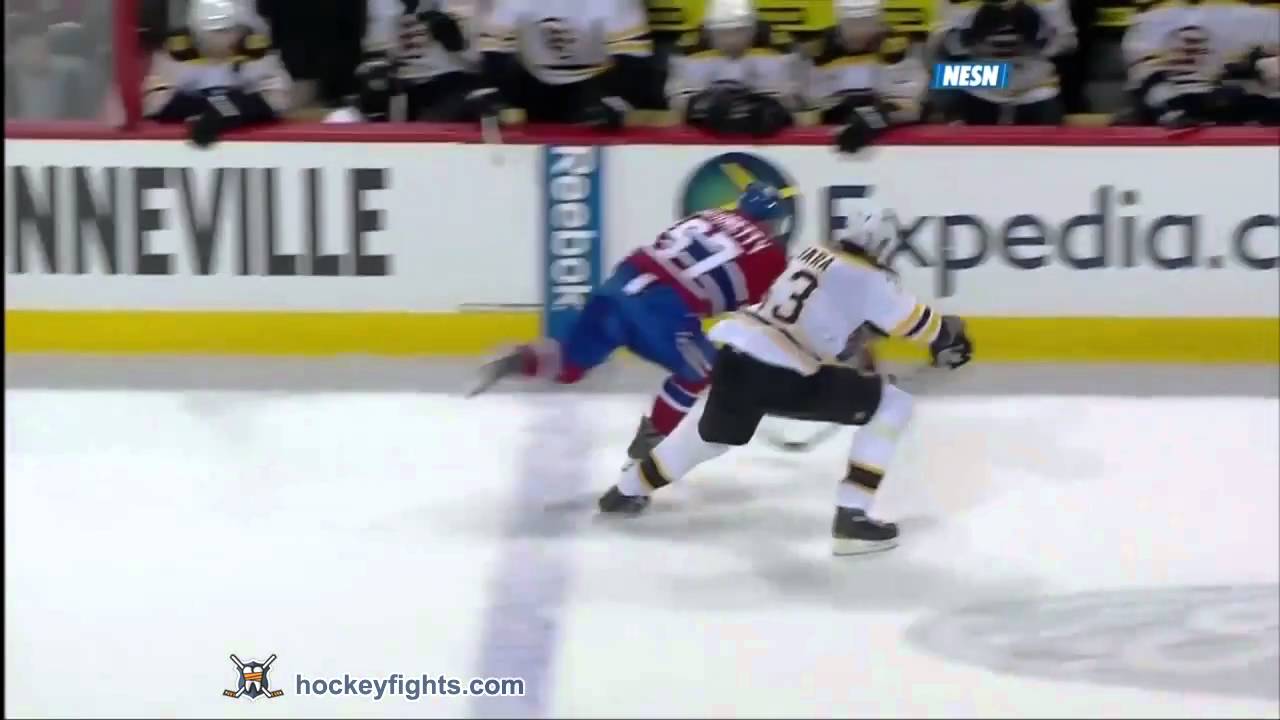 That resulted in a broken neck. He missed just 15 regular-season games and seven playoff contests, returning at the start of the next season.

Let me say that again: He had his neck broken and not only didn’t he retire (or, you know, die like every other crony in a bad Steven Seagal movie), he didn’t even miss significant playing time.

Now I’m not going to sit here and claim Pacioretty is actually Wolverine. That would be crazy. For starters, Wolverine lives at the X-Mansion in North Salem, New York. Pacioretty is from New Canaan, Connecticut.

See? Completely different places. You can confirm that simply by Googling the two… and finding out they’re just a very commutable 17 miles away from one another. Damn…

Okay. Different approach: Wolverine is famously Canadian. Pacioretty is an American… and plays for the… uh, Canadiens.

How about this? It’s not like Pacioretty was born a Canadien. Before joining the organization he played for the University of Michigan… uh, Wolverines.

Ah, here we go. Wolverine has retractable claws that he uses to slice and dice opponents. Sure, Pacioretty wears gloves and his hands remain hidden from public view, but if he actually did have claws someone would have noticed by now, right? Unless he’s trying to keep them secret, much like a superhero would a secret identity.

Think about it. Just not too hard. Wolverine is fictional. Pacioretty is clearly for real.

4 thoughts on “Is Montreal Canadiens Forward Max Pacioretty a Superhero?”