Here's a look at Spokane's first of the night. Anderson-Dolan From Kailer Yamamoto and Elynuik 4:54 of the 1st. pic.twitter.com/LqppWd6Fby

The thing you take away from a Jaret Anderson-Dolan viewing is speed. Everything he does looks to be at a pace that others on the ice struggle to adjust to. His hands are quick, his feet are fast and his processing of the game is excellent among his peers.

Some feel that “JAD”, as he is known, projects to be a two-way center in the NHL and one can see he has the toolbox to be a Logan Couture-type player. You cannot teach speed, work ethic and creativity, all of which JAD has in spades.

It is easy (and wrong) to assume that last year Anderson-Dolan was a passenger on the Chiefs’ top line with the highly-touted winger Kailer Yamamoto. Yamamoto and Anderson-Dolan are a smart match, allowing the two players to match each other’s breakneck speed and skill level. A more appropriate thought would be that the two elevated each other’s game, improving the efficacy of both players.

Anderson-Dolan has a good shot that is dangerous from all over the ice, but it can lack punch.  Defensively, JAD does not shy away from his responsibilities, and his role as a puck-hound, coupled with his speed, is a threat to kickstart any transition game. Positionally, he will require refinement and adding muscle will help him in the corners, but it should be added that he is already sturdy on his skates.

Anderson-Dolan captained Team Canada at the U18 World Junior Championship and struggled in Slovakia.  He came home with zero points, four penalty minutes and a minus-four after a handful of games. But a five-game tournament schedule is not enough to derail his 39 goals and 37 assists in the WHL this season.

As one of the youngest players in the draft with versatility, speed and a sound two-way game, expect Anderson-Dolan to be selected somewhere between picks 20 and 40.

“While several scouting services feel Anderson-Dolan has the necessary skill to be a first-round pick, they also feel that the most likely scenario is that he’ll be drafted somewhere in the middle of the second round. His game still needs some maturing, but he is on the right track to be a quality prospect for whoever picks him up, and to realize that NHL dream that is so dear to him.” – Hannah Stuart

“I worked a lot on my quickness in the summer. I think I’ve learned a lot about the game, so I know where to go. But my skating definitely helps me get to those holes. [Coach] wants me to play fast, and I know that’s what gets me my chances and what makes me the player I am. Every night I want to play fast and it’s easy playing with Kailer. He’s a fast guy. Our whole team wants to play fast, but if our line is setting the pace, then everyone else will follow.” – Jaret Anderson-Dolan

“A hard-working versatile forward who can play a gritty or finesse game…skates extremely well and loves to get low and drive off his low center of gravity to burn around players…very balanced on his feet, enabling him to change direction with quick pivots…leans on his stick and is very good at protecting the puck from being stripped…plays a lot bigger than the listed size and is an absolute menace with the puck on his stick…does not hesitate to shoot the puck and has a good release with velocity that is likely to continue developing…great vision and is confident putting pucks through tight space to make a skilled pass” – Future Considerations

Anderson-Dolan has decent size but the skill and speed he plays the game make him a potent middle-six forward. Could be a winger at the next level, but has the tools to have an impactful upside down the middle. 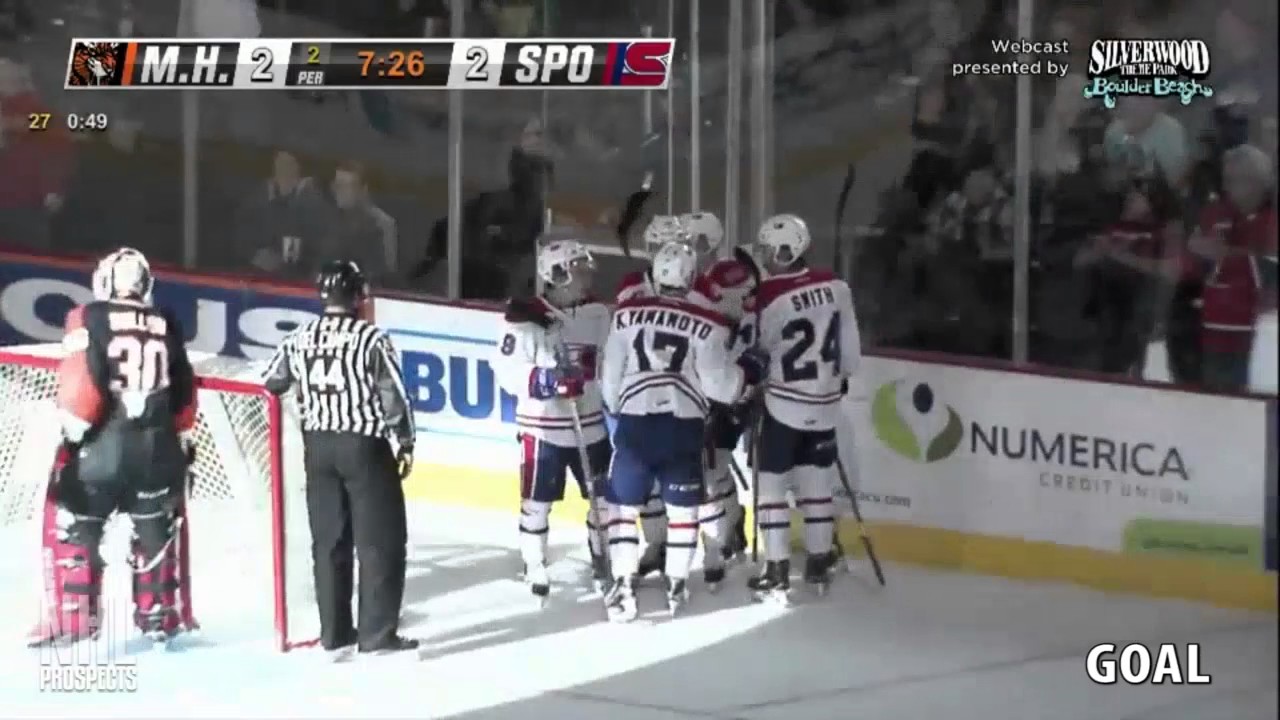