Tampa Bay knows how to score, there’s no doubt about it. Currently, the Lightning are second in the NHL in average goals scored per game scoring 3.62 a game, only behind the Pittsburgh Penguins. Their recent stretch of home games has proven even more impressive with 20 goals scored in five games. Of those twenty goals, Steven Stamkos, who leads the team in points, found the back of the net twice.

As the season progresses, we’re seeing a team with an incredible amount of depth. As lines are switched around in an attempt to find the right chemistry among different teammates, some definite gold has begun to emerge, particularly among the top two lines.

The first line, consisting for the most part of Valteri Filpulla, Steven Stamkos, and Ryan Callahan, provides an overall tone for the team’s style of play. Filpulla, with his incredible vision on the ice and puck-handling skills, opens golden opportunities for Stamkos when on the ice. Ryan Callahan, known for his incredibly gritty style of play, brings forth a sense of violent defiance that radiates throughout the ice. Plus, his hits are gnarly earthquakes that knock cameras off glass.

Even more impressively has been the emergence of the Lightning’s secondary line: Ondrej Palat, Tyler Johnson, and Nikita Kucherov. Palat and Johnson have obviously established themselves as top-tier forwards within the NHL. In fact, Johnson, who has 15 points in 13 games, currently leads the league in assists. Johnson’s ability to set up goals under the greatest of pressure was evident in the Lightning’s recent game against the Arizona Coyotes. 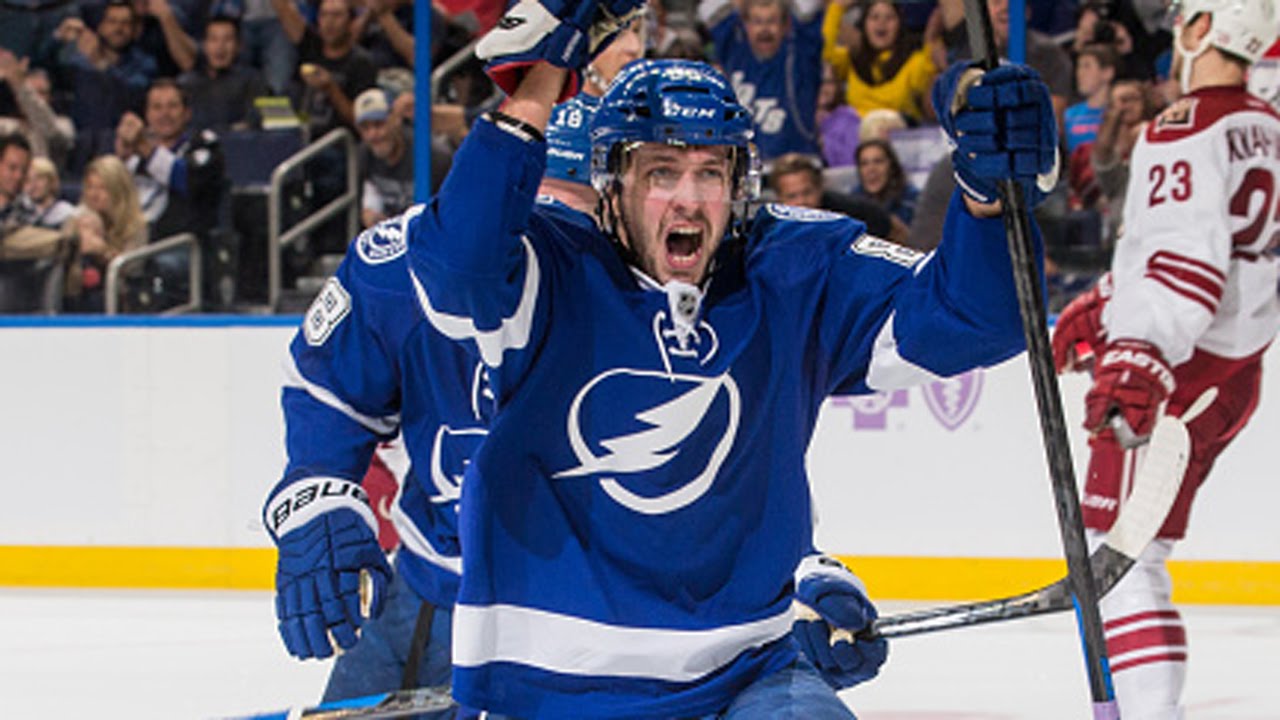 In this game, Johnson recorded four assists. Also, the Bolts ended the game with a total score of seven goals for the second time this season, three of which were sent flying into the back of the net by Nikita Kucherov. And, perhaps as the season progresses, as the Lightning begin to form greater chemistry on different lines, it’ll be Nikita Kucherov who’ll shine. Sure, Drouin was supposed to be the Lightning’s Star-Child but, currently, it’s this little Russian whose leaving defensemen in the dust and playing increasingly elite hockey.

Obviously, coming off a four game win streak, the pressure to continue this success, especially when it comes to living up to heightened expectations, will be an intimidating task. But, fortunately for the Tampa Bay Lightning, their arsenal is fully loaded. So, who knows how long this win-streak will ride out?

I, William Gilbert, am from Bradenton, Florida and currently attend Florida State University. My major is Creative Writing but I spend most my time watching hockey and obsessing over Ben Bishop.