The Toronto Maple Leafs have officially been eliminated by the Washington Capitals. It was a 3-2 overtime victory that was capped off by a goal from Marcus Johansson in the first ten minutes of the extra period.

It was a bittersweet moment for fans of the Leafs. One one hand, they team they love and cheer for is out of the postseason. On the other, it was a remarkable series that saw heroic performances and flashes of greatness from more than a few of the Leafs up and coming players.

Being eliminated is never an easy pill to swallow. However, the Leafs have demonstrated that without a doubt, they have an incredibly bright future ahead of them.

In a moment of poetic justice, Auston Matthews scored both the Leafs first goal of the season and the last. Drafting the American pivot was a huge step in the right direction for the franchise. No one knew exactly how good Matthews would be, but now that the year is wrapped up, it’s safe to say that he was far better than anyone expected.

The other rookies were stellar as well. Mitch Marner was always flying down the ice and setting up goals. He was using the same tactics he had in junior, expect these were working at the highest level of hockey. William Nylander got better and better as the year went on and is one of the most creative players on the team.

William Nylander got better and better as the year went on and is one of the most creative players on the team. He was lethal on the man advantage and was able to learn the intricacies of playing a complete game. 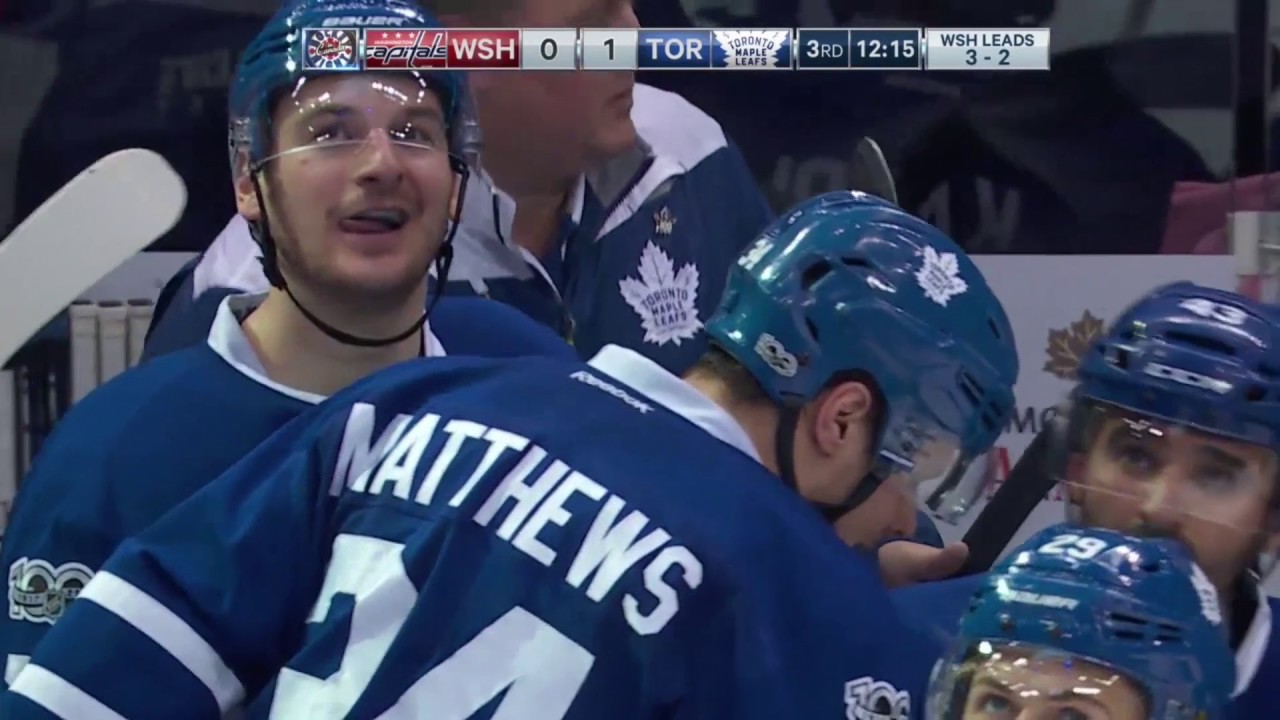 Zach Hyman and Connor Brown were each fantastic in their own way. Hyman brought energy with every shift and was instrumental in helping the Leafs have one of the top penalty-killing groups.  Brown was lost in the shuffle of rookies but scored 20 goals and was deployed in any and all situations.

Almost all the rookies set some sort of record this season. That speaks to how good they all were. Whether it was a points, goals, or assists, the Leafs record book will need some serious revisions.

The play of goaltender Frederik Andersen was also a highlight over the course of the year. He often backstopped the team to numerous victories with his acrobatic movements and timely saves under pressure. He was arguably the Leafs MVP of the season and the biggest reason that the Buds got into the postseason in the first place.

Looking back, this team gave fans hope. They are young, talented and extremely promising. The next few years in Toronto should be a treat to watch if the team continues to gel together.

Now that the Leafs season is officially in the books, it’s time to look ahead to the summer and what the Buds can do to improve their roster.

The Leafs also need some help on the blueline. There are a few players, like Matt Hunwick and Roman Polak, who may be moving on to different teams this summer. The Leafs will need more mobile options and defensemen that are able to limit shot attempts towards their own net.

There are some potentially intriguing moves to be made. Starting first with the forwards, Joe Thornton is one name that has been tossed around. The elite centre is a UFA and would bring some stability to a position the Leafs desperately need. A possible one or two year contract might not be the worst idea.

There have also been rumours that Ilya Kovalchuk wants to make a return to the NHL. He’s an intriguing name that has a history with Lou Lamoriello, the current Leafs general manager. There are more than a few complications with this one, so don’t hold your breath.

If the Leafs want to look internally to help fill their forward needs, Brendan Leipsic is a good option. He’s spent some significant time with the AHL’s Marlies and is the closest prospect to NHL ready. Kasperi Kapanen, who scored some massive goals this season, has also proved himself worthy of an opening night roster spot.

On the defensive side of the puck, there are some decent options. Cody Franson and Dmitry Kulikov, both of the Buffalo Sabres, could be good fits in Toronto. Franson is a former Maple Leaf who would slot into a depth pairing, while Kulikov is a smooth-skating defenseman who could use a change of scenery.

I wouldn't mind asking the price on Cody Franson as a potential bottom pairing offensive RHD and PP option.

There are also more expensive options including the Capitals pair of Karl Alzner and Kevin Shattenkirk. Alzner is purely a defensive presence while Shattenkirk focuses more on breaking out and on the offensive aspects of the game. Price will be a big factor in both of their signings, so expect the Leafs to take a long, hard look before making a potential offer.

One last note involves the NHL Entry Draft. The Leafs first round pick actually hinges on how well the Nashville Predators do in the playoffs. If the Preds make it to the Western Conference Final, the Leafs pick with be 17th. If Nashville is eliminated this round, the Leafs will select 18th overall.

It was a great year for Maple Leafs hockey. The team went from dead last to the playoffs. They played their hearts out in a six games series against the Capitals and while they ultimately came up short, the future is bright. The team was able to learn and grow together and this experience will prove invaluable in the very near future.

If there’s one thing all Leafs fans can agree on, it’s that the best is yet to come.