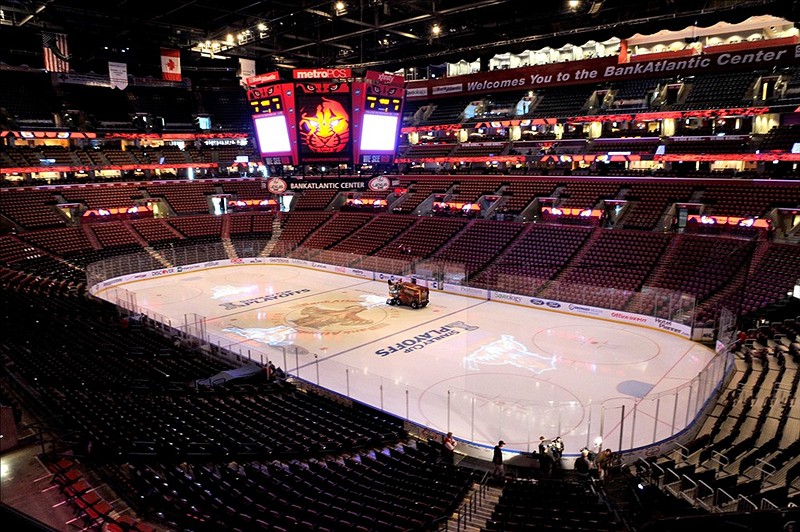 After making the playoffs last spring for the first time since 2000, the Florida Panthers have finally given their fans some long-overdue optimism about the team’s future.

Unfortunately, that optimism could be short-lived.

With labor negotiations between the NHLPA and the owners hitting a rough patch, a lockout appears on the horizon. With a hockey-less fall, winter and perhaps spring, the momentum the Panthers have built up over the last year is at risk of being crushed.

According to a Forbes.com article, a work stoppage could have far more dire consequences for the Panthers (who always struggle financially) than other NHL organizations.

After more than a decade of irrelevancy, South Florida’s hockey team surged back strong in the 2011-12 season. A flurry of off-season moves added 12 new players who helped the team take its first ever division title en route to its first playoff appearance in more than a decade. The sudden success rejuvenated what had been a moribund fan base, and the team averaged nearly 1,000 more fans per home game than the previous season. It has been a long time since the Panthers entered a season with a confident, well-rounded lineup and a fan base excitedly waiting for the puck to drop.

That’s why the Florida Panthers cannot afford to miss next season. The team must capitalize on its recent success, especially because it will now have to compete with LeBron James’ Miami Heat, which will play a full season this year. The Panthers are worth $162 million, ranking among the NHL’s least valuable franchises, and the team hasn’t generated a profit for more than a decade.

Any time an NHL strike or lockout happens, there are bound to be some that lose out. In-arena employees that count on games being played to make a living are left with empty pockets. Freelancers have less opportunities, if any at all. There’s a hit to all sorts of businesses, from restaurants to companies that move tickets like Stubhub.co.uk. Of course, no games means an inconvenience for enterprising fans that re-sell their tickets.

Even though attendance greatly improved for the Panthers last season, one playoff run is not enough to captivate a rather flaky population to support the team through thick and thin. If Florida is unable to showcase its talent to the masses, they might lose a lot of the new fans they built with last spring’s playoff run and we’ll see an increase of fans who’ll sell their tickets at Stubhub.

Even though attendance greatly improved for the Panthers last season, one playoff run is not enough to captivate a rather flaky population to support the team through thick and thin. If Florida is unable to showcase its talent to the masses, they might lose a lot of the new fans they built with last spring’s playoff run.

From Frank Rekas of The Rat Trick:

Hockey in Florida can work.  It’s fickle, but it can work.  The reason it’s fickle is because the bulk of the population is from another state, and the loyalty to Florida hasn’t been cemented for everyone.  It’s one thing for our team to be losing.   At least the fans who are on the fence come out to the arena to see the team that they rooted for in the city that they once lived in.  It’s that same fan however who hasn’t quite “adopted” the Panthers as their team, that’s the one that won’t come back if there’s a stoppage.  Those are the one’s that we need to stick with us.

In addition to all the off-ice issues, next year figures to be a more adverse one than last in Sunrise. The Panthers didn’t do a whole lot to improve this summer; one could easily argue that they got worse. On the other hand, their division got a whole lot better. Carolina, Tampa Bay and Washington have all taken strides this offseason to make their products strong, and Winnipeg could follow suit.

After such a long period of futility, it would be a real shame to see the Panthers fall apart again, especially after assembling such a competitive roster. Dale Tallon did a great job changing the culture in Florida — a feat made even more impressive by how quickly the former Chicago executive worked.

One thing’s for sure: if a lockout does take place, the Panthers will be under far more pressure to succeed than under normal circumstances. The combination of a shortened season, stiffer competition and lost revenue is a recipe for a steep downfall in Sunrise. And if that happens, they could be right back where they were just a few years ago — stuck in the depths of irrelevancy.