It’s been one of the worst-kept secrets in all of the NHL, but it’s close to becoming official: the Toronto Maple Leafs are hosting the Winter Classic.

To celebrate the team’s 100th anniversary, the Maple Leafs will play host to the 2017 winter spectacular at BMO Field in Toronto. The location is home to Major League Soccer’s Toronto FC. The game is rumored to be played on January 2, 2017 according to Howard Berger.

The news isn’t surprising to say the least. In addition to a new logo and new uniforms, everyone felt it was only fitting for the team to also host the annual outdoor event. The game will be the first Winter Classic played in Canada, but it will be the second to feature the Maple Leafs. On New Year’s Day 2014, the Leafs face the Detroit Red Wings at the Big House in Ann Arbour, winning the game in a shootout in front of 100,000 fans.

BMO Field has the potential to hold 40,000 fans, which would make it the third-smallest crowd to attend the annual event. However, that won’t make it any less spectacular for the team or its fans.

With the game all but set in stone regarding the Leafs hosting it, it’s time to consider who the opponent could be. If a guess were to be ventured at this moment, money would be on either Buffalo, Montreal or even Ottawa. That being said, a random team could be the pick like, say, the Edmonton Oilers. 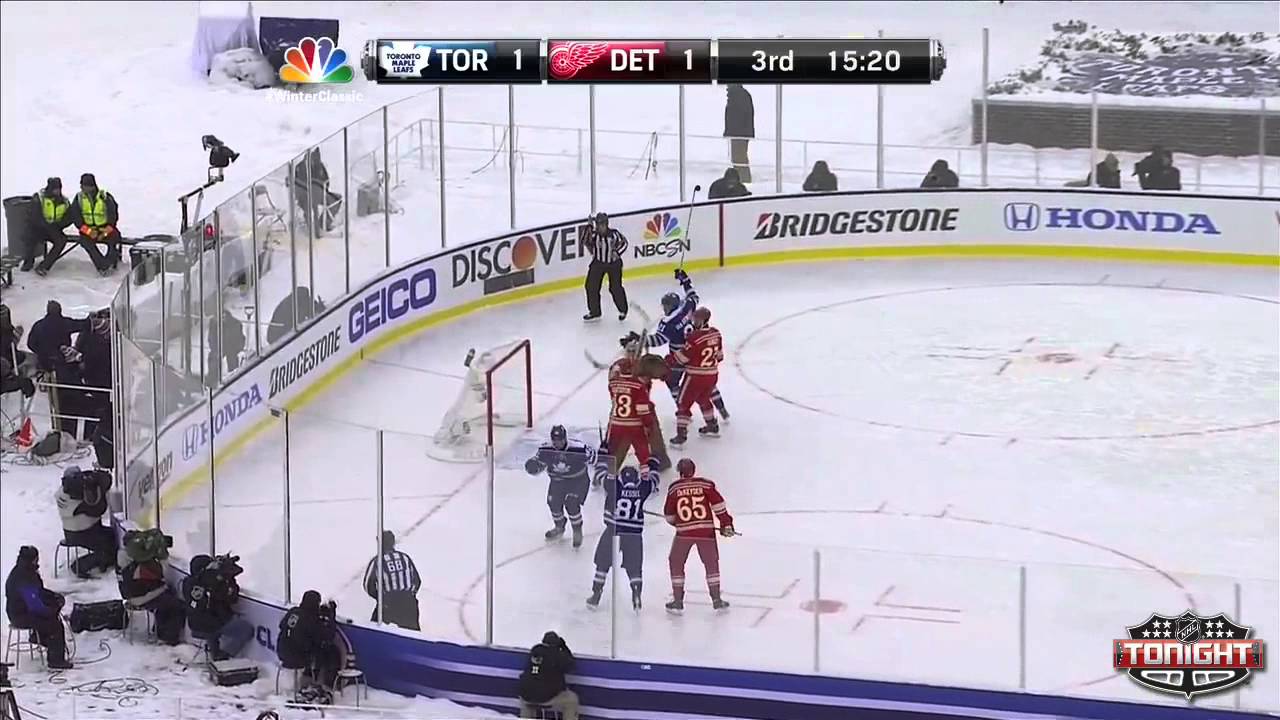 The argument against Montreal is the fact that it would put them in the event in back-to-back years, something the league may not want to do. Also, in the case of Montreal, Ottawa or even Edmonton, making it an all Canadian event could turn off fans in the United States. Whether you want to believe it or not, that is a big aspect to the teams chosen for the game.

The last logical choice is Buffalo. The team’s share a bitter rivalry, are separated by just a 90-minute drive — on a good day — and it would allow the NHL to showcase one of the best young American prospects in the league in Jack Eichel. The only drawback with that choice is the fact that there is plenty of speculation that the Sabres will host the 2018 Winter Classic due to already having a rink set up for the outdoor game at that 2018 World Junior Championship.

It’s going to be an interesting decision for sure, but one that hockey fans can’t wait for.