It isn’t every day that a player scores 500 NHL goals. In fact, Only 44 players had accomplished such a feat in the history of the league prior to Thursday night. In the San Jose Sharks‘ game against the Vancouver Canucks on Thursday, however, Patrick Marleau became the 45th player to score 500 goals. Even more impressive is the fact that Marleau is just the 18th player in history to score all 500 goals with one team.

For Marleau, the time between goals 499 and 500 lasted just two days. For some players, the pressure to hit such a huge career milestone could take a toll on performance. Getting the pressure off of his back immediately was definitely big for the 37-year-old Marleau.

“Yeah, that’ll do, getting it right away,” Marleau said. “It was good to get it out of the way.”

Scoring 500 goals in the National Hockey League isn’t easy. Hockey is a team sport, and though Marleau is deserving of the credit in this situation, he made sure to express the fact that despite the skill he’s displayed over the last 19 seasons, he simply couldn’t have reached such a milestone by himself.

“When you hit a mark like this, you just start thinking about everybody who’s kind of helped you along the way,” Marleau said. “Playing with one club and playing with a lot of guys for a lot of years on this team, it means a lot to share that with them and see how happy they are for you. Things are going good right now. We’re on a roll. It couldn’t come at a better time.” 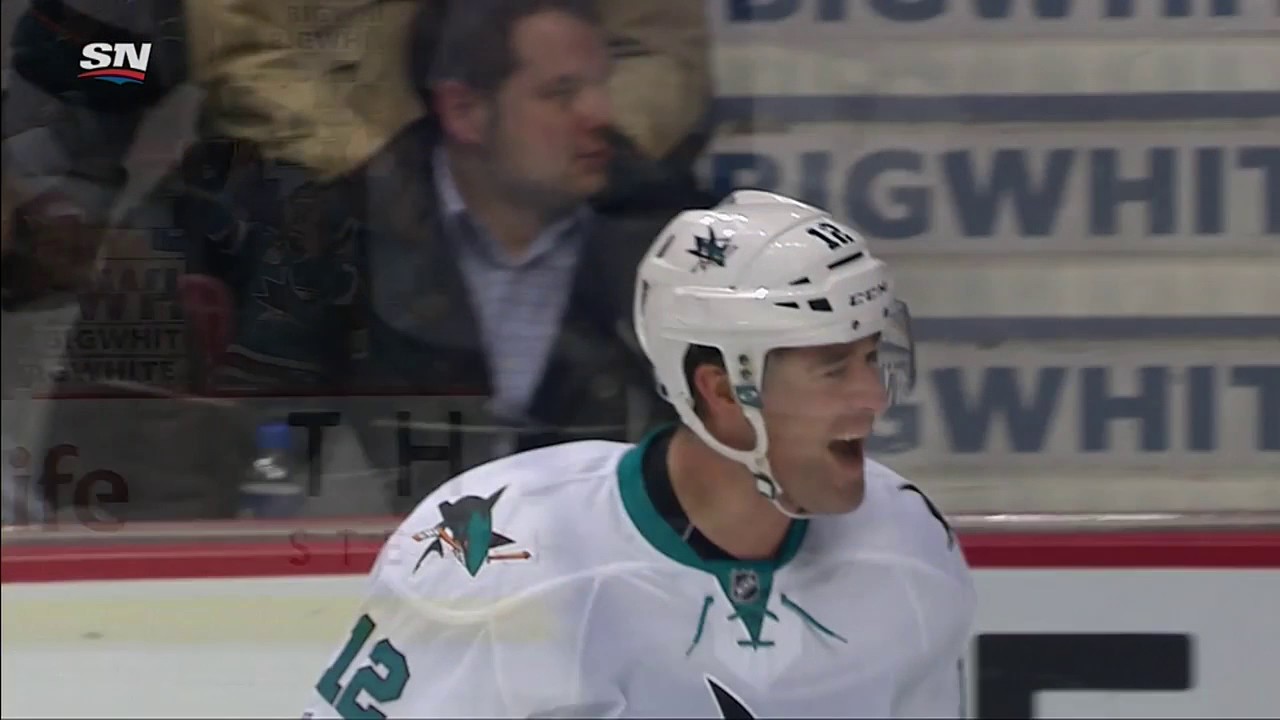 Patrick Marleau has played in 1,463 NHL games in his career, all with the San Jose Sharks. In his 19 seasons in San Jose, Marleau has scored 500 goals – including 19 this season, and 1,064 points as well as 65 goals and 116 points in 171 postseason games. The veteran forward has represented Canada on various occasions as well, and recording his 500th goal is simply another feather in the (impressive) hat of Marleau.

Both Aleksander Barkov and Jonathan Huberdeau have been cleared to return to the lineup of the Florida Panthers, the team announced Friday. Barkov has missed the last 15 games due to injury this season while Huberdeau is expected to make his season debut. Both are slated to return against the Anaheim Ducks on Friday.

“Sasha and Jonathan were cleared for contact earlier this week. As of today they have been cleared to return to our lineup and are ready to play,” said team president of hockey operations Dale Tallon. “They are two of our young cornerstone players and have been adamant about getting back to game action. It’s exciting to have our team returning to full health as we continue our push to the playoffs.”

Barkov has recorded nine goals and 27 points in 36 games with the Panthers this season. At just 21 years old, the former second-overall draft pick from 2013 is safely cemented within the Panthers’ plans for the foreseeable future. Having him back in the lineup will be a huge boost for a Panthers team looking to make a playoff push late in the season.

For Huberdeau, this will be his first game all season. The 23-year-old has missed 51 games this year following a 20-goal, 59-point campaign last season in 76 games with Florida. The former third-overall draft pick from 2011 represents another huge boost to the lineup, a fact that isn’t lost on team general manager and interim head coach Tom Rowe.

“I’ve seen how hard both Sasha and Jonathan have worked to recover from their injuries and I know they can’t wait to get back to competing alongside their teammates,” said Rowe.

The NHL has announced its ambassadors for their partnership with the You Can Play Project as a part of Hockey Is For Everyone month. Each team has a representative that will help lead the initiative that promotes diversity, equality and inclusion within their team locker rooms, as well as within the community

“We are extremely proud of the work these teams and players are doing to promote respect for the LGBTQ community,” said Wade Davis, director of professional sports outreach for You Can Play. “These You Can Play/Pride games and PSAs during Hockey is For Everyone month are a powerful reminder of how partnerships like the one between the NHL, NHLPA, and You Can Play can have a major positive impact on millions of players, staff members, and fans worldwide.”

A complete list of the team ambassadors can be found here.

– Andrew Shaw was benched in the third period by Montreal Canadiens‘ head coach Michel Therrien on Thursday. Following an unnecessary penalty that ultimately affected the outcome of the game against the Philadelphia Flyers on Thursday, Shaw was held out of the third period and didn’t speak to media following the game. Therrien, however, made sure it was known that he was making a statement.

“We can’t accept to take that type of penalty as a team. Pretty simply.” Therrien said, according to Dan Robertson.