On Sunday night, Connor McDavid fell and hit his mouth on the ice. He promptly checked for blood, and then was promptly removed from the game by a concussion spotter. The new system is supposed to save players from themselves because he doesn’t have a choice whether or not to exit the ice if someone believes he may be concussed. Considering the dangers we know about concussions and the instances of players continuing to play despite clearly having their “bell rung,” the idea is a solid one. As with any new feature, there will be bumps along the way, and kinks to iron out. But needless to say, the Oilers weren’t pleased.

When McDavid was pulled from the game, the Oilers had a five-on-three, and the game was tied at one goal apiece. Obviously, you want your best player on the ice in that circumstance. Anyone who values player safety would understand that the health of the player is the most important thing, no matter how frustrating. No doubt, the players know this too, but they want to win the game, and putting their own interest aside is part of it. But if Connor wasn’t pulled, and then deemed to have a concussion after the game, the Oilers would be furious, so erring on the side of caution is always the best idea.

McDavid likely knew in that moment he was fine, but the spotter only saw his head hit the ice rather hard, and something had to be done. It’s understandable he wasn’t happy with the decision, but we can’t take any chances when it comes to the brain. After the game, McDavid expressed his frustration.

I was pretty shocked, to be honest. I hit my mouth on the ice. You reach up and grab your mouth when you get hit in the mouth; it’s a pretty normal thing. Obviously the spotter thought he knew how I was feeling. He pulled me off. A [crappy] time of the game too. We had a bit of a partial five-on-three and then a power play late in the second period that if we had capitalized on that, it could have changed the game. [Sportsnet]

The concussion spotter system is far from perfect but it’s a step in the right direction. McDavid was upset about it. His team lost the game. Perhaps if they had won, he and his teammates wouldn’t have been so critical. Maybe the NHL isn’t doing all they can to crack down on concussions, but this is something. People will complain no matter what they do. They’ll bring up fighting. They’ll bring up checking in kid’s leagues. Bottom line, you’ll never please everyone. It’s impossible. But attempting to save players from debilitating injuries is a good thing, no matter how many warts the system has. 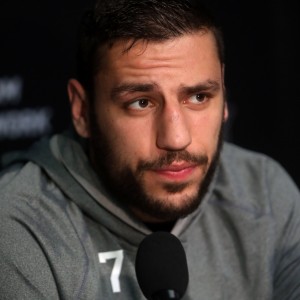 Milan Lucic also didn’t appreciate his captain being forced to leave the game, saying this in response: “It’s all for liability reasons, right? It’s there to protect the player. Our best player isn’t out there. Because he got hit in the mouth.” Lucic felt it was clear McDavid wasn’t concussed. But the spotter saw what they saw, and did their job. If McDavid ended up concussed and out for six months, the Oilers would find some way to blame the league for not protecting players – you can count on that. Patrick Maroon also had some thoughts on the situation, though his comments were not as diplomatic.

‘This is a man’s game,’ Maroon said after the game. ‘People are going to get hit, get high-sticked. They’re going to go through the middle and get hit. That’s part of hockey, and that’s why we have all this gear that protects us. Yes, if someone gets seriously hurt, we’re concerned. But he just fell, got tripped … I just don’t get it.’ He repeated once more: ‘It’s a man’s game.’

Those were the words of Patrick Maroon, words that predictably got him into trouble. He then took to Twitter to try and rectify the situation, though it only escalated things. The tweet was quickly deleted, but the magic of screen shots allowed us to see it forever. Here are some of the tidbits:

‘First of all I’m not sexist by any accounts. I respect women and the utmost respect to women’s hockey players. I was referring to the NHL when I said it was a “man’s game”. The media is taking this out of context. We’re the reason you have this great job. Don’t put words in my mouth.’  [CBC]

He also mentioned that he’s not educated, because he’s a hockey player, so perhaps we should chalk this up to him not being able to articulate himself? Listen, we know exactly what he meant. Hockey isn’t a sport for the faint of heart. It requires toughness. And to Maroon (and many others), that all equates to being a man. Because men are supposed to be tough, and not soft.

Maroon likely doesn’t hate women. He was simply using the language that has been around in hockey forever. Is it annoying? Sure it is. Because what would be the opposite of a “man’s game” be? You can answer that for yourself. And one wonders what Maroon’s response would be. Does hockey need a language change? Absolutely. Does shaming guys like Pat Maroon help that change? Probably not. It’s ingrained in these guys. The only way to change the culture is to educate all people, athletes and non-athletes alike, on equality.

There is a “man’s” culture in sports. It’s not unique to hockey. How can that be altered? Well, first of all, it’s time to stop equating being hurt with being weak. That’s where the root of the problem lies.

The Issue With Hockey Culture

We all know what the old school guys say. Suck it up. Gut it out. Fight through it. Rub some dirt on it (okay, that one is really old-school). But the theme is clear. Don’t admit weakness. Don’t appear soft. When a guy gets stitches and comes back out to play covered in blood, he’s deemed a hero. When a basketball player sits out because of a leg cramp, he’s ridiculed. Obviously, in sports, you have to play through injuries. Everyone is banged up to some extent; that’s part of being an athlete. 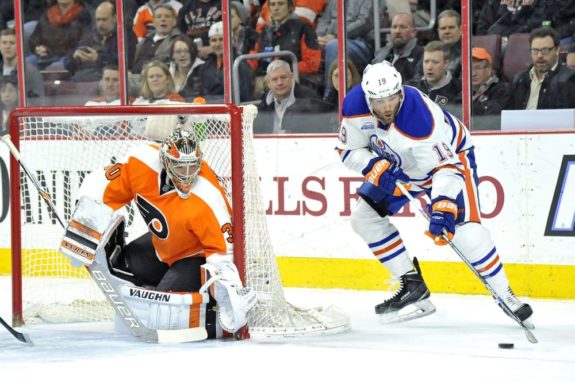 Maroon’s mindset is shared by many. And it doesn’t necessarily mean sexism. It’s about the mantra of playing hurt, and being lauded for your toughness. It’s about taking a hit and popping right back up. If you don’t play somewhat hurt, you won’t see much time on the ice, because players are rarely fully healthy all season long. But when will it be okay to admit there’s something wrong, and you can’t play, and not fear being ostracised?

Maroon was upset about losing. He wasn’t thinking before he spoke. But his belief system is a long-standing one. If you can’t take it, you aren’t a man. There was no need to pull McDavid because hitting your head is just part of hockey. It’s part of being tough. If you can’t hack it, you should try another sport. How many times have we heard rhetoric like that? All the time.

It feels like there’s no easy fix because we just allow this culture to remain by celebrating guys blocking shots despite already being hurt. We laugh at soccer players for crying at a little bit of pain. We’ll never forget when Rick Tocchet played while having a broken jaw. We mock the so-called “injury prone.” The Oilers didn’t help, but no one else is doing much to solve the problem either. Pat Maroon might need some lessons on public speaking. But he is just one among many with an outdated mindset. And not even a concussion spotter can save him.