The fate of the Montreal Canadiens is in their hands. Two thirds of the way through the season, that’s all you can really ask for, seeing as few predicted the Habs would be in playoff contention past the holiday break.

Yet, here we are. With 26 games left to play, they are 31-18-7 (69 points) and in the first Eastern Conference wild-card position, clear of Spot No. 9 by five points, which is undeniably huge. It translates to an 88.1% chance of making the playoffs as of Feb. 13 according to sportsclubstats.com. 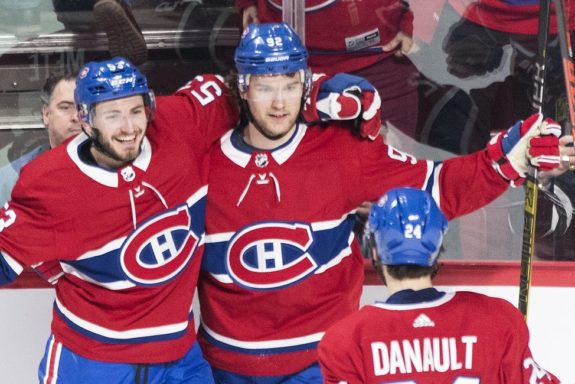 At this rate, it would practically take an act of God to keep the Canadiens from making them… that or any one of the following three possibilities:

There are really only two teams with a semi-realistic shot at pushing the Canadiens out of the playoffs: the Carolina Hurricanes (64) and Buffalo Sabres (63). Between the three teams, the Habs have the most road games left (16).

Granted, their road record is a decent 14-8-3. However, they have five sets of back-to-backs left. Half (13) are against teams currently in the playoffs. Eight are against Atlantic Division rivals. 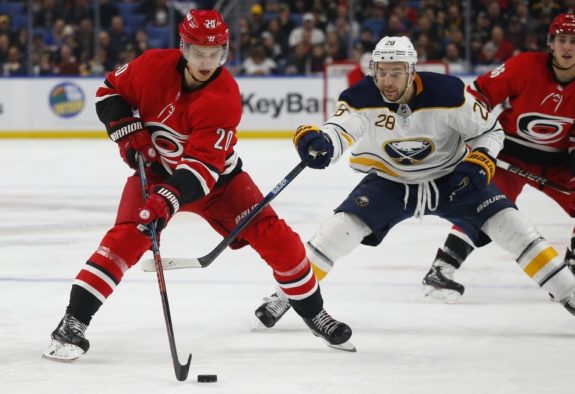 The Habs’ schedule may not be the worst of the three. It is far from advantageous though, especially considering one of their back-to-backs sees them play both the Sabres and Hurricanes. The games fall at the end of March, so they could end up being relatively meaningless if the Canadiens continue playing at a high level, 8-1-2 in their last 11.

However, there is always a fear, however irrational it may be, that the Habs have peaked too early. If they end up struggling by that point in the schedule and drop either of those games (if not both), they can let the Hurricanes and/ or Sabres back in the race down the stretch.

Not that it really matters in a one-off with so much potentially on the line. For the record, the Habs are 1-1 against the Hurricanes so far this season and 1-0-2 against the Sabres. Anything can happen, but that’s the point… for better or worse, whether that’s with regard to these two games or in general.

If you had to pick one weakness plaguing the Habs that needs to be fixed… it would probably be the left side on defense. But, if you had to pick two, the second would be the power play, which is literally one of the worst in the league at 13.5%.

They can probably find some solace or even inspiration in how the Predators have the worst (13.1%), but are doing better than them in the standings. Whichever way you choose to look at it though, the Canadiens’ power play is costing them wins.

If they had even a league-average power play of, let’s say, 20%, that would translate to 12 more goals up to now. As they are 15-6-7 in one-goal games, it effectively averages out to a goal per loss. So, seven overtime losses that magically became wins thanks to a power-play goal earlier in each of those games, and six regulation losses, in which a marker could have sent them to overtime with a chance to win it outright.

Obviously, it doesn’t necessarily work that way, and it’s impossible to say how things would have turned out under slightly different circumstances (like the Habs with an actually half-decent power play). That’s that nature of the game though, as Habs fans wonder aloud what it would take for the team to improve down the stretch to not just make the playoffs but go on a run.

As another example, if you had to pick a third thing plaguing the Canadiens, it would be the penalty kill, which is at just 79.3%. There’s a lot more wrong with this team than meets the eye, in other words. Care for a fourth?

1. Bergevin Has a Change of Heart

Canadiens general manager Marc Bergevin’s moves have admittedly panned out, faster than expected. On paper, Bergevin’s offseason wasn’t supposed to have set the Canadiens up to compete for a playoff spot one season after they finished fourth from last… in spite of how Bergevin was saying just that at the time. Kudos to him.

Nevertheless, this team is far from a legitimate championship contender. Even Bergevin himself likely sees it, as he’s gone on record saying he won’t be in the rental business come the Feb. 25 trade deadline. That doesn’t preclude him from making any deals at all obviously, and he’s arguably improved his lineup over the past week with several, the most notable being for defenseman Christian Folin and forward Dale Weise.

The general consensus is Bergevin doesn’t seem likely to trade away futures (prospects or picks) for roster players with expiring contracts, but is open to improving his lineup in other ways if he can. It’s arguably the smart play, but he can always change his mind.

For example, he can go after that top-pairing defenseman he needs like oxygen, which would cost a pretty penny. He can also go the other way and decide it’s better for the long-term health of the franchise to tank down the stretch and try to secure a second-consecutive high draft pick by trading away assets for futures instead.

To be fair, it’s unlikely to happen. With each passing game, Bergevin’s Canadiens admittedly become more and more likely to clinch a berth and purposely making your team worse in such a situation is unheard of. Still, with two non-playoff finishes in the last three years, as thirsty as fans may be for hockey in the spring, this is relatively unfamiliar territory for them.

Playoff hockey may be realistic at this juncture, but it’s far from a sure thing. Habs fans can be forgiven for waiting for the other shoe to drop from up high, act of God or not.