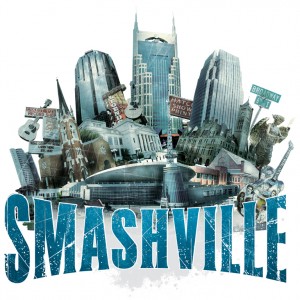 So the pundits and bloggers and talking heads (oh my!) already have, for the most part, projected their own views as to what will happen tomorrow night when the puck drops and the regular season starts in Nashville.

Okay, I do have one prediction.  But first:

Forget what you think you know about Nashville.

What you will see tomorrow night is what happens when everyone gets determined to rebuild a team from the bones on out. Retooled, rethought and almost completely reconstructed, the Predators have come through one of their toughest camps yet and they’re ready for tomorrow night.

This season could very well  belong to Shea Weber, Pekka Rinne and the coaching staff.  Last things first: The midsummer change in leadership and the sea change in the hockey community fostered support -beyond just talk- for turning the coaching staff loose on an organization that was getting stagnant.  They’ve been more hands on, more experimental, and more willing to change the way things are done than in past years. They’re owning the ice and the players on it.  It’s about damned time.

They’ve been on fire for the past month and the passion seems to have caught on with the team.  There has been nothing that is remotely tentative about the actions taken by the club’s leadership this time around and you will see that in the lineup that hits the ice tomorrow night.   Special teams are getting finely tuned and lines that showed promise last season are manifesting that potential now.  This summer, coaching staff held more than a few feet to the fire of men who were already motivated to prove that the past is prologue.

They have been coaching like they have everything to lose and demanding no less urgency from the men they chose to remain here.

This season will belong to Pekka Rinne.  Many days, Rinne was there before anyone else, working with Mitch Korn to be as close to perfect as he could get.  His position was hardly a question mark and the skill he showed over the course of each day set the bar high for the four men who competed for the second goaltender position.  The gap between his skill level and their was so pronounced that at one point Trotz stated that he would look beyond the attendees if he didn’t find the right person during training camp.  As the list whittled down, Anders Lindback, who had been compared to Rinne in the past, electrified the crowd with a quick series of saves and proved he had the potential to play backup for Nashville.  Lindback shows a lot of promise, but

Rinne will be the one who stands as the final piece of the gauntlet the Predators have in place for the opposition.

Defending Rinne will be the returning duo of Shea Weber and Ryan Suter.  I could go on for pages about the chemistry these two have, a melange of respect and matched skills and passion that makes them one of the best defensive lines in the NHL.  As Captain and alternate, they have shown leadership both on and off the ice.  Weber claims the C won’t change him and he won’t change for it.  The fact its the only thing that really has changed is that his role as a the leader is now official. In camp and preseason, he has demonstrated by his play and a couple of times by his advocacy for his teammates on the ice that the Predators leadership made the right choice.

Big (both physically and in terms of play), possessed of a powerful shot, and supported by a player who is easily his equal, everything points to Weber being a force to be reckoned with this coming season.

I know said I wouldn’t make predictions, but I would be surprised if there wasn’t, at the very least, a nomination for the Norris in the near future.

When asked about the veteran players, Coach Trotz has mentioned David Legwand a number of times. Always a powerhouse during playoff games and when the team is in a clutch, his skating speed and offensive skills have improved over the summer.  This is a make or break year for Legwand.   He’s always been dependable where there was a need for grit and speed.

This year looks good for Legwand.  He’s matured, his skills are hitting a peak, and the composition of the team creates a window of opportunity for him to really stand out this year.

Back in September, I asked my colleagues if they thought Joel Ward’s skating had improved and got a couple of  “Naahs!” for my trouble.  Would it be bad form to say I told you so?  Oh, I don’t care.  I TOLD YOU SO!  It was reported that he devoted a chunk of his summer to conditioning  and during camp and the preseason he was Trotz’ apt pupil, focusing on improving, playing and working hard.  The last preseason game?  Two of the three netters that got past the other team’s sta-puft warrior were his.  Think this was a fluke?  Just watch.

Ward has more than found his footing.   What you are seeing is a return to the form that made him a collegiate contender and caught the attention of the NHL in the first place.

Some people looked upon the signing of Sergei Kostitsyn as a head scratcher eariler this year.  They knew he was good and in the new environment, he has shown everyone glimpses of the player that scouts from the New World were dying to sign.  While his sometimes lackluster play during camp had some people betting on him being cut, he showed everyone what he was capable of during the preseason. Look for Kosty to show more than a few signs of life as he gets even more settled in and makes Nashville his home away from Belarus.

Also  notable:  The addition of former ‘Nuck , Shane O’Brian to the roster promises more size and aggression where it’s needed.  Like Joel Ward, Colin Wilson has devoted a lot of his break to conditioning and training.  Look for a bigger, stronger, more skilled Number 33 on the ice this season.

Is that all?  Not by a long shot. Come out to The ‘Stone to see what else has changed while you were busy avoiding the triple digit temps with  your Wiis and speculating about the MLB.  Get ready to see the team in a completely new way.  This time Sunday?  You’ll be at church or on the ninth hole still wondering who those guys were and what they did with your hockey team because the old rubric will no longer apply.

This is Jas Faulkner, back from Rabbit Hole (yes it was a concussion and no, it wasn’t via a slap shot from Weber) and daring you to just try to be any place but 500 Broadway in Nashville, Tennessee  tomorrow night.