During the month of September, we will profile New Faces in New Places from around the NHL. We start with Blue Jackets’ center Riley Nash. He could be one of the more underrated signings this offseason.

There was some talk that an “R Nash” could come to Columbus this offseason. It happened but not in the way you thought it would. The Blue Jackets helped their center depth by inking Riley Nash coming off a career high in goals, assists and points.

With Alexander Wennberg not meeting expectations early and Brandon Dubinsky going through a season of injury and inconsistent play, it took 19-year old center Pierre-Luc Dubois playing well to stabilize the middle. The addition of Nash helps anywhere on the top-9.

The Blue Jackets likely enter the season with their top-four centers as Dubois, Wennberg, Nash and Dubinsky. If Dubinsky can find his game (he’s reportedly had a productive offseason), then you have a team that has good center depth on all lines. If someone goes down to injury, Nash can step in and play. When Patrice Bergeron was out in Boston, who played as their number-one center? It was Nash.

If I had to venture a guess as to where Nash starts the season, I have him penciled in as the opening day starter on the third line. If you add a Nick Foligno and an Oliver Bjorkstrand to the wings, you might be looking at one of the most formidable third lines in hockey.

At under $3 million per season, this is a smart bet to take given his most recent production. He’ll play a big role on the penalty kill. 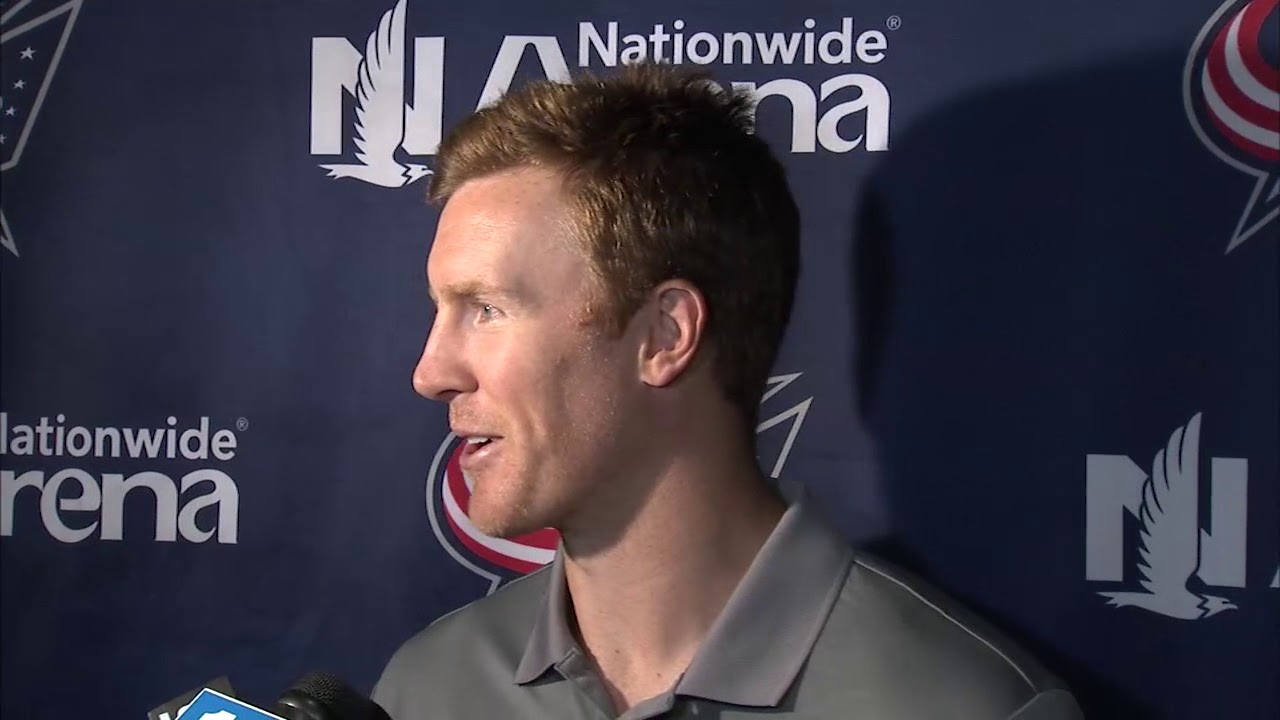 What Others Have Said

“The Blue Jackets will still have one of the NHL’s youngest teams, top to bottom, but Nash adds veteran experience that will be welcomed on the ice and in the locker room. Entering his seventh full NHL season, Nash’s his first game in a Blue Jackets’ uniform will also be his 400th game in the league.” –bluejackets.com

“Riley Nash is a very humble person. The team comes first with him. He can play in top-6 or bottom-6 role and will give 100% every time he steps on the ice. Great guy in the room and will be missed in Boston.” -Shawn Hutcheon

“Nash, 29, broke out as a member of the Boston Bruins this past season, putting up 41 points in 76 games but more importantly, playing a sturdy two-way game. Nash was particularly effective in the first round of the playoffs when the B’s ran into injury problems with star center Patrice Bergeron.” –Ryan Kennedy/The Hockey News

Unless there is injury, I see bottom-six minutes and a lot of penalty kill minutes. That said, he can still chip in offense.