The New Jersey Devils’ season may not be over but it is beginning to look bleak. During the final stretch of the year, a team’s outlook can change quickly. New Jersey desperately needed to have a strong February, especially since the Devils were to face several Eastern Conference and Metropolitan Division teams all vying for the postseason.

While a playoff spot is not completely out of the realm of possibilities and still reachable, the team does not necessarily control its own fate. Almost every team currently sitting in a playoff position has games in hand on New Jersey. All the Devils can do is win out and hope for the best. But the news that forward Michael Cammalleri may miss the rest of the season is far from ideal. 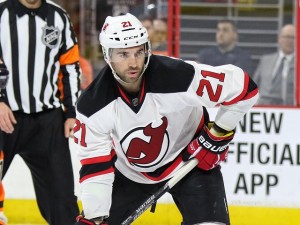 February followed the same trend as January. While the team had some scoring bursts, New Jersey overall struggled to produce on the scoreboard. Fortunately for the Devils one of their bursts came against their cross river rivals the New York Rangers in a 5-2 victory. Nonetheless, it did not stay that way as the team’s scoring issues were on display in the final two games of the month, in which the Devils were outscored 10-1.

A win is a win, whether it is by one goal or more and the Devils won four games in February by one goal. However, the team also dropped five games decided by a one goal difference. While the Devils continued not to get a ton of shots on the oppositional goaltender, they still got their fair share of opportunities. Nevertheless, the team was not capitalizing. New Jersey’s previous opportunistic scoring helped it battle back in several games this season, but the team could not replicate it in February. 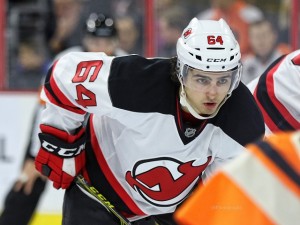 February started well as the power play made its resurgence and was producing energy, sustained pressure and most importantly goals. The penalty kill was also proving to be reliable and consistent. While it did bend, it never completely broke down. Both units played a critical role during the team’s small winning streak.

But as the Devils’ overall play sputtered so did the power play. It lost its consistency and became unpredictable. It has been stressed all season that one of New Jersey’s keys to success this year was to have a reliable power play, especially if the team was struggling to score at even strength. The February 16th game against the Philadelphia Flyers highlighted the significance of having a strong power play. New Jersey had seven power play opportunities, many of which occurred early in the game but only capitalized on one and lost 6-3.

February was a mixture of good and bad for the Devils. In the beginning of the month, the Devils were able to steal points from games they lost including a game against the powerhouse Washington Capitals. It also cannot be forgotten that the team did string together a small winning streak, which included an impressive 1-0 victory over the Los Angeles Kings.

Moreover, the Devils beat the Rangers in two of the teams’ three meetings in February to claim the season series. Many would rank New Jersey’s 5-2 victory against New York as one of the team’s best efforts as well as a milestone for forward Sergey Kalinin who got his first Gordie Howe hat trick. It was obvious that New Jersey wanted the victory and the team was determined to claim it. The match up was viewed as a must win game, and when the Devils shut down the Rangers, many hoped it would launch the team in the right direction. But unfortunately for fans that was not the case.

The team closed out February with two disastrous and uninspired games against the Columbus Blue Jackets and the Tampa Bay Lightning. Every victory thus far had been hard fought and earned. However, the Devils appeared to lack energy and the team’s overall play broke down. New Jersey’s offense was out of sync, the defense began to collapse and even the puck’s bounces were not falling in the team’s favor.

New Jersey fans again saw what the team is capable of but it did not last and the end of month closed on a sour note. While every team goes through struggles and New Jersey has encountered rough patches this year, the timing of these problems did not help the situation. The standings are not favorable for the team but even so New Jersey has battled this year and while the Devils’ playoff hopes have dimmed, this season has certainly been interesting.
* Featured image privided by Amy Irvin / The Hockey Writers