At the beginning of the 2013-2014 season the Colorado Avalanche began what was called a new era of Avalanche hockey.  With young players like Matt Duchene, Ryan O’Reilly and first overall pick Nathan MacKinnon combined with a new coaching staff and upper managment this season did seem like a new era in Denver.

This past season the Avalanche were awarded a Coors Light Stadium Series game against the Detroit Red Wings at Coors Field home of the Colorado Rockies.  All of the outdoor games since 2008 have seen teams introduce new jerseys that goes along with the vintage idea of playing hockey back on the pond outdoors. 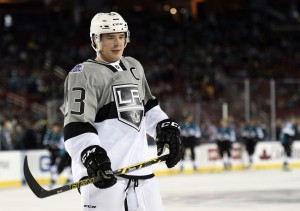 During the 2009-2010 season the Avalanche introduced a new third jersey that became known to Avalanche faithfull as the blue berry jerseys and one look at them explains it all. 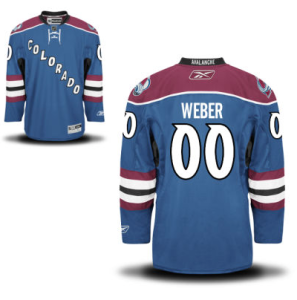 Since these jerseys were only worn for a certain number of games during the season, the Avalanche’s record while wearing these jersey was always tracked and they always seemed to play well when they were wearing them.  This season however, it was announced this would be the final season of these third jerseys.  This leaves the Avalanche with eaither no third jersey moving forward, using the expected stadium series jersey as the new third, or the possibility of introducing new ones.

The last interesting piece of  information that suggests new jerseys in Colorado next season is that nearly all Avalanche jerseys through shop.nhl.com have been on sale for nearly a week now.  A sale that it appears, concludes today, May 12th.  Player jerseys and custom jerseys with all three jersey designs suggest the Avalanche organization may be trying to clear stock in order to make space for new jerseys for the upcoming season.

While nothing has been announced or confirmed as far as new jerseys for the Avalanche certain signs do point to it being a possibility.  The idea of a new era of hockey in Denver has been in full swing for two seasons now and new jerseys would certainly add to that idea.  The Avalanche have used the same A design with the “swoosh” across the front since arriving in Denver in 1996 and have had two third jerseys that spell Colorado from the right shoulder to the left hip, the first was maroon and the second is the above mentioned blue berries.  Only time will tell what, if anything changes in Denver but there is some evidence to suggest changes are coming.