Let’s just lead off with the hit in question. 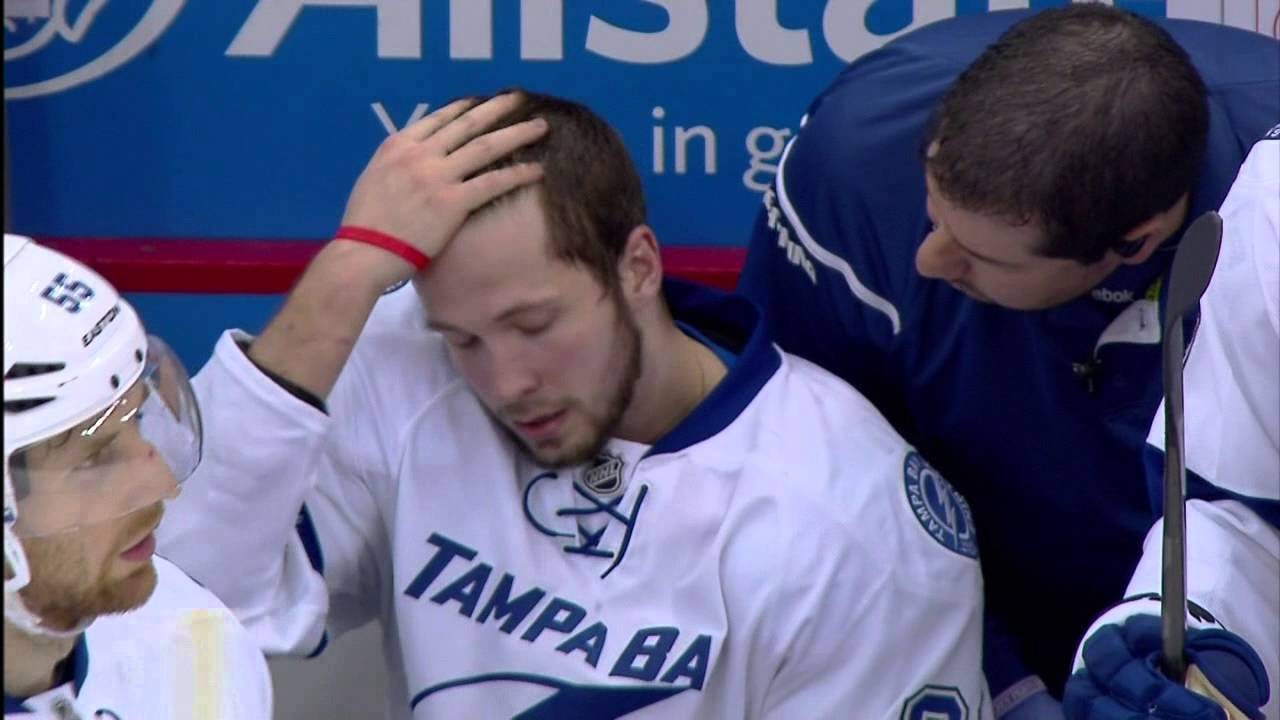 And the NHL’s explination of the one game suspension handed down to Kronwall.

They got it right, for once.

There are two aspects you need to look at when judging Kronwall’s hit. One being head contact, the other being the fact that Kronwall launched himself off the ice.

This is the NHL’s biggest gripe when it comes to suspending guys, it almost seems like they will suspend anything that involves the head.

That being said, they specifically mention in the video, that the position in which Kucherov was skating left him vulnerable to some unavoidable head contact. Which is true, he was in a position prone to head contact.

The problem lies within Kronwall’s decision to elevate himself while hitting Kucherov, and there was really no need for it. If he doesn’t launch himself into Kucherov, there’s little chance he gets a suspension, even if he makes contact with the head. Kronwall had his arm tucked, no elbow extended, but clearly left his feet. That is a problem.

Another crucial point? Kronwall was airborne when he makes contact with Kucherov. There are no two ways about it, you cannot leave your feet to deliver a hit. Sometimes a player’s momentum will lead him to sort of ‘jump’ after delivering a hit, but that wasn’t the case here. As the video said, Kronwall was airborne as the hit was being delivered. That’s always going to be charging.

The suspension video also does a great job of mentioning what typically happens when a played gets “Kronwall’d”. They specifically use this hit on Jakub Voracek from a few seasons ago.

Kronwall makes contact with Voracek’s head, but also gets a lot of his midsection as well. The other critical part of this hit, is that Kronwall’s feet are glued to the ice throughout the whole thing. It was textbook.

As mentioned above, that wasn’t the case with Kucherov. He launched himself into Kucherov’s head, and that is normally going to result in a suspension. Kronwall is also lucky that Kucherov wasn’t injured on the play, or else he probably would have recieved a longer suspension.

It’s a shame for the Red Wings that the NHL finally decided they wanted to hand down a suspension now. There have been far worse hits of the same variety in the past that haven’t landed suspensions.

There isn’t much you can argue with here. Kronwall left his feet, launched, and targeted Kucherov’s head, and in today’s NHL, that isn’t going to fly.

The Red Wings will have to find a way to fight through game seven without one of their top defensemen, but there is no doubt the NHL made the right call on this one. Stay on your feet, and there won’t be a suspension.