In a season that’s featured a nearly comical number of injury, the Bruins just keep winning. This was the case Tuesday when the team, already down David Pastrnak, would earn a point in their 17th straight contest in a 4-3 victory against the Carolina Hurricanes despite losing Johansson to injury early in the game.

The newly-acquired winger was injured following a massive hit that was delivered by Hurricanes’ forward Micheal Ferland. 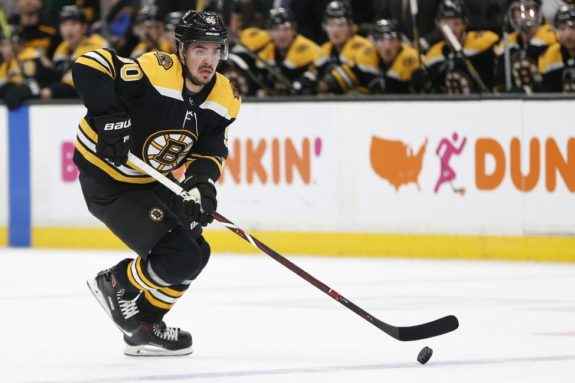 Though the hit wasn’t deemed dirty by Backes, the impact and severity of the hit ultimately led to the fight.

“I think it’s clean. I think it’s hard and clean, it’s shoulder-chest and you know, if guys are going to be running at our skilled guys then we have to keep them accountable. Give credit to him – he obliges and we go at it and you know, I think it was a decent fight. But the hit I think is clean and hard, one of our good skill players gets hurt and I felt it was pretty aggressive and we needed to have an answer for it.”

According to head coach Bruce Cassidy, Johansson remained in the hospital Wednesday for tests with an update set to be released later in the day.

In four games since being traded to the Bruins, Johansson has recorded one assist but has done a very good job at creating plays in the offensive zone. He’s up to 12 goals and 16 points in 52 games this season between the Bruins and New Jersey Devils.

Though Ferland didn’t make a dirty hit and probably did a good job of generating some energy for the Hurricanes, he still felt obliged to answer Backes when he came looking for a fight. While Backes called this admirable, it ultimately cost Ferland and his team as the veteran winger would soon leave the game following the tilt and wouldn’t return.

There wouldn’t be an update on the injury Wednesday for Ferland and his status for the team’s game on Friday will likely be determined Thursday when the team reconvenes following an off-day.

The 26-year-old has scored 17 goals and 35 points in 57 games this season and has been an integral part of the Hurricanes lineup. Any prolonged absence would be devastating for the Hurricanes are they currently sit tied with the Pittsburgh Penguins but hold the third position in the Metropolitan Division.

Between the Penguins, Columbus Blue Jackets and even the Montreal Canadiens, this final stretch of the regular season will be very important for the Hurricanes.

Keeping with the unfortunate theme of important players leaving games with injuries, the New York Islanders lost Lehner to an injury Tuesday and have yet to release an update on their star goaltender.

Lehner has been one of the best goaltenders in the NHL this season and has been a huge part of the Islanders success. In 38 appearances this season, the 27-year-old Lehner has gone 20-11-5 with an impressive 2.19 goals-against average and .927 save percentage. 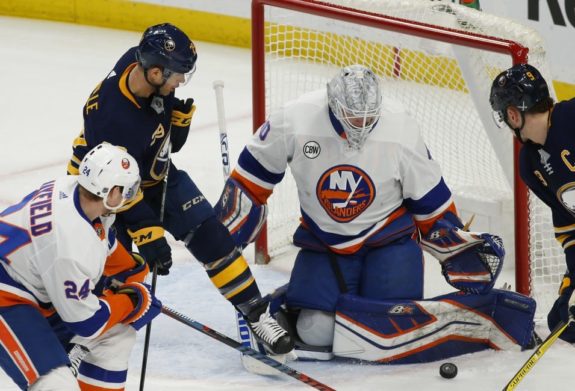 The Islanders currently holds the first spot in the Metropolitan Division with an identical record to the Washington Capitals. Nobody could have seen a top-10 season from the Islanders coming this season but entering the day, they sit in eighth place in the entire league.

In Lehner’s place, the team recalled Christopher Gibson on an emergency basis.