This weekend, the University of North Dakota travels east to take on the Wisconsin Badgers in an important two-game non-conference series at the Kohl Center.

Coming into this series, the Wisconsin Badgers should be well rested. The Badgers haven’t played a game since October 18, 2014. 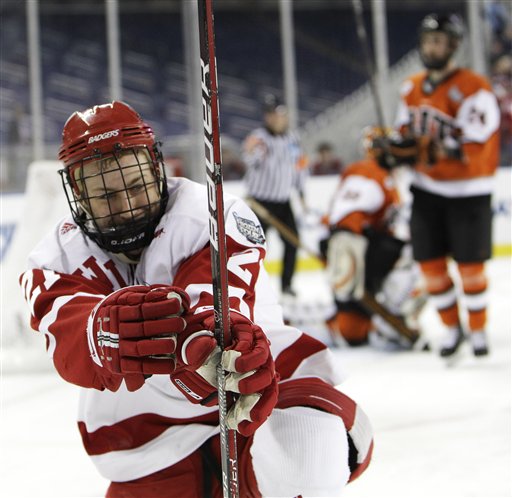 Tough Start for the Badgers

The Badgers have a dismal 0-4-0 (0.00) record and are off to a rough start. Coming into this weekend’s series, the Badgers are averaging 0.75 goals per game and giving up 2.75 goals against.

According to Badgers head coach Mike Eaves, he’s happy this series is at home this weekend.

“I’m glad it’s not in North Dakota,” head coach Mike Eaves said this week. “I think that would be a real jumping into the deep end, probably jumping off a 10 meter board into the deep end it would be more like if we were playing there.”

Wisconsin is hard place to play for UND.

“It’s fun building to play in, but it’s a tough building to go into and play in,” Hakstol said. “We’re going to go in there, in their home opener and we’ll get back to an old WCHA rival. It should be a competitive series for both teams.”

My prediction for this weekend, I am going with a series split, Friday UND 5-1, Wisconsin 3-2.