Another thing that is known is that some of the challenges that face the Kings this offseason are the same problems many teams will face. Budding players at the prime of their development, ready to take the next step towards asserting themselves into the roster is something teams must manage. Injuries and the time for recovery are both necessary for all professional athletes and teams during the offseason. But not all NHL clubs are as close to the salary cap as the Kings and not all teams have long contracts eating up a percentage of the salary cap for a player who is facing felonious charges and eating up four million dollars of potential cap space.

A Pending Trial and a Depreciating Dollar

The loss of Slava Voynov was devastating to the Kings for multiple reasons. Voynov was a player that slotted nicely as a second-pairing right-handed defenseman behind Drew Doughty and played in all situations. In addition to those things, Voynov was signed to a reasonable contract.

Aside from the decisions made by the NHL to suspend Voynov, it fiscally restricts the cap hit moving forward. Not only did the Voynov suspension inhibit Jordan Weal’s mid-season call up because his cap was still applied to the Kings, but can (and most likely will) handicap the Kings heading into free agency. The trial is set to resume in July.

Another concern for Dean Lombardi and any potential deals to be set in place is the pending salary cap. The most recent speculation states that the salary cap could around $71 million next year despite a depreciating Canadian Dollar that has fallen versus the United States dollar over the last two years. The Kings, including Voynov’s salary, have $64.1 million tied up to seventeen players.

Whether Voynov is found innocent or guilty, the trial will continue and the Kings are not sure how they can and will be able to appropriately spend money in the upcoming month.

So much emphasis must be put on the salary cap that teams who want to consistently stay in contention must consistently manipulate cap space in order to achieve continued success.

At that time, it looked to be a long-term for someone who was apparently injury prone and had a rough ending in Carolina and slow start in Los Angeles. Nevertheless, Williams now has three Stanley Cups and a Conn Smythe trophy on his resume. With his last salary cap hit at 3.65 AAV, it looks improbable that Williams would be paid less than he already is, even though he expressed sentiment towards staying in Los Angeles at the end of the season.

Contract discussions went cold in January as the focus turned to the season. Since the end of the season, no updates have been released as to whether or not the Kings and Williams have resumed discussions. On a positive note, there seems to be progress towards an extension with Andrej Sekera.

After the trade, the feeling was mutual that both parties respected each other and would hope that the possibility of a contract extension could be worked out. In late April, preliminary discussions began about a possible contract extension.

Restricted free agents Martin Jones and Tyler Toffoli are the two most important restricted free agents. Given Jones’ reliable play and Toffoli’s breakout season this year a pay increase is expected for the both of them. Any extra wiggle room from an increase in the cap ceiling could really help facilitate these transactions. 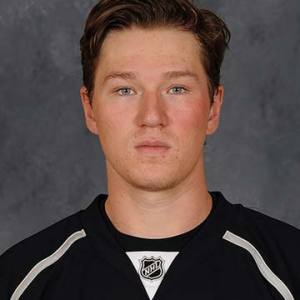 Nick Shore, Jordan Weal, and Andy Andreoff are also restricted free agents. Shore showed that he could be relied upon during a good portion of the year. Jordan Weal has no NHL experience, but the Kings could be looking to utilize a skilled center next season. Weal has shown consistent point production at all levels throughout his career and may be able to work his way into the Kings roster next season. Andreoff only played a handful of games and showed he can play at the NHL level, but is not a proven commodity for the Kings bottom-six.

All teams must go through some changes in an offseason, but this entire season has been riddled with adversity and negative externalities. During a time of recovery and what should be a few weeks off for those involved in the organization, there is much to be deliberated about over the next month